Federal criminal investigators go to court over a pay dispute

Federal criminal investigators are required to attend periodic training sessions. They go to any of several locations of the Federal Law Enforcement Training Center, FLETC. Investigators allege that during training periods, they are asked to work overtime, but not getting the overtime they’re entitled to. So they’ve filed a class action lawsuit. With details, the managing partner of the law firm McGillivary Steele Elkin, Greg McGillivary, joined Federal Drive with Tom Temin.

Tom Temin: Greg, good to have you on.

Greg McGillivary: Thank you. Good to be on.

Tom Temin: Tell us about the suit. This is a class action suit, but let me ask you about the federal criminal investigators, these are people in a variety of agencies – correct?

Greg McGillivary: That’s correct. They’re handling 14 or 15 different agencies in the federal government, their criminal investigators, occupational code that OPM has. And their pay is specifically defined that they receive something called law enforcement availability pay for unscheduled overtime to 25% premium. But for scheduled overtime, like other federal employees are supposed to receive time and a half overtime pay. And what the law states about is when they go to the federal law enforcement training centers, and our training, they’re told that they have to work on a six day of training, six days. And when they complained about that they’re told, oh you’re a criminal investigator, you don’t receive overtime pay, which is of course wrong. And actually one of the clients told me a story where he actually knew because we had represented him when he was a border patrol agent he knew the pay wall as well. And he said, no, that’s wrong. And then he was told to shut up and he gets lead pay, and that’s all he’s gonna get.

Greg McGillivary: It’s the fault of the training center itself. I’ve received a number of emails from criminal investigators over the years who have gone to the training center since we filed the lawsuit. And this has apparently been the practice for many years, that they’re just told, you’re in training, you be quiet, you’re not getting any extra pay. So it’s the training centers themselves.

Tom Temin: Normally, people are paid by the agency that sent them to FLETC – and so wouldn’t they report? Well, I mean, how does this work mechanically?

Tom Temin: Has anyone tried to report it anyway?

Greg McGillivary: No, because they’re in a very vulnerable spot when they’re going through training. So no, they have not. But we have, as we attached to the complaint, we have the schedules that show that they were scheduled to work overtime. And the fact that the employee didn’t report it is not going to be any sort of a barrier to their recovery of damages. That’s not a defense.

Tom Temin: I guess I’m wondering what is the Federal Law Enforcement Training Centers incentive? Since again, I’m presuming that the pay comes from the agencies that they are working for and not from FLETC.

Tom Temin: We’re speaking with Greg McGillivary, he is the managing partner of the law firm McGillivary Steele Elkin. And how long are they typically at FLETC for a training period? If they’re working six days, then at least a week – correct?

Greg McGillivary: 12 weeks is the normal time period that they go. But of course, they have refresher training courses that are two to four weeks as well.

Tom Temin: So when a 12 week period, then they could accrue up to 12 days or almost two and a half weeks of overtime.

Tom Temin: So this is not a trivial amount of money then that we’re talking about?

Greg McGillivary: No, I think we’re looking at probably five to $10,000 per plaintiff who’ve gone through the 12 week program. I do want to point out also that it’s a class action, but the class actions that are filed against the federal government are opt-in class actions, which means most people are used to opt-out where five or six people file for a group of employees. You can’t do that against the federal government, everybody will have to join the lawsuit to participate. But the process is is that the court if they certify the class, they’ll send out a notice to all of the criminal investigators to give them a chance to join.

Tom Temin: And how many people are potentially entitled to join this suit?

Greg McGillivary: Well, I’m not sure of the precise number. I know that there’s over 40,000 criminal investigators, but there’s a six year statute of limitations. So the 12 week training is the basic training, so that’s when they first come on. And I’m guesstimating that there’s probably 10-to-15,000 that are eligible.

Tom Temin: Wow. So what is the timeline here?

Tom Temin: Because we’ve seen other class action lawsuits with respect to people that were not paid during layoffs because of the government shutdowns. And in those cases, it took the government about 10 years, I think, to figure out everyone’s individual pay.

Greg McGillivary: Yeah, the one government shutdown cases really dragged out quite a while and we wouldn’t anticipate anything like that happening here. There’s no reason that we would have to do that. We do a lot of pay cases in our law firm, we have an expert witness who can calculate the damages when we get the payer records. And that’s why I think we can move it along pretty quickly.

Tom Temin: And just out of curiosity, in the practice that you have, what are the most common kinds of pay disputes that come up between federal employees and the government?

Greg McGillivary: It depends on the type of jobs. For the Border Patrol, we’ve represented a lot of prison guards, they have a lot of unpaid work time claims, like at prisons, they’ll have a meal period that they’re forced to stay on their post, and they won’t want to pay them for that. Or they’ll have them come in 15-20 minutes early each day, go through some security checks, and also go through debriefing and exchange of equipment, etc. – and they don’t want to pay them for that. So we’ve had a number of those cases, With the Border Patrol that was coming into work, you know, 20 to 30 minutes early, it was engaging in all sorts of activities off the clock that they were required to do like gun cleaning, and firearms training, things like that. So it’s a variety of different things. There’s often agencies don’t want to budget for all the work time that people perform. And other times they just miscalculate. We had a case for the air traffic controllers where they took credit hours instead of comp time, and they didn’t pay them for the credit hours, and they just didn’t pay for their overtime. And we were able to cover about $15 million for the air traffic controllers on that.

Tom Temin: And I guess I’m surprised because you would think of all places, the federal government would have pay as kind of a cut and dried affair. But I guess that’s not the case.

Greg McGillivary: No, it’s interesting that we also represent private employees. And the federal government is not that different in that they have budgets, and if they can save money off the backs of the employees, then they’ll do it. And I think in this case, particularly when they’re training criminal investigators to follow the law, and then they’re telling them, oh but we’re not going to follow the law on the overtime laws, you keep your mouth shut, we’re not paying you even though that’s a law. That just seems a little ironic to me.

Tom Temin: I imagine some of the investigators could be those working for Labor Department investigating private employers.

Tom Temin: Greg McGillivary is managing partner of the law firm McGillivary Steele Elkin. Thanks so much for joining me.

Tom Temin: And by the way, if someone wants to sign up for the suit, do they go to your firm website and be able to do it there?

Greg McGillivary: They need to contact us, just shoot us an email and we have a way to sign up and communicate with them to make sure they’re eligible. 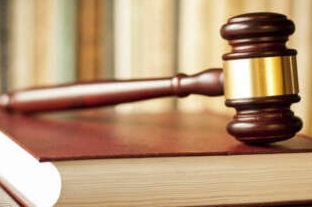 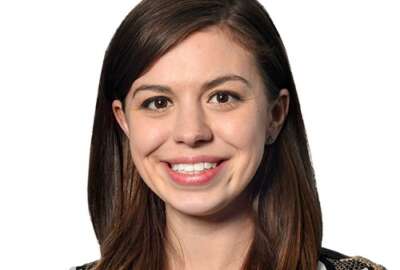 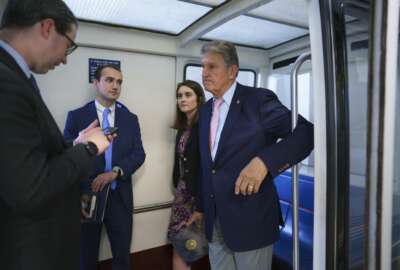 How did Congress move so fast on that Juneteenth law anyhow?