Most feds off Friday as Biden makes Juneteenth a federal holiday

Most federal employees will have tomorrow, June 18 off for observance as June 19 falls on a Saturday this year, the Office of Personnel Management said.

Today @POTUS will sign the Juneteenth National Independence Day Act, establishing June 19th as a federal holiday. As the 19th falls on a Saturday, most federal employees will observe the holiday tomorrow, June 18th.

Juneteenth commemorates when enslaved people in Texas learned of their freedom, more than two years after the Emancipation Proclamation was issued by President Abraham Lincoln. The news finally reached the port city of Galveston when Union soldiers arrived on June 19, 1865. The news was met with celebration and began the annual holiday.

The bill passed the Senate on Tuesday under a unanimous consent agreement, with the House following on Wednesday with a 415-14 vote. Nearly every state already recognizes Juneteenth as a holiday, but it now becomes the first federal holiday created since Martin Luther King Jr. Day was established in 1983. 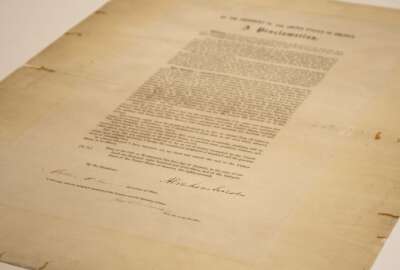