The best antidote to the current stock market might be Dramamine, the scooping ups and downs are enough to give anyone motion sickness, for federal employees, not the least. Here on the Federal Drive with Tom Temin, Certified Financial Advisor Arthur Stein with some strategic advice.

Interview transcript:
Tom Temin: And Art, it goes up, it goes down,...

The best antidote to the current stock market might be Dramamine, the scooping ups and downs are enough to give anyone motion sickness, for federal employees, not the least. Here on the Federal Drive with Tom Temin, Certified Financial Advisor Arthur Stein with some strategic advice.

Tom Temin: And Art, it goes up, it goes down, day by day. The other issue I think we should talk about is the fact that the bond market is no longer, at least at this time, a great antidote to what’s happening in stocks.

Art Stein: Yeah, what’s really unusual about this year isn’t the size of the declines in the stock market. It’s the size of the declines in the bond market. And this could be the worst bond market returns I’ve seen in maybe the last 40 years, or maybe in the history of the United States, or going back to the 1800s. But it’s been horrible. And just as an example, the F Fund in the TSP, which is based upon a bond index, which is U.S. bonds, federal bonds, and also corporate bonds, it’s down 15% over the last year, that’s pretty horrible.

Tom Temin: Well, what is it that drives bond returns?

Tom Temin: And could there also be less investor faith in the value of corporate bonds?

Art Stein: It’s certainly possible, Tom, because people are expecting a recession. And during a recession, more companies than usual  will go out of business. But we’ve also seen major declines in U.S. Treasury bonds. And people aren’t worried about those being paid back, those are complete, considered to be 100% safe. So it’s more the increase in interest rates than anything else.

Tom Temin: Because there’s also the factor of municipal and state bonds, since those entities can’t fund themselves into deficits. They do it by issuing bonds.

Art Stein: Well, municipal bonds, you know, some of them are guaranteed by the issuing state or municipality and some are not. So municipal bonds may fail to pay off, they may go bankrupt. I don’t know if you remember, but a long time ago, there was a huge collapse in I think it was Oregon, or Washington state of the power company. It was a nuclear power plant, and went bankrupt and all the bondholders lost all their money. And that was a municipal bond.

Tom Temin: Literally a bond meltdown, you might call it.

Tom Temin: And of course, investors, individual investors, especially those in the TSP, where it’s managed very carefully, have always figured well, when the stock market is weak, shift more to bonds and vice versa. And so that typical strategy doesn’t seem to work these days, does it?

Art Stein: Well, it’s not working this year, in the last 12 months. And there have certainly been times in the past when it did not work, because it’s not a given that when the stock market goes down, people switch their money into bonds and the bond market goes up. I mean, it’s not unusual that that happens. But it is not a given.

Tom Temin: And do bond prices reflect demand? I mean, stocks go up when lots of people want to buy them, just like some other commodity, but bonds are issued with a given interest rate. So is the demand pricing?

Art Stein: Absolutely. Demand pricing does affect bond values. One easy example is with U.S. government bonds, when there’s trouble in the world, many people want a completely safe investment. So they switch their money, or they invest more in U.S. Treasury bonds, drive up the value of U.S. Treasury bonds, that lowers the interest rate, which is good for us, also it can affect the value of the U.S. dollar, all kinds of things.

Tom Temin: Well, let’s hope those people don’t read the Congressional Budget Office reports for the long term. We’re speaking with Art Stein, the certified financial advisor in Bethesda, Maryland. And so for the individual federal investor, especially one who was thinking,  ‘Well, you know, maybe it’s time to think about relying on that TSP as part of my retirement’, should you just put your head in the sand and not look at your portfolio for a couple years? Should you change your allocations now?

Art Stein: Well,  if you’re working, you can afford to put your head in the sand. And we recommend that people continue to invest in the various TSP funds and not just run to the G fund because that it’s not down this year, it’s the only TSP fund that is not down all. The L funds, the lifecycle funds are also down.

Tom Temin: But the L fund, some of them are heavily into the G fund themselves.

Art Stein: Yeah, but even the most conservative L Fund, which is the L Income Fund, it’s 76% bonds, about 70% of that 76% is the G fund. But it’s down 3.6% over the last 12 months. I mean, the phrase you hear and that I end up using a lot, which makes me mad, because I feel so repetitive, there’s no place to hide, everything is down. And that’s why its a good time for people who are working and investing. Bad times for people who are taking money out of their investments to live on.

Tom Temin: So short of trying to pick stocks, which I think most qualified advisors tell people don’t try to pick stocks, you can’t time the market. Some people seem to have this talent. But they can also maybe play the violin, I don’t know. But otherwise, then, in some ways, it’s a good time to keep that regular allocation of your income towards your investments, because your income averaging what you’re buying. And if you believe in the system, it’s going to go up eventually. So you don’t want to sell out now in other words and sell low and then chase it later.

Art Stein: Yeah, we recommend that people don’t sell because the market is down you actually want to that’s a good, historically, that’s been a great time to buy.

Tom Temin: All right. What other advice do you have for people right now?

Art Stein: You know, I think you have to think of your stock investments. The stock funds in the TSP is a long term investment. And, you know, once interest rates stop going down and stabilize,  we’re hoping that the bond funds come back in a very strong way.

Tom Temin: And those of us that remember 1987, when you have a serious market setback, this doesn’t quite look as bad as what happened then either.

Art Stein: No. As I said this, for bond investors and bond investments, this is as bad as it’s been in at least 40 years. For stock investors. It doesn’t even come close to the largest declines. I mean, we’re down about 25, 30%, depending upon timing and things,  in 2008, when the C fund was down 55% The S fund was down even more.

Art Stein: Yeah. And if you’re looking at the minute by minute market declines, you’re only going to get yourself in trouble. 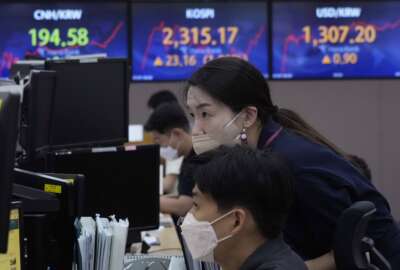 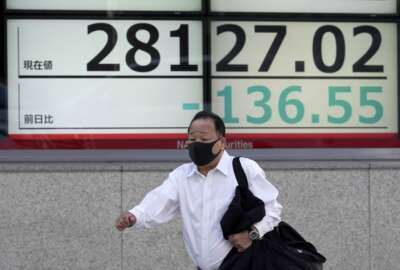