It’s rare we get to mention the Supreme Court and federal contracting in the same breath. But an interesting case is before the nine justices and it could have a wide-ranging impact on the agencies.

First the background: The case started with Kingdomware Technologies, a service-disabled veteran-owned small business providing government and commercial clients with Web, client, network and mobile applications, about three years ago protesting an award by VA.

According to the USASpending.gov site,...

It’s rare we get to mention the Supreme Court and federal contracting in the same breath. But an interesting case is before the nine justices and it could have a wide-ranging impact on the agencies.

First the background: The case started with Kingdomware Technologies, a service-disabled veteran-owned small business providing government and commercial clients with Web, client, network and mobile applications, about three years ago protesting an award by VA.

According to the USASpending.gov site, Kingdowmware has about 47 contracts worth about $812,000 from an assortment of agencies including the departments of Defense, Justice and Health and Human Services as well as the Small Business Administration and the General Services Administration.

The company targeted the Veterans Affairs Department as a potential client, hoping that the Vets First program would provide an opening. Under the Veterans Health Care, Benefits and Information Technology Act of 2006, VA created the Veterans First Contracting Program requiring it to consider service-disabled and veteran-owned businesses first and second priority when purchasing goods and services as long as there are at least two firms who are qualified. This is commonly known as the “Rule of Two.”

For all intents and purposes, the program has been a huge success in terms of getting more contracts and total dollars to service-disabled and veteran owned small businesses. In fiscal 2014 — the last year data is available, — VA awarded 18.7 percent or $3.6 billion to these firms, easily surpassing the governmentwide goal of 3 percent. By comparison, the government awarded 3.68 percent of all contracts to service-disabled firms.

Kingdowmware bid on a contract for under VA’s federal supply schedule program, expecting the Vets First rules to apply. When the company lost its bid, it protested on the grounds that VA should have awarded them or another service disabled veteran-owned company the contract based on the Rule of Two.

VA disagreed saying the Vets First program doesn’t apply to the schedules, especially after it reached its yearly goal of awards to service-disabled and veteran-owned small businesses.

So the appeals process has wound its way to the Supreme Court.

Tony Franco, a partner with the law firm of PilieroMazza in Washington, said the court asked for briefs from both the government and Kingdomware before hearing the case. The court is trying to understand whether the case is moot because VA says the contracts at the heart of the arguments have been fully completed.

Adding to the intrigue, the Government Accountability Office has routinely sided with vendors saying the Rule of Two does apply to VA schedules. VA has repeatedly decided not to follow GAO’s rulings, according to Kingdomware’s brief to the Supreme Court and other acquisition experts.

OK, enough about the background of the case and where it stands.

At the heart of this issue and why VA, the General Services Administration and most other agencies and vendors should be paying attention to this case is the wide ranging impact a decision for the plaintiff could have on federal contracting.

Scott Denniston, a former director of the VA’s Office of Small Business Utilization and Center for Veterans Enterprise for more than two decades and now executive director of the National Veteran Small Business Coalition, said the coalition’s position is that veterans are being hurt because VA is not using Vets First authority to maximum extent practical.

“It boils down to VA gets millions of dollars from industrial funding fee from agencies who use their supply schedules for health care and VA doesn’t want anyone to touch that,” Denniston said. “And if they use Vets First, the amount of work through supply schedules will decline and thus their IFF will decline. This is about VA making money. I believe VA has a couple hundred millions of dollar the VA supply fund.”

If the Supreme Court rules that the Vets First rules apply to all VA contracts, the case could open the door for similar ones with GSA’s schedule or for almost any multiple award contracts.

While the Vets First rules only apply to VA, other socioeconomic programs such as the Small Business Administration’s 8(a) or Historically Underutilized Business Zone (HUBZone) programs, or just a broader interpretation of Vets First may not be far off, experts say.

“This is very specific to the VA because they have their own certification program, but it’s becoming the gold standard for government and some procuring agencies saying we only want contractors from VA certified,” Franco said. “The Vets First legislation probably needs to be clarified. It may create political problem on the hill because people want to make sure they get the most competition, but how do you balance that against the needs of the veterans community in fairness and justice. There will be a conflict between the two needs: business or social interest of government.”

Denniston said there already is growing support on Capitol Hill for better support of veteran-owned businesses by the federal acquisition community.

“We have at least 50 members of Congress who have sent letters supporting Kingdomware,” he said. “We are optimistic but nervous about the Kingdomware case. The oral hearings will now be sometime in January and then the court will render decision in June before session ends.”

In addition to this case, lawmakers have not been happy with VA’s implementation of Vets First from the beginning. Most recently, Rep. Mike Coffman (R-Colo.) introduced a bill to reform the certification process of veteran owned small businesses.

So the Kingdomware case could be coming at a time when lawmakers are looking to improve the Vets First program. And it’s not out of rationale thought that one obvious approach is to make Vets First the rule for all schedules or MACs. 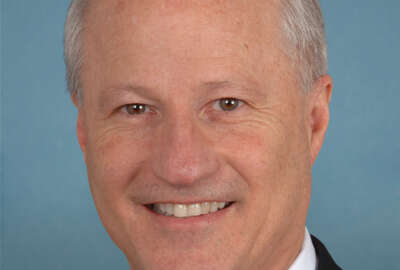