In the 16 years the Professional Services Council has been conducting its survey of federal acquisition workers, rarely has optimism been a key finding or even a discussion point.

But in the 2018 Acquisition Policy Survey, PSC and Grant Thornton found contracting officers, contracting specialists, program managers and chief procurement officers are more positive about the state of federal acquisition than ever before.

“While we continue to see challenges in the workforce, this year’s survey reflected a higher level of optimism about the ability of the government to execute its work and greater optimism about what’s likely to come in the next two years,” said Alan Chvotkin, senior vice president and counsel for PSC, during a press briefing yesterday. “The acquisition workforce is getting more seasoned. We are out of the ‘bath tub effect’ where there was a real drop in acquisition workers.”

Chvotkin said a two- to three-year hiring spree to bring in more acquisition workforce across the defense and civilian agencies was successful.

“So now the workforce is a little more experienced,” he said. “I think some optimism comes from having a better understanding of their jobs.”

Chvotkin said another reason for this positive outlook is contracting officers and program managers are more in control of their work and feel good about their skills and training to meet their agency’s goals.

The survey of 65 federal acquisition workers rated the workforce’s capability as “good” and they expect it will only get better over the next two to three years.

Sixty percent of the respondents rated collaboration with industry as a 3-out-of-4 or a 4-out-of-4, while 71 percent said collaboration and communication improved over the last two years.

Eric Heffernan, a principal with Grant Thornton, said another key point of the survey is employees feel they are closing the skills gaps.

“Particularly around executing complex acquisitions, over 81 percent said that was important and 27 percent said of our participants felt that the acquisition professionals were meeting the expectations and capabilities,” he said. “We still have a lot of room to grow with some noticeable other skills that were deemed very important are our ability to write good requirements, execute critical thinking and negotiations.”

At the same time, respondents say the future is bright with 63 percent expecting the workforce’s skills to improve over the next two-to-three years. The biggest expected advancements are in developing scopes of work and requirements and around critical thinking.

‘As-a-service’ still a challenge for acquisition

Chvotkin said one of the biggest areas the acquisition workforce continues to struggle with is buying the “as-a-service” model, which includes cloud computing and similar capabilities that include services and technology.

Another reason for the optimism is 16 percent of the respondents say the hiring process was easy or not difficult, which is the highest percentage ever.

Heffernan said some external factors like budget instability and hiring freezes also may impact how respondents viewed the hiring efforts.

At the same time, 28 percent of the respondents called hiring talent extremely difficult while 48 percent called it difficult, pointing out the well-known fact that it takes too long to bring on new employees.

Chvotkin and Heffernan say the survey isn’t all wine and roses. Agency acquisition workers have plenty of challenges and obstacles that stand in their way.

Budget conditions cause concern for acquisition

PSC and Grant Thornton conducted the survey before Congress passed the fiscal 2018 budget as well as the 2018 and 2019 budget deal. Respondents say the budget conditions worsened causing concerns about compressed acquisition timelines and spending money in the most effective way.

He said while DoD was preparing for the increase, many civilian agencies were preparing for cuts, meaning they slowed their acquisition spending.

“They didn’t get that increase appropriated until March 23, halfway through the fiscal year. The money isn’t even apportioned out by OMB until mid or late April, so it’s already passed six months into the fiscal year,” Berteau said. “[Civilian agencies] have half a year to spend 25 percent more money than they programmed for and they were not spending at the CR level. The data clearly showed from outlay perspective and contract obligation perspective, they were spending at the level of the President’s budget, well below the continuous resolution level.”

He said only have six months to make up a huge gap, and evidence shows it has not happened. Berteau said that PSC examined third quarter contract obligation data for civilian agencies and found it to be 6 percent below 2017. Berteau said typically between one-third and one-half of all spending happens in the fourth quarter of the fiscal year, but it will be difficult.

“With 12 percent more money, they are spending 6 percent less,” he said.

Heffernan said oversight and compliance is an area where respondents were most pessimistic about what the next few years will look like.

“The cumulative impact that this is having on the acquisition workforce, already considering the significant workload that they have particularly at the end of year spending cycles when you pile on top of that burdensome compliance and oversight inquires, it’s a multiplier effect on their ability to deliver,” he said. 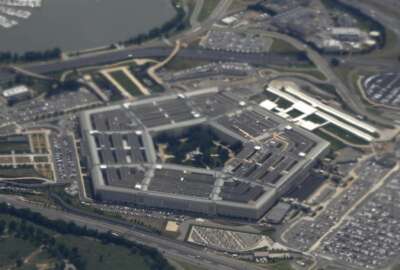