A new rule for those involved in federal acquisition

The Office of Federal Procurement Policy has been banging this particular drum for years now. Not only are agencies allowed to engage in discussions with industry before they craft procurements, doing so is usually a good thing. Now that principle is enshrined in the Federal Acquisition Regulation via a new rule issued just last week. To go...

The Office of Federal Procurement Policy has been banging this particular drum for years now. Not only are agencies allowed to engage in discussions with industry before they craft procurements, doing so is usually a good thing. Now that principle is enshrined in the Federal Acquisition Regulation via a new rule issued just last week. To go a little deeper, Federal News Network Deputy Editor Jared Serbu talked with Larry Allen, president of Allen Federal Business Partners, on Federal Drive with Tom Temin.

Jared Serbu: And Larry, like we said, this has been an ongoing message from OMB for, gosh, going back at least a decade when the Obama administration was working on its Mythbusters campaign. What’s new here exactly, as a practical matter out of this new federal register notice, I guess, other than the message that “we really, really mean it this time?”

Jared Serbu: And as I was kind of alluding to in the opening question, isn’t part of this just cultural? At a certain point, do you have to just say, it doesn’t really matter how many times certain people in government have this message communicated to them? They’re just going to be, as you said, risk averse, almost no matter what.

Larry Allen: Jared, I think that’s an excellent point. And in fact, the great irony is, this rule came out late last week, I believe it was the first. On the second, I spoke with a contracting officer who said, “We can’t talk to you, industry.” I was trying to set up a meeting with myself and one of my clients. And I said, “Well, have you seen this rule?” And I sent them a copy of the rule. I said “this encourages discussion.” And even with that — he claimed that he had read it — even with that, he said, “we still don’t want to talk.” So I’m not sure if he had an act of procurement. I don’t think that was the case in this situation. Obviously, if there’s an act of procurement, that would be one thing, but presumably, industry would have been tracking that so that people like me wouldn’t call him in the beginning. So what that really means is, you can put out all the guidance, all the myth busting you want. But at the end of the day, if the contracting officer doesn’t want to talk to you, they don’t want to talk to you. And sometimes that goes for the program manager too.

Jared Serbu: And I mean, what that tells me, I think, is that a lot of these folks see nothing but risk in having these conversations and don’t see any upside to it. So does the rule do a decent job? Or what would you tell people about what the upside is from the government’s perspective about having these kinds of presolicitation discussions?

Larry Allen: The simple fact of the matter is government wants to talk to industry because industry has the very latest information on what’s going on in this specific market segment. Government people may be busy with their daily missions, be only focused on specific topics when they come up as problems. But the people in industry are doing this every day, Jared, they know what the state of the market is. They know what the state of the art is. Those are two different terms. They can help government put together better acquisitions — acquisitions that will end up getting the government a better solution, that will work better, it will be more properly priced. And it will reduce their overall acquisition lead time because they only have to do the procurement once to get the right thing. There are a tremendous amount of upsides. So if you’re in favor of good communication with industry, you’re in favor of lowering your acquisition overhead, making sure that you get the best insights on what’s available in the commercial market and in other markets. And you’re in favor of reducing your price and being in favor of competition. Other than that, I’d be hard pressed to say what benefits there are from talking with industry.

Jared Serbu: Speaking of state of the market or maybe lack thereof — let’s see how awkward I can make this transition here — let’s talk about the NITAAC CIO-SP4 contract. We’re now quite a ways down the road from when initial proposals were submitter, as Federal News Network’s Jason Miller reported last week. NITAAC now reevaluating those proposals after, I don’t know if it’s a record, but a shocking almost 120 bid protests. What caused that huge number of protests in the first place? And is there any hope of salvaging this huge contract at this point?

Larry Allen: Well, Jared, what caused those protests in the first place was a whole slew of businesses, mostly small businesses who were protesting what they believed was the arbitrary application of a cut line, that is, the number of points a company or team of companies needed to score in order to be considered for award. NIH had started sending out notices to unsuccessful offerors saying that they hadn’t accumulated enough points, they were deemed unable to perform. And as soon as those notices were sent out, the protests were filed, saying, “wait a minute, that seems arbitrary. Justify why he made the cut line, at the point that you did. We believe that we’re viable for these reasons.” And there were a substantial amount of these protests. Now NITAAC has agreed to go back and take corrective action, to revisit the cutline, the number of points needed to assess whether or not you can actually perform and be eligible for a contract award. They’re also going to go back and fine tune some other things, and then they’ll make new award decisions. But Jared, that’s really only only going to result in a new round of protests. You’re going to create a cutline somewhere, unless you just take all comers. And that cutline, wherever it is, is always going to draw protests from unsuccessful offerors. So right now, if I had to say where CIO-SP4 is, I would say it’s in the ICU: the intensive contracting unit. And it needs some pretty significant help, I think, to get it well. This has dragged on for a while. And I think you’ve started to get some issues with pricing, as well as some of the solutions that were offered. The longer this goes without making an award, the longer we get away from the time when all of the submissions were put in in a timely manner. And either NITAAC’s gonna have to do a price refresh before they go for awards, or immediately thereafter, in order for any work to be done. So I think this contract, you’d hope the whole thing doesn’t just explode on the launch pad. But we’ve seen that happen before. NITAAC is going to have to take some pretty rapid and significant actions to ensure that doesn’t happen here.

Jared Serbu: And I assume that “take all comers” option is probably off the table, right? Because at that point, you’re seriously degrading the value of the contract to end customers if they’re going to have to do a whole bunch of task order level determinations about who should really be getting work.

Larry Allen: Sure. That’s exactly right. It removes one of the benefits of using a contract like this in the first place. The contracting agency already vetted the companies on the contract to make sure they were responsible and responsive contractors. If that hasn’t been done, then the task order agency has to do that, which is extra work for them. And it’s a disincentive. But taking all comers, Jared, would also be counter to everything that NITAAC said all the way through this process till now, which is “this is not meant to be an entry level contract for a government contractor.” There’s supposed to be some experience and sophistication and capability here. The agency is technically within its rights to take all comers. Although that might rankle some feathers with people who said, “Well, hey, we decided not to submit an offer because we actually believed what you said about this not being an entry level contract.” So I don’t think that NITAAC will go there for all of those reasons. But if not, then there’s every indication that the small businesses who feel like they absolutely have to have this contract will take every action they can to participate.

Jared Serbu: Last thing in our final minute or so here, Larry, this week, Congress has until next week to do something on appropriations. What how do you score the potential outcomes here as far as whether we get another [continuing resolution] that drags into the new year versus real appropriations next week?

Larry Allen: Jared, I think right now, it’s a virtual certainty that we’re going to get a CR. The only question is, how long is it going to be? We were probably always going to get at least a short term CR that would take us up to the 23rd of December, whenever Congress is going to leave town for the holiday. So I think that’s pretty much a certainty. Right now there are increasing clouds around the appropriations process about whether or not we’ll actually get a final omnibus bill right before Christmas. Before Thanksgiving break, there was a lot of optimism that that was going to happen. Last week, however, there were not a lot of breakthroughs in discussions among appropriators on the Hill. They’re really still looking for that top line number. And if they don’t have a top line number, then they’re not going to be able to allocate spending to all the individual accounts. So I had been optimistic that we’d get a deal before the end of the calendar year. I’m not nearly as optimistic now.

The government is buying so much, it needs to expand the acquisition workforce 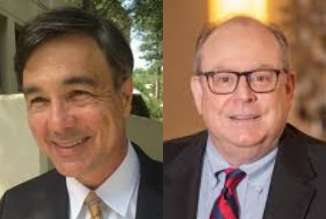 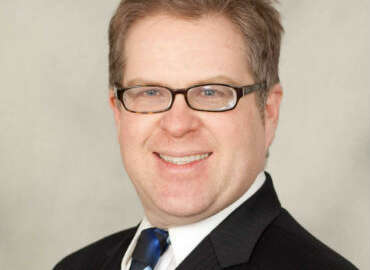