The Secret Service’s failure to conduct an after action review of a November 2011 shooting incident near the White House was a missed opportunity to learn from mistakes and potentially save millions of dollars.

That’s the determination made in a recently released report  issued by the Department of Homeland Security’s Office of Inspector General. It’s the latest critique to be added to a growing list of missteps taken by the beleaguered agency.

In a written response from Secret Service Director Joseph Clancy, he said the report was outdated and offered nothing new by way of conclusions and recommendations.

“The title of the draft report by itself appears a non-sequitur in relation to the rest of the report,” Clancy stated. “The incident that is the subject of this review occurred over four years ago. Since that time, the Secret Service has instituted a number of changes to our operations, protocols and procedures. The findings of this report are not only flawed, but merely report on old information, and offer no new insight or constructive conclusions; thereby, greatly limiting the overall value of this draft report.”

But DHS auditors defended their conclusions, arguing that the Secret Service had a responsibility “to examine its role and build institutional knowledge by identifying and documenting both best practices and areas for improvement.”

“Although the Secret Service has conducted after action reviews, defining what should be included in such reviews and completing a detailed analysis would help the Secret Service determine causes, necessary corrective actions and future requirement,” the report stated. “It would also help ensure informed decisions about necessary changes and effective use of budget and resources.”

The incident at the heart of the December audit is the shooting on Nov. 11, 2011 involving Oscar Ortega-Hernandez. According to the report, Ortega-Hernandez shot an assault rifle at the White House from an area along Constitution Avenue, hitting the building at least eight times and breaking a window.

Immediately after the shooting, agents launched an investigation. Ortega-Hernandez’s car, which he had crashed while attempting to flee, was turned over to the U.S. Park Police, the report stated. Secret Service searched the Ellipse area, and worked with the Foreign Mission Branch REACT teams as well as notified the Metropolitan Police Department and Arlington (Virginia) Police about a search for the shooter, who was later identified as Ortega-Hernandez.

The report found that one Secret Service officer mentioned hearing what sounded like debris falling to another agent, but neither reported it to a supervisor, the report stated. A third officer got wind of this observation but also did not report it.

Some uniformed officers who heard the shots did not respond immediately until reports of shots fired came through on the radio, auditors said. Certain instances require officers to maintain their posts and “this may have been an appropriate response,” the report stated.

But at least one officer reported not being familiar with post procedures, the report stated, while another said they did not hear anything over the radio due to static.

Another concern brought up in the IG report was that a preliminary lookout was not issued for Ortega-Hernandez. Had a lookout been issued, the IG stated, he might have been detained by Arlington Police, who stopped him earlier on Nov. 11 after someone called in a suspicious person report.

The IG also took issue with the Secret Service failing to “reassess its level of involvement in the investigation after interviewing eyewitnesses” the next day, who said it was a lone shooter aiming from the south side of the White House.

“Given the Secret Service’s mission and the relatively rare instances of shootings south of the White House, more active Secret Service assistance to the Park Police in the initial stages of the investigation may have been appropriate,” the report stated.

According to the report, the Secret Service reprogrammed at least $17 million to improve infrastructure around the White House and in fiscal 2014 requested an extra $14 million for its budget to help cover added security cameras and installation of ballistic glass, the report stated.

“Because it did not formally identify security risks and evaluate options for addressing them, the Secret Service cannot ensure it invested resources where they were most needed,” the report stated. “Even if resource allocation decisions were correct and sustainable, without conducting and documenting its review and analysis, the Secret Service did not take steps to retain lessons learned from the incident.”

But the IG did credit the agency for updating certain processes, including canvassing the White House when there is nearby gunfire, as well as implementing the Mission Assurance Inquiries, “which review a particular program or incident even to assess whether policies were followed and whether protective policies or investigative operations can be improved.”

Clancy said the Mission Assurance Inquiries have contributed to “the improvement and efficiency of operations at the Secret Service.”

The OIG said in its report that it was also investigating two other incidents from September 2014, one in which a contracted security guard who was armed came within close range of the President, and a man who jumped the fence and was able to run into the White House’s East Room. The IG office stated it would be issuing separate reports on each of those incidents.

A final IG report with recommendations will be issued at a later date. 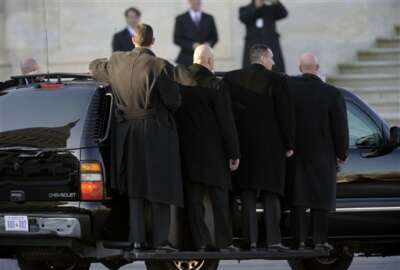 A Secret Service agent hops on the Metro … 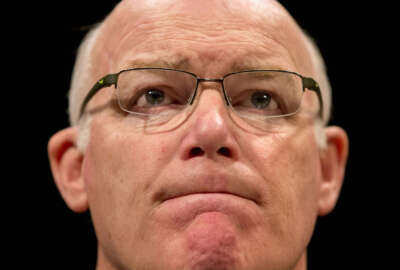