The first details of the impact that the three-year-old Data Accountability and Transparency (DATA) Act is having on agencies emerged Wednesday.

The Government Accountability Office released its first mandated report on data quality and use. GAO found an expected mixed bag of success and struggles when it comes to standardizing and reporting procurement and grants data.

“In the three years since enactment, the Office of Management and Budget, Treasury and federal agencies have made significant...

The first details of the impact that the three-year-old Data Accountability and Transparency (DATA) Act is having on agencies emerged Wednesday.

The Government Accountability Office released its first mandated report on data quality and use. GAO found an expected mixed bag of success and struggles when it comes to standardizing and reporting procurement and grants data.

“In the three years since enactment, the Office of Management and Budget, Treasury and federal agencies have made significant strides to address many of the policy and technical challenges presented by the act’s requirements, including standardizing data elements across the federal government, linking data contained in agencies’ financial and award systems, and expanding the type of data reported,” GAO states in its report. “However, our audit of the initial data submitted by agencies and made available to the public on Treasury’s Beta.USAspending.gov website shows that much more needs to be done if the DATA Act’s promise of improving the accuracy and transparency of federal spending data is to be fully realized.”

Auditors say agencies continue to struggle with inconsistencies in their data on acquisition awards, reporting incomplete information and ensuring the data meets the need of the end users.

At the same time, GAO states agencies made progress in how accurate the data they are reporting to Beta.USAspending.gov is as well as the timeliness of the reporting.

Along with GAO’s reporting, agency inspectors general are releasing specific reviews on how each department met the goals of the law. At least 15 IGs from large and small agencies alike have posted their DATA Act reviews on the Oversight.gov portal. This also was GAO’s seventh report on the DATA Act since 2014.

The results of the GAO and IG audits are not unexpected. The law required the oversight authorities to report on agency progress before the May 2018 deadline when OMB and Treasury must ensure the data standards are applied and the spending information is available on the USAspending.gov site.

OMB and Treasury have been working with agencies to improve federal efforts around data reporting and fixing the underlying systems, knowing full well these first reports will show problems.

One example of GAO and IG reporting that may not tell the entire story of the agency progress is  around the completeness of the records.

For example, GAO estimated that only between 0 percent and 1 percent of award records were fully consistent.

“This represents a decrease in consistency from what GAO reported in 2014, when GAO estimated that between 2 and 7 percent of award records were fully consistent. A record was considered ‘fully consistent’ if the information it contained matched agency sources for every applicable data element,” GAO stated.

So if a file was missing one data element, then it was considered incomplete. This is why OMB and Treasury expect agencies to make quick improvements to how complete their files are as they further implement data standards and upgrade systems.

Additionally, the IGs and GAO have been meeting with the CFO Council regularly to offer updates and findings so agencies can address problems almost on a real-time basis.

It also gave OMB and Treasury an opportunity to address governmentwide challenges.

GAO and the IGs made recommendations for every agency and for OMB and Treasury to address governmentwide challenges. GAO wants OMB to continue to provide technical assistance and to clarify existing guidance specifically around the data related to primary place of performance. GAO says Treasury should address data submission and monitoring processes to help ensure the completeness and accuracy of information.

“While the DATA Act holds agencies accountable for the accuracy and completeness of their data submissions, these data quality challenges demonstrate the critical importance of having OMB and Treasury make additional progress in addressing our previous open recommendations regarding the development of a robust and transparent data governance structure to ensure the integrity of established data standards, and to implement controls for monitoring agency compliance with DATA Act requirements,” GAO states.

OMB and Treasury also are working on a list of lessons learned to share among agencies based on IG and GAO findings. Additionally, the two DATA Act leads are improving the Beta.USAspending.gov portal with better technology, including a compilation engine.

“[W]e note that while the Congressional Budget Office estimated the cost of the implementation for the DATA Act at $300 million across the federal government, this new and unprecedented view connecting audited financial system data to award-level data (verified and validated in the case of procurement awards) was accomplished almost entirely within existing resources” wrote OMB Deputy Controller Mark Reger in the administration’s response to the GAO report. “We are pleased with the ongoing, agile and iterative implementation efforts to date and appreciate GAO’s observations of continuing opportunities to improve.” 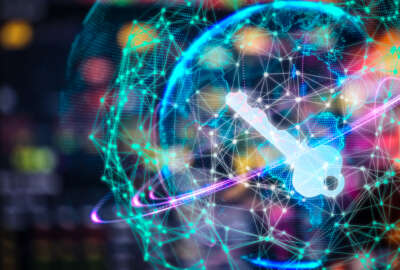 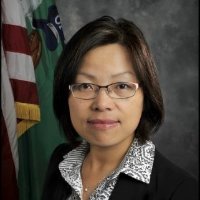