GAO: Few agencies have moved ahead on using metrics to inform policy decisions

Despite a number of recent initiatives aimed at getting agencies to make more data-based decisions, the Government Accountability Office finds agencies haven’t moved the needle much on using performance information.

GAO, in a report released Wednesday, found that agencies’ use of performance information to make policy decisions hadn’t changed much in 2017, compared to 2013, when it ran its last governmentwide survey.

“As the nation confronts both new and long-standing challenges, the public expects the...

Despite a number of recent initiatives aimed at getting agencies to make more data-based decisions, the Government Accountability Office finds agencies haven’t moved the needle much on using performance information.

GAO, in a report released Wednesday, found that agencies’ use of performance information to make policy decisions hadn’t changed much in 2017, compared to 2013, when it ran its last governmentwide survey.

“As the nation confronts both new and long-standing challenges, the public expects the government to be more transparent and accountable. This requires federal agencies to focus on their performance and improving results,” GAO wrote in its report.

Despite the governmentwide plateau in scores, GAO highlighted some top-performing agencies.

“When a result is statistically significantly higher than the governmentwide average, like GSA’s 2017 index score, this suggests that the agency’s use of performance information is among the highest results when compared to the rest of government,” GAO wrote. “These agencies could also have insights into practices that led to relatively high levels of performance information use.”

The report also highlighted the Department of Transportation’s National Highway Traffic Safety Administration as another case study for agencies to consider.

The program used performance information to identify and share best practices for increasing seatbelt usage across the country.

For its 2017 survey, GAO reached out to more than 4,000 managers from the 24 agencies covered by the Chief Financial Officers Act.

However, the report found that efforts to improve data-driven decision-making haven’t filtered down to all layers of management.

“Our past work has found that the executive branch has taken steps to improve the use of performance information in decision making by senior leaders at federal agencies. However, our survey results indicate those steps have not led to similar improvements in use by managers at lower
levels.”

The push for more data-driven decision-making at agencies recently got increased attention under the President’s Management Agenda (PMA) and the Trump administration’s government reform plan, which it released in July.

“If we expect agencies to test innovative strategies and execute effective programs, we must enhance
federal agencies’ ability to conduct program evaluation and other evidence-building activities,” the reorganization plan states.

The PMA seeks to leverage agency data as one of its cross-agency priority (CAP) goals, in order to “increase the effectiveness of the federal government, facilitate oversight, and promote transparency.”

However, GAO found that the CAP goal, and a follow-up guidance in June 2018, don’t adequately put agencies on a pathway to making data-driven decisions.

“The existing action plan, released in March 2018 and updated in June 2018, does not yet include specific steps needed to improve the use of data—including performance information—more extensively within agencies,” GAO wrote.

On the legislative front, House Speaker Paul Ryan (R-Wis.) and Sen. Patty Murray (D-Wash.) introduced the Foundations for Evidence-Based Policymaking Act last November. The bill would require each agency to name a chief data officer and a chief evaluation officer.

The bill was introduced following the release of a Commission on Evidence-Based Policymaking report in September 2017, which looked at ways the federal government can take data it’s already collecting and putting it into metrics that track the progress of agency programs.

The bill’s goals follow closely to what GAO has recommended in its report.

“To successfully implement reforms and improve their operations and results, agencies will need to robustly manage their performance. This involves not only measuring progress toward goals, but also using that information to identify and correct problems, improve program implementation, and make other important management and resource allocation decisions,” GAO wrote.

Congress first broke ground on data-driven decisionmaking in 1993, when it passed Government Performance and Results Act (GPRA), which tasked agencies with developing long-term and annual performance goals, and then providing annual progress updates on those goals.

“GPRA’s requirements had laid a solid foundation for results-oriented management. At that time, we found that performance planning and measurement had slowly yet increasingly become a part of agencies’ cultures,” GAO wrote.

For example, GAO found that managers reported having significantly more performance measures in 2003 than in 1997, when GPRA took effect.

But for all the initiatives around data-driven decisionmaking, GAO said agency managers still need to take action to improve the culture of metrics at their agencies. 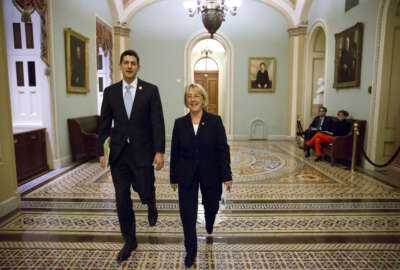 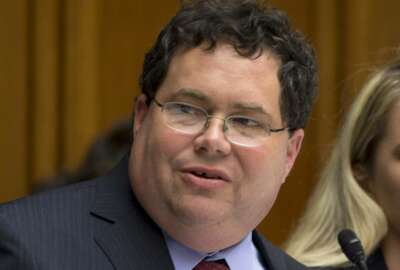