Several members of Congress are awaiting answers from the Small Business Administration. They want to know whether SBA is providing pandemic spending data requested by the Government Accountability Office. GAO got a specific oversight duty when Congress appropriated hundreds of billions of dollars to help small businesses through the shutdown. Joining Federal Drive with Tom Temin for...

Several members of Congress are awaiting answers from the Small Business Administration. They want to know whether SBA is providing pandemic spending data requested by the Government Accountability Office. GAO got a specific oversight duty when Congress appropriated hundreds of billions of dollars to help small businesses through the shutdown. Joining Federal Drive with Tom Temin for more, the chairman of the Appropriations Committee’s subcommittee on Financial Services and General Government, Rep. Mike Quigley (D-Ill.).

Tom Temin: Mr. Quigley, good to have you on.

Rep. Mike Quigley: Thank you. Glad to be here.

Tom Temin: Now, this letter to the SBA went out a couple of weeks ago. Have you gotten an answer yet?

Rep. Mike Quigley: Well, I think there’s been some progress but clearly not enough. This is a letter we sent out with Chairwoman Lowey, and it’s been made clear that the issue is still not resolved.

Tom Temin: What specifically did GAO say that they are not getting from SBA?

Rep. Mike Quigley: I was just informed that some progress has been made, but that they still haven’t provided all the requested data. I understand there have been conversations between staff and the administrator and the Comptroller General about how to share the PPP loan information, and all the conversations have indicated SBA is taking some steps to provide the requested data, which they’ve indicated isn’t a simple flip of the switch because of how large the loan files are. But GAO is a way in to receive all the data. But back when when we first raised this, the administrator, she expressed an eagerness to comply during our conversation. For us, obviously sunlight is the best disinfectant. This is a tremendous amount of money, and it concerns us that they still haven’t complied, whatever the reasons they’re giving.

Tom Temin: Essentially what Congress, what GAO, what the American people may want to know is precisely who got the dollars and how much went to each individual business — is that ultimately what we’re trying to drive at?

Rep. Mike Quigley: Absolutely. I mean, this is a tremendous amount of money. There were issues that were pretty public about who got the money that shouldn’t have gotten the money, and there were issues of concern of particular sensitivities with people close to the administration getting resources. If there’s nothing untoward, then there’s no problems here. But the whole point being these are huge quantities of money. We passed $2 trillion in the first CARE, then we doubled down in the second CARES. And of course, in HEROES, we’re going to do so much more. So this is all happening at a time when the president has gotten rid of inspectors general that he doesn’t like, but that raises a lot of questions when you’re dealing with this much money. So it’s extremely important right now. It’s a difficult time in our nation’s history. Again, this is a tremendous amount money, the public has a right to know who’s getting their hard earned dollars.

Tom Temin: Now, there’s another oversight apparatus that Congress established, and that is the Special Inspector General for Pandemic Response. And finally, the Senate did confirm Brian Miller to head that up. I guess it’s starting to get up and running, they don’t have a website the last I checked. What about that group in addition to the GAO, is there any coordination for how they can maybe share the duties?

Rep. Mike Quigley: I’m gonna be very interested in how they operate, how much independence they truly have. And again, this administration has virtually gone to war with inspector generals. That can’t continue given the magnitude of this program. So I’m going to be very concerned whether or not they get cooperation, whether or not they’ve been allowed to have the resources, the autonomy, the independence that they need — as well as the temporary oversight committee that’s going to be reviewing these as well.

Tom Temin: Of course Congress appropriated hundreds of billions of dollars for the operations of federal agencies themselves so that they could gear up to spend the trillions on different parts of the economy. And as you consider budget bills are now starting to be assembled for 2021, would you use that as leverage to kind of get what you want on the oversight front from some of the involved agencies?

Rep. Mike Quigley: So far the agencies that I deal with, the ones that are under the control of funding of financial services, general government, have been working with us pretty effectively. But we make it clear that cooperation is a two way street, that we expect them to act appropriately with openness and candor, not just with us, with the American people. And at this point in time, we haven’t had the use such leverage. But I think it’s the constitutional right of Congress to have this sort of oversight. Obviously, we fund the government, and I think it’s fair for them to comply with doing that which the law requires and being open and transparent.

Tom Temin: Aside from the possibility that Trump associates got some of this relief money, that would still be a very tiny percentage of all the dollars that went out. There’s also the concern of maybe companies that don’t exist getting money, or fronts for other people. I mean, there’s a million possibilities. What’s your suspicion? What are you most worried about when it comes to how that pandemic money was dispersed by SBA?

Rep. Mike Quigley: Well, I am mindful of the fact that this was put together in about nine days and it was absolutely critical. Former Fed chief, current Fed chief, we’re saying you need to do something as quickly as possible. So the first thing in my mind was that it that it function appropriately in the way that we want it to, and that it’s so effective, that it gets the job done. Second is that people have complied with the law and not done something inappropriate that people shouldn’t get in the resources got them, and again use the money the way they’re supposed to do, our oversight function. We’d like to think in partnership with the executive branch, the corrupt aspects of things are all possibilities in government, as long as the almighty makes people out of flesh and blood, they’re going to fall short of what we expect — and we have to have systems in place that are doubled up, tripled up, to make sure that people comply with the law and they don’t do anything they shouldn’t so.

Tom Temin: Because once the knowledge comes in, then comes the reaction and what the government does about it.

Rep. Mike Quigley: As you say, it’s a small percentage that conceivably would be with Trump, people close to the President. But what we’re dealing with here is something that’s even more important than that, and that’s the public’s trust. And I agree if it’s a fraction of 1% that was used inappropriately, or there was something corrupt about its use, that needs to be found out and people need to be held accountable. That’s why transparency in this process is so important. We have to secure the public trust. I come from Chicago and Illinois with two of the last four governors are in jail or were in jail. And what I learned was that the real cost of corruption is that loss of the public’s trust, and we need to do everything possible to to keep that trust. The best tool to do that is transparency, and that’s why it’s so important for these agencies to comply with requests from Congress, from GAO, and so forth.

Tom Temin: What do you feel might be the next step once Congress returns from the recess?

Rep. Mike Quigley: I have hope that they’ll comply, and that they’ll be in a better position to comply in the future. My message to them is, if you need additional resources or a change in priorities so that it makes it easier to turn over large files, fine. Let us help you comply with our request. We have so many other issues to deal with. We’re dealing with multiple crisis in this country, we don’t need to add to it. I would rather spend my time as an appropriator doing the normal functions as member of other committees and the number of work we have to do in Congress, then to have to track this down. But let there be no mistake, until they comply, we’re going to be on this.

Tom Temin: And the question I’d had earlier I just wanted to get through in that is, when all is known, let’s say ideally about where the spending went, there will be those that just simply got money that they might have not been entitled to, a bakery or a shoe store or something, because the rules were so complicated, then there will be those that defraud Medicare or Medicaid. They form syndicates to do this, and sometimes the numbers are scary, they’re so large, Do you sense that there will be a prioritization of who the government really goes after when we do know?

Rep. Mike Quigley: There’s always a prioritization in any compliance measures or in any investigation. Look innocent mistakes made because of complicated rules, everyone can understand. But obviously, there’s a difference between that and deliberate efforts to defraud and cheat the American taxpayer, we can figure that out. Again, if there’s cooperation between the executive branch and the and the Congress, we can accomplish these things. If there’s no cooperation between those two, then finding out exactly what took place becomes much more difficult.

Tom Temin: Illinois Congressman Mike Quigley is chairman of the House Appropriations Committee Subcommittee on Financial Services and General Government. Thanks so much for joining me. 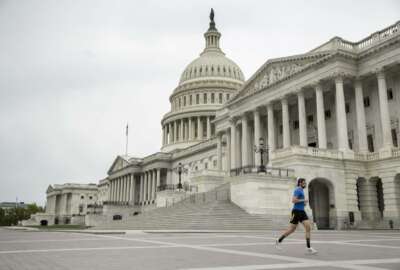 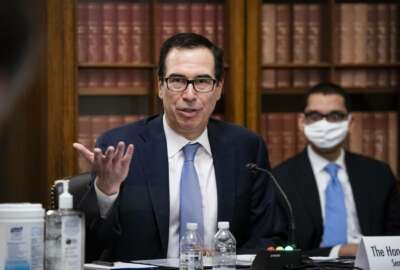