The latest coronavirus spending bill introduced in the House would increase the independence of inspectors general, provide financial assistance to the Postal Service and would push back statutory deadlines for 2020 census data.

The $3 trillion HEROES Act revisits many of the resolved issues from the $2 trillion CARES Act and outlines the priorities that House Democrats are willing to negotiate over, but it’s unlikely to make it out of the House, let alone the...

The latest coronavirus spending bill introduced in the House would increase the independence of inspectors general, provide financial assistance to the Postal Service and would push back statutory deadlines for 2020 census data.

The $3 trillion HEROES Act revisits many of the resolved issues from the $2 trillion CARES Act and outlines the priorities that House Democrats are willing to negotiate over, but it’s unlikely to make it out of the House, let alone the Senate or the White House.

While the House expects to convene Friday to vote on the bill, the legislation received pushback from House Minority Leader Kevin McCarthy (R-Calif.) and House Minority Whip Steve Scalise (R-La.), who urged members Wednesday to vote against the bill.

The HEROES Act would only allow the president to remove an IG under a limited set of circumstances, including violation of the law, neglect of duty or abuse of authority.

Last month, President Trump fired intelligence community inspector general Michael Atkinson, and told the House and Senate committees that he no longer had confidence in Atkinson to do his job.

That decision raised bipartisan concerns in the Senate, which requested a “more detailed reasoning” for Atkinson’s removal.

Shortly after, Trump effectively removed Glenn Fine, the Defense Department’s former acting inspector general, as the chairman of the Pandemic Response Accountability Committee by naming a new acting IG for the agency.

Fine continues to serve in his Senate-confirmed role as DoD’s deputy IG.

The Democratic leaders of 20 House committees had also asked Council of the Inspectors General on Integrity and Efficiency Chairman Michael Horowitz for input on legislation that would protect the independence of IGs.

This measure reflects what nine former IGs requested from Congress in a letter circulated by Project on Government Oversight.

The bill would also expand the eligibility of candidates to serve as the Chair of the Pandemic Response Accountability Committee to include deputy IGs and senior IG office staff.

The Government Accountability Office would also receive an additional $30 million to conduct governmentwide reviews and audits into pandemic spending.

It also requires GAO to issue reports in the coming years that look at gaps in the public health workforce and how the U.S. can better stockpile medical supplies and equipment to respond to future pandemics.

USPS gets $25 billion in emergency funding

The spending bill would give the Postal Service $25 billion in emergency funding that would last through September 2022. The agency is normally self-funded and does not receive appropriations from Congress.

The bill would also modify language in the $2 trillion CARES Act that would streamline the Postal Service’s ability to borrow $10 billion in an expanded line of credit from the Treasury Department.

Treasury and postal officials have been in negotiations over what reforms USPS would be willing to accept in exchange for receiving the $10 billion loan.

Meanwhile, Trump has warned that his administration won’t approve the loan until USPS agrees to raise its package and shipping prices, which make up about 30% of its total revenue.

The bill offers funding to the Postal Service on the condition that the agency prioritizes the purchase of protective gear for its workforce of more than 600,000 employees.

The bill would also give the USPS inspector general $15 million to oversee this spending.

The provision bears some similarity to a House version of the CARES Act that didn’t make it through negotiations with the Senate and the Trump administration.

The Package Coalition, which represents commercial shippers, said the HEROES Act would give the USPS a financial lifeline without raising package prices.

“Its services are especially critical for rural Americans who, absent USPS, would be forced to pay rates prices for private delivery services. It is imperative that USPS continues to operate at full tilt to keep our economy going,” Package Coalition Chairman John McHugh said in a statement.

The bill also grants a request from the Census Bureau and Trump administration officials to push back statutory deadlines for the 2020 count.

While the bureau expects to complete the enumeration phase of 2020 operations by the end of October, the spending bill would give the bureau until April 2021 to published apportionment and state redistricting data — a four-month extension from what’s outlined in federal law.

However, the bill would require the Census Bureau to provide monthly updates to the House and Senate appropriations committees, as well as the House Oversight and Reform Committee and the Senate Homeland Security and Governmental Affairs Committee.

The bureau has restarted some operations in 13 states, dropping off census packets at the doorsteps of households in rural areas that don’t get mail delivery at home or the mail delivery information for that household can’t be verified.

The bureau expects to resume more field operations on a phased basis on June 1 and begin non-response follow-up in August. That phase of operations will send hundreds of thousands of enumerators door-to-door to follow up with households that have yet to fill out the 2020 census. 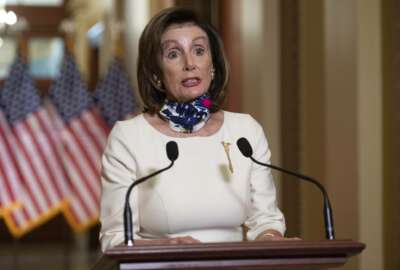 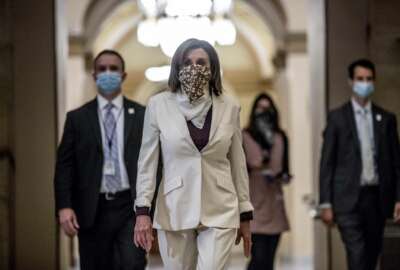