Congress — whenever it does return to Capitol Hill — will begin debating a fifth coronavirus relief package, but there’s little consensus on what priorities the legislation should cover.

The Republican Study Committee offered up its own take earlier this week, proposing a 37-point blueprint for “recovery, accountability and prosperity” during the current pandemic.

Congress — whenever it does return to Capitol Hill — will begin debating a fifth coronavirus relief package, but there’s little consensus on what priorities the legislation should cover.

The Republican Study Committee offered up its own take earlier this week, proposing a 37-point blueprint for “recovery, accountability and prosperity” during the current pandemic.

“We believe future legislation related to COVID-19 should contain policies which empower our federal workforce, optimize the utility of existing government facilities and streamline federal rules to facilitate our nation’s economic recovery,” the study committee’s Government Efficiency, Accountability and Reform task force said in an April 27 letter to congressional leaders.

One proposal would expand a provision in the Coronavirus Aid, Relief and Economic Security (CARES) Act, which allowed the Department of Housing and Urban Development and Securities and Exchange Commission to waive standard Title 5 hiring procedures during the pandemic.

All agencies should have access to this hiring flexibility, the study committee said.

“The challenge of responding to the COVID-19 pandemic has brought out the best in many of America’s federal personnel,” the committee wrote. “These patriotic civil servants, along with countless experts in the private sector and generous volunteers, have done their best to respond to an extraordinary global crisis. Still, the need for more highly trained and specialized workers to join the federal ranks has been made apparent.”

The committee also called for changes to the General Schedule pay system, as well as an expansion of performance bonuses to reward certain federal employees.

The Office of Personnel Management has already allowed agencies to raise the aggregate annual cap on premium for some federal employees working during the pandemic.

The Republican Study Committee also recommended advancing a proposal that would revise existing laws that limit the sale, lease or donation of federal office space. Rep. Greg Murphy (R-N.C.) previously introduced this proposal in the form of the Eliminate Agency Excess Space Act.

“This simple reform would ease the transfer of unused federal buildings to support health care workers serving on the front lines of the COVID-19 crisis,” members wrote.

In addition, the study committee is advocating for measures it said would eliminate stimulus payments improperly given to deceased Americans through the CARES Act.

The committee is pushing for the passage of the Stopping Improper Payments to Deceased People Act, which has bipartisan support and has already passed the Senate Homeland Security and Governmental Affairs Committee on multiple occasions.

The bill would give all agencies access to the same death database and would require states to share information with the Social Security Administration.

Finally, the study committee suggested changes to the federal permitting procedures, which members argued would “facilitate a speedy economic recovery by streamlining” the National Environmental Policy Act (NEPA) and Endangered Species Act (ESA) processes, among others.

“In so many cases, the existing burden of bureaucracy and over-regulation has unnecessarily hindered the ability of the federal government to respond to this evolving crisis,” the Republican Study Committee letter reads. “Federal agencies have had to waive hundreds of rules and mandates that otherwise would have contributed to loss of life, economic uncertainty and an exploding federal deficit.”

Robert Shea, a principal at Grant Thornton and a former executive at the Office of Management and Budget, said the study committee’s recommendations would address several longstanding government management challenges.

“Though they alone won’t solve big problems, they are a start,” he said.

But others say the study committee’s proposals are an attempt to push through unrelated priorities.

“These attempts to strip protections provided by the ESA and NEPA are not reasonably related to concerns raised by the COVID-19 pandemic, but rather an unvarnished attempt to pile on to the Trump administration’s assault on the ESA and NEPA,” said Alejandro Camacho, a law professor at the University of California-Irvine and a member scholar with the Center for Progressive Reform.

Congressional members have made a wide variety of other recommendations for the federal workforce.

Senate Democrats are pushing for $25,000 pandemic premium payments for essential federal employees working on the frontlines of the coronavirus crisis.

Two of the top leaders on the House Oversight and Reform Committee offered up their own list of proposals for federal employees and contractors, including a recommendation that would allow participants in the Federal Employee Health Benefits Program (FEHBP) to make changes to their insurance during the pandemic.

Another group of House Democrats, which includes Reps. Bonnie Watson Coleman (N.J.), Mark Pocan (Wis.) and Salud Carbajal (Calif.), have urged their colleagues to support a separate proposal allowing part-time federal employees a chance to enroll in the FEHBP.

The three members sought their colleagues’ support last week on several other recommendations for the federal workforce, including one that would provide Title 5 collective bargaining rights and General Schedule pay to officers at the Transportation Security Administration.

The proposal mirrors the Rights for Transportation Security Officers Act, which the House passed earlier this year. The Senate has yet to take up the bill. 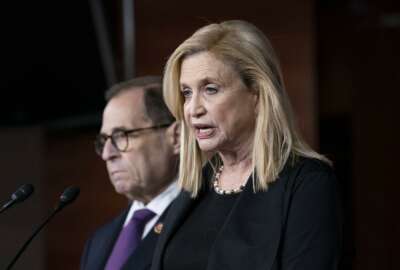 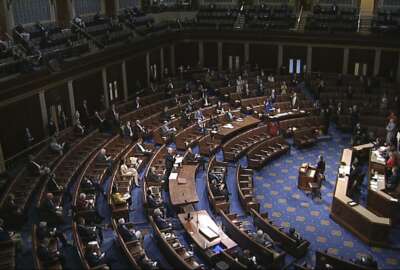 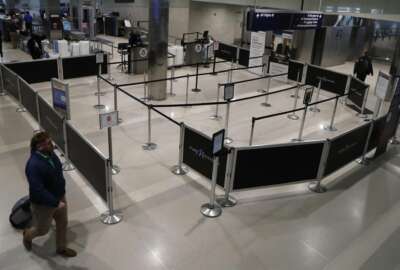