Four months after Congress approved a $10 billion loan for the Postal Service under the CARES Act, the Treasury Department and USPS leadership have struck a deal on the terms of that loan.

According to the terms of the loan, released by top Democrats in the House and Senate, USPS has agreed to give Treasury access to its biggest negotiated service agreements with industry partners.

The Postal Service will have access to the loan to fund...

Four months after Congress approved a $10 billion loan for the Postal Service under the CARES Act, the Treasury Department and USPS leadership have struck a deal on the terms of that loan.

According to the terms of the loan, released by top Democrats in the House and Senate, USPS has agreed to give Treasury access to its biggest negotiated service agreements with industry partners.

The Postal Service will have access to the loan to fund operating expenses until March 27, 2022, but Treasury won’t advance any of the funds if USPS has a cash balance of more than $8 billion.

In addition, USPS has agreed to give Treasury monthly reports on its cash flow and year-over-year changes in volume for its major lines of business, as well as changes in revenue and expenses.

Treasury Secretary Steven Mnuchin, in a letter to Postmaster General Louis DeJoy, said that even though USPS can fund its operating expenses without additional borrowing at this time, “it is prudent to establish a borrowing facility that USPS may draw upon should the need arise.”

DeJoy, who took office last month, said Wednesday that the agency reached an “agreement in principle” with Treasury and the USPS Board of Governors unanimously approved the agreement Tuesday.

DeJoy said both agencies will officially approve the agreement through loan documents that “will be jointly developed over the coming weeks.”

“Access to an additional $10 billion in borrowing authority will delay the approaching liquidity crisis,” DeJoy said. “The Postal Service, however, remains on an unsustainable path and we will continue to focus on improving operational efficiency and pursuing other reforms in order to put the Postal Service on a trajectory for long-term financial stability.”

The USPS Board of Governors will hold its next public meeting on Aug. 7.

Treasury, under this loan deal, would have access to the Postal Service’s top 10 NSAs for market-dominant and competitive products, as well as any new or amended NSAs that would rank among the top 10 in either category.

That condition echoes President Donald Trump’s contention that USPS doesn’t charge e-commerce companies like Amazon enough to deliver its packages. Trump warned in April that his administration wouldn’t authorize the $10 billion loan unless USPS agreed to raise its package and shipping rates for those companies by “approximately four times.”

By law, the Postal Service must demonstrate that its package business at least covers its costs, and the Postal Regulatory Commission reviews the negotiated service agreements between USPS and businesses to ensure that the agency receives a fair rate.

Mnuchin said he will continue to work with DeJoy to “fulfill the president’s goal of establishing a sustainable business model under which USPS can continue to provide necessary mail service for all Americans, without shifting costs to taxpayers.”

“These terms would severely limit the Postal Service’s access to capital and could accelerate the demise of the Postal Service that all Americans, especially seniors, small businesses, veterans and those living in rural communities, rely upon every day, especially during the pandemic,” the lawmakers wrote.

Over the past few weeks, the Postal Service has rolled out operational changes aimed at reducing overtime and transportation costs. Internal memos prohibit late or extra trips to deliver mail, and directs mail carriers to start their delivery routes on time every day.

Because of some of these changes, one USPS memo states employees may see “mail left behind or mail on the workroom floor” or in processing and distribution centers — a change “that may be difficult for some employees.” However, the agency said these delays would be temporary. 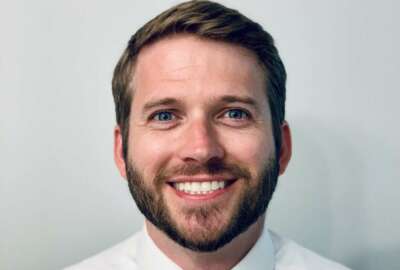 How USPS can keep up with changing volume