Congress could still take up some sort of pandemic relief bill in the lame duck session. The Senate has been pondering a new payroll protection plan worth more than $250 billion. Tim Stretton argues before they do, Congress really needs to put in some more robust mechanisms for transparency, and to prevent waste, fraud and abuse. The...

Congress could still take up some sort of pandemic relief bill in the lame duck session. The Senate has been pondering a new payroll protection plan worth more than $250 billion. Tim Stretton argues before they do, Congress really needs to put in some more robust mechanisms for transparency, and to prevent waste, fraud and abuse. The policy analyst from the Project on Government Oversight joined Federal Drive with Tom Temin.

Tom Temin: And Tim, I guess we really don’t have the numbers of waste, fraud and abuse from the first round of $1 trillion that went out – seems like a year ago, but it was actually just a few months ago.

Tim Stretton: Right? Yeah, like you said, seven or eight months ago, Congress passed the CARES Act, which included the Paycheck Protection Program. And even just in those few months, the administration has been able to identify up to about $113 million that has been used for waste, fraud and abuse. And frankly, that’s only with 56 cases – I mean, the Paycheck Protection Program has been in excess of well over $500 trillion. So that’s likely only the tip of the iceberg. And we really won’t know the full extent of money that’s gone to waste and fraud for probably another, easily a year or two.

Tom Temin: Because there was oversight mechanism built into the law, there was a council of inspectors general created, and the inspectors general of the agencies, I think a lot of people had a role in it. But that was cranking up a massive apparatus. And it took months before they had their first meetings to even look at what the problem was. So speed seems to be an issue here, too.

Tim Stretton: Absolutely. And that’s one thing that’s really unfortunate about the process is there were several mechanisms created to increase oversight. You mentioned the pandemic accountability, or response committee made up of the IGs across government. You had the congressional oversight commission, and even the special inspector general, over at Treasury, and each of those took months to get up and running. And still to this day there, some of these aren’t fully functioning. And that’s really made the process of identifying this waste and fraud, that much harder.

Tom Temin: It seems like what they need are something of a technological solution, maybe, to have an inline fraud and lying kind of detection before money goes out. Because after the fact, finding it and then recovering it is slower, more expensive and less efficient, isn’t it in general?

Tim Stretton: Oh, absolutely. And you know, to be clear, we’ve seen this in federal contracting in the past. Anytime you have, essentially free government money on the table, you know, it’s going to be used for waste and fraud. This has happened time and time again. And just by the vast nature of the Paycheck Protection Program, in particular, we knew this was going to happen. So it’s a little baffling why the government didn’t want to try to have something up and running to try to prevent this fraud from happening in the first place. But obviously, they were trying to do a delicate balance of making sure this money was out and available as quickly as possible.

Tom Temin: And in your essay here for Pogo, you are pointing out also, besides the 56 cases out of 5.2 million, and already the numbers are adding up. But also that the Treasury Department’s FinCEN, Financial Crimes Enforcement Network, detected a lot of odd activity. Immediately after the CARES Act, money started flowing. So it seems like there’s a clue into how to get out this faster in the FinCEN monitoring.

Tim Stretton: Yeah, absolutely. So anytime there’s bank transactions, well over $10,000 banks are required to fill out a SARs or a suspicious activity report. And that’s just used to help, you know, identifying anti-money laundering and other potential illicit activities. And back in July, FinCEN received the highest number of these SARs ever in their history. And whilst not all of them are related to the Paycheck Protection Program, from our reporting, we’ve been able to identify that a good portion of these actually are in relation to, you know, Paycheck Protection Program funds, but the CARES Act funds overall. So based on that, it’s only likely that we’re going to see more and more cases of fraud in the next several months.

Tom Temin: We’re speaking with Tim Stretton. He’s a policy analyst at the Project on Government Oversight. Another issue you bring up is the use of financial tech companies, fintech companies that lend themselves perhaps more to fraud because of the speed with which they operate.

Tim Stretton: Yeah, the role of fintech companies in the PPP fraud is really interesting. Several banks, you know, sometimes would take anywhere from 24 hours to even two or three days to be able to process alone. And that’s because banks have something called “know your customer” requirements where in order before they can loan money, they need to make sure that they know who their customer is, where the money is going. And that’s again to prevent money to go in for illicit activities and anti money laundering. But some of these fintech companies were able to process loans within I think as little as like four hours, and some of these didn’t even actually go through human-to-human interaction. A lot of this was done digitally, and through AI. And as we’ve seen, the majority of those 56 cases you referenced, were actually through fintech companies. And that just opens an opportunity to really have more oversight of fintech companies, should the Paycheck Protection Program be reauthorized.

Tom Temin: Interesting because as we speak, the Federal Reserve is in the midst of a program to greatly modernize and speed up the bank-to-bank transfer system that now exists in the United States. I think we’re the last modern country to have a 60s-era-type of interbank transfer system. And they’re trying to speed all that up. So eventually, everything’s gonna be lightning fast.

Tim Stretton: Yeah, and certainly, we want to move that way. We want to, you know, reduce the time and the burden it takes to access funds. But that being said, we need to make sure that there are certain safeguards in place to prevent against waste, fraud and abuse.

Tom Temin: And at the other end is some legislation from lobbying. And this is a bipartisan topic. That is to say, both Republicans and Democrats seem to be going for the idea of really fast forgiveness, and easy friction-free forgiveness. And so that means a lot of bad money is just gone from recovery forever.

Tim Stretton: Yeah, and there are proposals out there bipartisan proposals, as you mentioned, to essentially give wholesale forgiveness to Paycheck Protection Program loans under $150,000. And I think Congress really should resist those proposals without requiring at least the proper documentation, up front, because – as we’ve already seen, there’s been vast amount of fraud. And this, again, is only the tip of the iceberg. And the majority of the loans that have been approved under [the] PPP program, were under $150,000. And frankly, again, as we’ve seen in past federal programs, anytime you have a threshold out there, individuals will take out loans just under that threshold to avoid any kind of scrutiny. And so most likely, most of the fraudulent loans that have been taken out, are probably under the $150,000 threshold. So Congress shouldn’t resist forgiving these without making sure that they’ve gone back to the banks, have given the documentation to show that they did comply with the requirements of the program, that the majority of the money did go to help with paychecks and actually go into employees. Rather than just completely writing off the loans in the first place.

Tom Temin: You could almost imagine people setting up little straw companies just for the purpose of getting a loan and applying for $149,000, loan – 999 – and then just banking the money and then the company goes away. And if there’s automatic forgiveness, you’d probably come in under some radar.

Tim Stretton: Absolutely. In some of our previous reporting, especially we look at those 56 companies, it does appear that some of those companies actually have been created as shell companies, and some of them have applied for duplicate loans and received duplicate loans. So there really are a lot of steps that the Small Business Administration and Treasury can take to really make sure the infrastructure is improved to prevent this from happening again.

Tom Temin: And finally, you also ding the Trump administration for not disclosing the identities of all the companies and all the outfits that received PPP money, even the small ones.

Tim Stretton: Yeah, and that’s – I mean, this is something we’ve been, you know, raising for several months now, it’s particularly concerning. The administration, especially the Small Business Administration, for decades, has disclosed the identities of recipients of the 7(a) loans, which is what the PPP program is created under. And it doesn’t matter the amount of money they took out for loans, they’ve always disclosed the names and the dollar amounts. So why they haven’t done it here is particular baffling, considering three different laws would actually require this disclosure. But one thing that we’ve actually done is we’ve actually built a comprehensive COVID-19 spending tracker. You can track all federal funds that have been used in relief. And you can specifically look at Paycheck Protection Program loans, and you can even look by zip code too. So while we don’t have the full names of some of these loans you can actually track where they have gone to. We’re pushing for more direct transparency here.

Tom Temin: So if your neighbor showed up in a brand new Ferrari or something, and you know, he’s got a small business and that loan is in that zip code, you might say, huh? Look at this one.

Tim Stretton: Exactly. It’s like, hmm, he doesn’t seem to have that you know, small business. But like you said, Ferrari, we’ve seen instances of Paycheck Protection Programs loans going to buying of new Ferraris, townhouses. We’ve seen Lamborghinis, people have gone to strip clubs, made, you know, investments, and that stuff that’s not what the loan program was created for.

Tom Temin: I’m sure it’s easier to get a Lamborghini than a Ferrari. You have to already have a Ferrari to get your second one. Don’t ask me how that works, but I’m not in that class.

Tim Stretton: I was gonna say I wish I knew how easy it was, but I can only imagine.

Tom Temin: Alright, well, I guess you can always hotwire it. Tim Stretton is a policy analyst at the Project on Government Oversight. Thanks so much.

Tom Temin: We’ll post this interview and link to his essay at FederalNewsNetwork.com/FederalDrive. Hear the Federal Drive on demand, subscribe at Apple Podcasts or Podcastone. 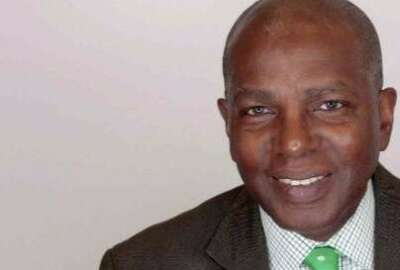