Questions on whether federal rulemaking takes in comments from everyone affected

Seeking comments from those affected, it’s a foundation stone of U.S. federal rulemaking. And regulated parties, companies, industries associations; they’re never shy about commenting. But what about those whom the rules are supposed to benefit? My next guest says the evidence shows that group is often silent and she’s got a prescription for widening participation in rulemaking....

Seeking comments from those affected, it’s a foundation stone of U.S. federal rulemaking. And regulated parties, companies, industries associations; they’re never shy about commenting. But what about those whom the rules are supposed to benefit? My next guest says the evidence shows that group is often silent and she’s got a prescription for widening participation in rulemaking.  Federal Drive with Tom Temin  talked to Sally Katzen. She’s a professor at the New York University and former administrator of the White House Office of Information and Regulatory Affairs.

Tom Temin:  Ms. Katzen Great to have you on.

Sally Katzen: Thank you. Nice to be here, Tom.

Tom Temin: So tell us about your findings with respect to who actually does the commenting. Because right now, agencies are dealing with the fact that they sometimes get millions of identical comments, but they don’t often come from that wide variety of sources.

Sally Katzen: Well, there are two different trends that have occurred in the last several decades. When notice and comment rulemaking was initiated, it was called informal rulemaking, and it was fairly informal. The agencies would give notice, which makes sense because you want people to know what the government is trying to do. And they would give comments, which makes sense, because sometimes the people on the ground have a lot to contribute to the process. Over the years, thinking 1970s, 1980s, 1990s courts began to layer on requirements. That meant that the agencies not only said what they were thinking about doing, but why, and based on what data and what findings they had, et cetera. And the notices became much longer, more involved. And the consequence was that the comments became longer and more involved. And it took substantially more resources, and time and commitment. And this is something that the regulated entities who are going to be primarily bearing the costs of these regulations were willing to supply. But the intended beneficiaries, what I called the regulatory beneficiaries, did not have either the resources or the interest necessarily, or the ability to be able to contribute. So we’ve seen over the last couple of decades, as I was starting to say, a substantial increase in a one-sidedness to the comment process, where the regulated entities jump right in and provide all sorts of information. And the regulatory beneficiaries are not at the table and are not heard.

Tom Temin: And could another factor be that sometimes these rules are highly technical? And the benefits are only maybe abstract to the recipients. For example, I’m just making this one up, but a regulation proposed to reduce phosgene parts per billion from 15 to 13. Well, the industry knows what that will cost, what kind of equipment they’ll need to do it cetera, et cetera. If I’m out there breathing the air, I can’t really tell you what the difference between 15 parts per billion or 13 parts per billion of phosgene might do for me.

Sally Katzen: Absolutely.  And we have become a much more techno-centric government regulator. We are entering into all sorts of areas that the man on the street or the woman on the street is either oblivious to or unable to comment on in a meaningful way.

Tom Temin: We’re speaking with Sally Katzen, she teaches law at New York University, and she’s a former administrator of the White House Office of Information and Regulatory Affairs. And not withstanding that rules received are not to be considered a plebiscite or a vote on whether a rule gets implemented, and that’s something I think regulators usually understand, but maybe don’t always. Should there be more comments  from those that would be the beneficiaries of the regulation? And how could that happen?

Sally Katzen: I think that would be a very good development, because the beneficiaries are the ones who have most at stake in this thing. I can remember when the Department of Transportation thought that it would be a very clever way of inducing people to wear seatbelts is to have an interlock system. You couldn’t turn on the engine if your seatbelt wasn’t buckled. People didn’t like that. And they rebelled. And they took them to car shops and whatever and had them disconnected. Then they reached out to Congress and said, “What are you doing?” And Congress reached out to the Department of Transportation and said, “Stop it.” So there was a proposal, which was intended to benefit drivers that the drivers didn’t want, and weren’t going to accept. I can think of other instances. More recently, we’ve got water filtration issues. I’m thinking of the Flint, Michigan-type of situation where the agency may want to say, “Let’s redo the pipes up to the house”, and householders will then handle the pipes within the house. And that makes sense, from the practical standpoint of where your jurisdiction lies. It doesn’t make sense to the community, in a lot of these areas where there are lead in pipes, the homes are rented. And it may be that the owner has no interest in spending all that additional money. And the renter, he doesn’t have the resources, these are in low income areas. So if you have a program that stops at the end of the property line, it may not ever achieve its objective. So to have the input of those who are supposedly going to be benefited by this is really important. And one of the purposes of comment is to educate the agency, and they can get education from all sides.

Tom Temin: Well, as a practical matter, again, I mean, the regulated entities, they have sometimes the big industries or the associations have staff that do nothing but monitor the Federal Register to know where these rules are posted. The average person, if they can get to the Federal Register, finds this incomprehensible mass of material, millions of pages accumulated over the years, and has no way of getting at it. So is there some kind of a technical solution or a way to get the people that we would like to have more comments from, aware of the issue in the first place? And also how to comment?

Sally Katzen: I think that’s a good question. Although I don’t want you to write-off all input from the beneficiary side because there are a number of NGOs, nongovernmental organizations, that are really quite good, and have scientific economic staff who can put together compelling comments and submit them for the record. But by and large, you are right, that the as I say that person who’s really going to be affected is not reading the Federal Register. If they were they’d be crazy. They’d be, they have better things to do with their lives. And yes, there is a way of doing it. Now, this is something that I think agencies have expertise in rather than some centralized entity, like OIRA, the Office of Information and Regulatory Affairs, because each agency knows its stakeholders, each agency best understands the complexities and the makeup of the people that they’re trying to help. And so rather than a one size fits all, I think individual agencies should be empowered, although educated, to reach out. And they might do it in different ways. I mean, talking about in community listening sessions, even before you draft the notice. Talk to the people, or more importantly, listen to the people that you’re trying to help. I think that would be one way of doing it. There was a time when we actually had hearings, in which we would run around the country and have listening sessions so people could speak to the decision makers. That by and large disappeared, and maybe it’s time to revive it, and to work with local organizers who are raising some of these issues and say, meet with us, talk to us, we will listen. And to do that even before the notice goes out so that you’re better equipped to not miss the mark.

Tom Temin: All right. And before we let you go, just any other thoughts you have on rulemaking reform? There was a gambit a couple of years ago to try to somehow bring more artificial intelligence or technology into the agencies’ ability to simply understand what they’re getting in terms of mass incoming comments, and you know, 10 million copies of the same comment coming in. And that kind of thing. Process itself basically sound?

Sally Katzen: I think the process is essentially sound, with the exception of AI and how to deal with an influx of numerous comments which may or may not be legitimate. May or may not have been generated by the people who say they’re signing their names. A lot of the reg reform ideas have been looking backwards rather than forwards. A lot of the reform ideas have been to further encrust the regulatory process with additional procedures to fix what happened before. And I think it’s important in reg reform to look ahead. And AI is one area where it would be fruitful to do so. But building on the basic construct, which I think is basically sound rather than trying to redo the whole thing.

Tom Temin: Sally Katzen teaches law in New York University and is a former administrator of the White House Office of Information and Regulatory Affairs. Great to have you on. Thank you so much for joining us.

Sally Katzen: Well, thank you, Tom, for inviting me. 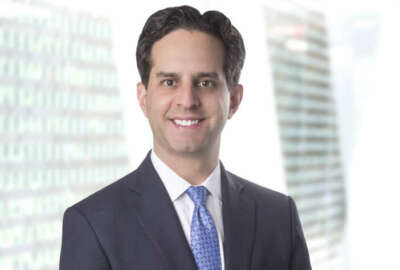 The trick to writing good public comments on federal regulations 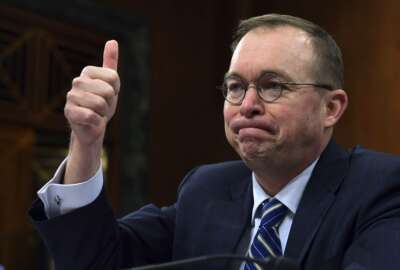 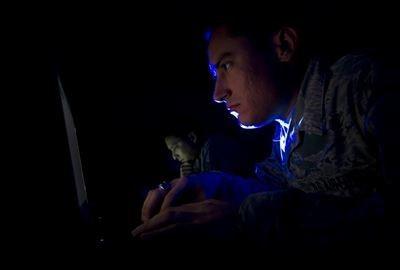 Test Your Knowledge of Federal Cybersecurity Laws and Regulations