The IRS is rounding the corner on its pandemic-era backlog of tax returns.

The agency announced Tuesday that it expects to finish processing the backlog of individual tax returns the agency received in 2021 this week.

As of June 10 this year, the IRS processed more than 4.5 million of the 4.7 million individual paper tax returns it received in 2021.

The IRS is rounding the corner on its pandemic-era backlog of tax returns.

The agency announced Tuesday that it expects to finish processing the backlog of individual tax returns the agency received in 2021 this week.

As of June 10 this year, the IRS processed more than 4.5 million of the 4.7 million individual paper tax returns it received in 2021.

The agency said it’s also successfully processed the “vast majority” of tax returns taxpayers filed this year. The IRS said more than 143 million returns have been processed overall, with $298 billion in refunds being issued.

“To work to address the unprocessed inventory by the end of this year, the IRS has taken aggressive, unprecedented steps to accelerate this important processing work while maintaining accuracy,” the agency said in a press release Tuesday.

The COVID-19 pandemic and staffing limitations led to the IRS starting 2022 with a larger than usual inventory of paper tax returns and correspondence filed during 2021.

The IRS said it will also soon eliminate its backlog of unprocessed business paper returns filed in 2021.

IRS Commissioner Chuck Rettig has repeatedly told Congress that the agency expects to eliminate its backlog of tax returns by the end of this calendar year, which will put the agency in a “healthy” state for next year’s filing season.

“We need to do more,” Rettig said during the May 18 subcommittee hearing. “We know it and you know it.”

The IRS said it continues to work on the few remaining 2021 individual tax returns that have processing issues or require additional information from the taxpayer, and that employees continue to process tax returns filed in the order received.

The IRS said it’s also improved the process for taxpayers whose paper or electronic returns were suspended for manual review and correction.

The IRS said a greater percentage of this year’s inventory awaiting process is comprised of original returns, which generally take less time to process than amended returns.

Rettig said in a statement Tuesday that the IRS remains focused on doing everything possible to expedite the processing of tax returns, and that the IRS is continuing its hiring efforts this summer.

“IRS employees have been working tirelessly to process these tax returns as quickly as possible and help people who are waiting on refunds or resolution of an account issue,” Rettig said. “Completing the individual returns filed last year with no errors is a major milestone, but there is still work to do.

The IRS continues to rely on overtime for staff to get a handle on the backlog. The agency has also deployed “surge teams” of IRS employees from other divisions, and has temporarily assigned them to work on the backlog.

The IRS announced earlier this month it’s looking to hire more than 4,000 contact representative positions at several agency offices across the country. Contact representatives assist taxpayers over the phone, through written correspondence or in person.

Rettig said that sustained funding increases for the IRS will help the IRS add more employees to process tax returns and answer phones, as well as overhaul its legacy IT.

“Most every commissioner over the past few decades has stated that inconsistent funding is among the most frustrating experience that they can have. Americans deserve a fully functioning, successful Internal Revenue Service,” Rettig told the subcommittee last month.

The House Appropriations Committee is calling for giving the IRS a $1 billion increase to its topline budget for fiscal 2023.

The IRS in this proposal would see the biggest spending increase in its enforcement and taxpayer service operations. 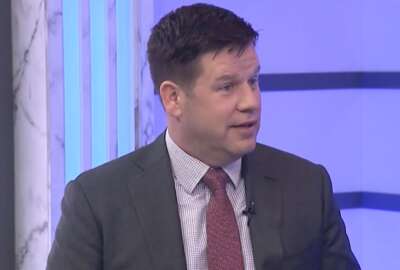