Members of Congress continue their interest in seeing the curtailment of animal testing for drugs and cosmetics. Now some members are urging the Food and Drug Administration to develop guidance for industry on how to avoid animal testing for products requiring FDA approval. For more, Nevada Rep. Dina Titus (D) joined the Federal Drive with Tom Temin.

Members of Congress continue their interest in seeing the curtailment of animal testing for drugs and cosmetics. Now some members are urging the Food and Drug Administration to develop guidance for industry on how to avoid animal testing for products requiring FDA approval. For more, Nevada Rep. Dina Titus (D) joined the Federal Drive with Tom Temin.

Tom Temin: Congresswoman Titus, good to have you back.

Tom Temin: And you really care about the animals, don’t you?

Dina Titus: I do, and I appreciate you doing a story on them. Because you know, 75% of people in this country have a pet and they think of the pet is part of the family. And when they hear about cruel testing on beagles, and kittens is just really awful.

Tom Temin: And so FDA (Food and Drug Administration) rules then require animal testing for certain classes of drugs and cosmetics?

Dina Titus: Well, that’s right, and order to get the FDA approval for new drugs and medical devices, you have to go through these tests that are required. And we know that the tests really aren’t very good. They aren’t as modern as some other methods. They aren’t as economical and they’re just horribly cruel.

Tom Temin: And what are some of the methods that we’re aware of that industry might use in place of, as you say, beagles and kittens?

Dina Titus: Well, there’s something called organs-on-chips that’s more effective, not using live animals to do the testing has been shown to be more effective. Ninety percent, I think it’s that high of drugs that pass animal tests and fail in humans. So what is the point of doing that?

Tom Temin: Right, the NIH (National Institutes of Health) is also looking at this, you cite their statistic. And I think at the NIH, they’re trying to also reduce animal testing, although they still have chimpanzees.

Dina Titus: Absolutely, Congressman Mast, who’s a Republican from Florida, and we probably don’t have very much in common on other policy areas. But we have worked together on this to stop testing on beagles, stop testing on kittens not doing the smoking test on monkeys. And we’ve had a lot of successes. And thanks to White Coat Waste, which is an organization that helps support our efforts by getting other members to sign on and just getting information out about how horrible these things are.

Tom Temin: And there’s been some progress at the Veterans Affairs Department, too, which also has a lot of medical testing going on.

Dina Titus: They have shut down a number of their testing programs. And so we’re proud of that. But there’s still some pretty horrible stories out there. Can you imagine a beagle, they use beagles because they’re just so friendly and mild mannered. And oh, we had a beagle in the office who had been in the testing program, and had been rescued afterwards. It’s just heartbreaking.

Tom Temin: All right. And so now the expansion then from the government’s direct testing by federal laboratories, this is using FDA’s leverage on industry to spread it beyond just the government.

Dina Titus: Exactly the letter that we’ve written, is to ask the FDA to develop some guidance for industry and to talk about the different methods that are available as alternatives to animal testing, and to detail a transparent process that sponsors can engage with the agency on to figure out how to use and gain approval for the non-animal testing.

Tom Temin: And is there any thought of legislation to back up the letter?

Dina Titus: We may be able to do that, we want to see what their answer is first. We have gotten some language in the FY 23 military bill. It’s HR 8238, along these lines, and we hope that this will be enough. But if it’s not, we won’t stop there.

Tom Temin: We’re speaking with Nevada Congresswoman Dina Titus. And I wanted to ask you about another matter that has been in Congress for a while you had introduced the Wild Horse and Burro Protection Act concerning the Bureau of Land Management and its use of helicopters, in tracking animals and so forth. Any progress there? What’s the issue here?

Dina Titus: Well, there is some progress, but we still got some more things to do. There are wild horses throughout the West, but most of them are in Nevada, and they’re just these beautiful, iconic denizens of the American West. But they have to be managed, but the BLM has chosen the worst possible way of managing them. They round them up with helicopters, which often means running them to death, there was a video that came out in national news about a little colt that they just ran down and had to shoot. And then they put them in these pens where they’re just stored in overcrowded areas there are throughout the West. And we recently there was an outbreak of a respiratory disease and some of these pens that killed hundreds of horses. So several things are happening. I’ve requested an oversight committee of the entire program. So that letter has gone out we hope to see that introduced legislation to stop the helicopter round us. You know, if you want to round up some horses, hire some cowboys, they know how to do it and it’d be a lot cheaper and a lot safer. And then the third thing, I was very happy that we got $11 million in the appropriations bill to go towards the Horse and Burro Program to do more with birth control instead of these roundups. And so we’ve got to keep that in the appropriations bill.

Tom Temin: And if you look at the FDA, and then we’ll ask about the BLM, what is the response getting back to the letter on animal testing at the FDA? Do they sound back to you like, yeah, we’re in favor of this or one way or the other?

Dina Titus: Well, this is a new interaction with the FDA. So I’m waiting to see how they respond. We’ll be talking to them now, the BLM, I’ve been dealing with him forever in Nevada, they’re a very hidebound organization. They’re hard to change, and they are often captured by the ranching industry. Now, people don’t mind cows out there on our public lands eating the grass, but they don’t want horses to do it. They make some argument that horses aren’t native, but horses are actually more native to that area than cows are, if you trace back their genealogy, I guess you’d call it. So dealing with the BLM is that we pull them along kicking and screaming.

Tom Temin: It seems like helicopters are kind of expensive way to to chase horses and also dangerous to the operators?

Dina Titus: Oh, there’s no question about it. And there are about three companies that have been contracted with to do these roundups. So somebody’s got an in there to be hired, and they are expensive. And like I say they scare the animals and run them to ground. There’s some technology and some testing that’s been done that shows that drones are a better way to do it. You put a drone out front and the horses will follow it. Why aren’t we looking at alternatives like that? Because the legislation says they’re supposed to humanely manage horses and burros and that is certainly not humane.

Tom Temin: And do we have any idea of how birth control might work for horses and burros?

Dina Titus: Yes, there have been programs of using birth control ongoing for a long time, but the investment they make in that is like a 1% or a small amount of the money that they use in the management program. And they’ve made it a priority, I think that you’d see those budget numbers change. And that’s what we hope to do.

Tom Temin: Nevada Congresswoman Dina Titus. Hey, thanks so much for joining me. 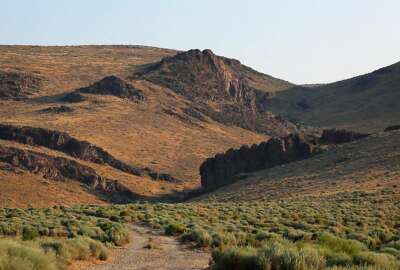 How the Bureau of Land Management will transform acres and acres, of paper, that is 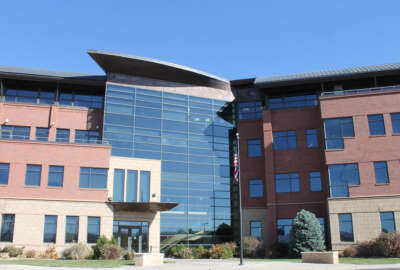