Back in the mid ‘90s, when the Education Department first started its current Direct Loan program for college students, the program was expected to turn a profit for the U.S. Treasury. The initial estimates were that it would bring in $114 billion over the next quarter century. Now that were here, that estimate turns out to be...

Back in the mid ‘90s, when the Education Department first started its current Direct Loan program for college students, the program was expected to turn a profit for the U.S. Treasury. The initial estimates were that it would bring in $114 billion over the next quarter century. Now that were here, that estimate turns out to be wrong…way wrong. The Government Accountability Office discovered the program has actually cost the government $197 billion. The reasons for that giant difference are pretty complex, so Federal Drive Deputy Editor Jared Serbu talked with the lead author of a GAO report that examined the Direct Loan program: Melissa Emrey-Arras, GAO’s Director of Education, Workforce, and Income Security Issues on the Federal Drive with Tom Temin.

Jared Serbu: Melissa, thanks for doing this. And I think the way I want to kind of set the stage before we dig deeper into your findings is who exactly would this be a surprise to? I assume education has been reestimating these figures every single year and has had a good sense of where things stand in any given year. But is this been tracked by Congress or publicly? Who’s going to be surprised by these numbers?

Jared Serbu: Can you talk a little bit about why the estimating process for the costs or revenues from these loans is so difficult to begin with? And I think it’s gotten more difficult over time, right?

Melissa Emrey-Arras: It’s a very challenging process. And it is very hard to do. One of the issues is that the Department of Education needs to estimate the cost of loans before it even makes those loans. So it has to estimate in advance how many people are going to borrow, how much they’re going to borrow, and also what the incomes of those borrowers will be. And that’s very difficult to predict.

Jared Serbu: And when you at GAO did your deep dive into the budget data here, what did you find were the main drivers behind the the huge difference in the original 25 year cost estimate and what the current estimate is?

Melissa Emrey-Arras: We found two factors were driving the change in costs. One is what we call programmatic factors. So these are changes in the program, the student loan program, so any new laws affecting the program, any new administrative actions affecting the program, that would affect the cost. In that case, for example, we have the student loan payment pause, which is currently expected to expire at the end of the month. And we found that the cost for that alone through April of this year was about $100 billion. So that was a significant cost that was driven by the pandemic. In addition, we also found changes in costs due to improvements in data. As you mentioned, the Department of Education reestimates the cost of the student loan program on a yearly basis. And with those reestimates, it develops new data and new assumptions. With better data and better assumptions about the student loan portfolio, it is able to have better estimates of the cost. And those changes in the assumptions and data have also increased the cost of the portfolio.

Jared Serbu: With just respect to the recent COVID payment pause once we’re kind of past that phase, does that $100 billion and change, start to get reset and roll back into the program once folks are making payments again, is that just kind of a temporary blip?

Jared Serbu: Are there any actual impacts to the loan program resulting from this? I guess, misestimate for lack of a better term? Is it just add to the budget deficit? Or does it impact the program’s ability to generate new loans or have any other consequences?

Melissa Emrey-Arras: I think this is more of a matter of people understanding what the actual cost is so that they can factor that in in policy decisions.

Jared Serbu: And also, just getting back to the complexity of making these estimates in the first place. I think one factor you found is is income driven repayments, which can change over time. Can you unpack that a little bit for us and why that was such an issue here?

Melissa Emrey-Arras: Happy to, thank you for the question, Jared. Income driven repayment is when people make their repayments based on their income and family size. And so the amount that they pay each month will vary depending on their current income and their family size. At this point in time, the number of loans in income driven repayment is about half of the student loan portfolio. It wasn’t always like that, the student loan portfolio has changed over time. But now about half of it has loans that are in these income driven repayment plans. And what that means in terms of the cost is that the Department of Education now needs to estimate borrowers’ incomes over an extended period of time, in order to estimate how much they will pay on their loans. And so what that means is that the department needs to estimate the cost of student loans before it even makes loans. And then it needs to estimate the incomes and family sizes of those borrowers in decades to come. Which is a very challenging task.

Jared Serbu: Yeah, did you get into looking to some of the reasons why more of the program has gone into income driven repayments? Is it related at all to the increase in cost of college in the first place?

Jared Serbu: I’m glad you brought up that program. Because if I’m not mistaken, that’s another one of these examples where that loan forgiveness program did not even exist back when the federal student loan program was created. So it would have been impossible to estimate the costs of that.

Jared Serbu: And what other kinds of economic factors come into play to change the cost of the program over these 25 years?

Melissa Emrey-Arras: Income and inflation can both affect costs. We did some modeling within our report and found that if there is higher inflation, it could result in increased cost to the government in the student loan portfolio. Similarly, we found that if income growth is slower, if people earn less, it could also drive up the costs of the student loan portfolio. What this tells us is that there are multiple factors that come into play in estimating the cost of student loans. And it is very difficult to predict the future on all of these fronts before any loans are made.

Jared Serbu: And I think just one example of that, if I understood the report correctly, is that education needs to set the interest rates for the loans it’s about to give before the school year even starts. But it doesn’t know what its borrowing costs from Treasury are going to be until much much later and those costs may have increased during that interval. And often did I think, right? 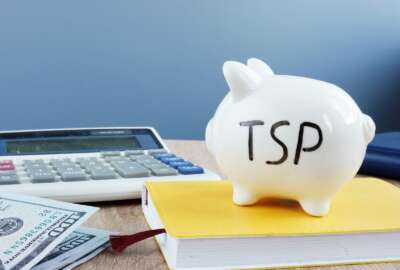 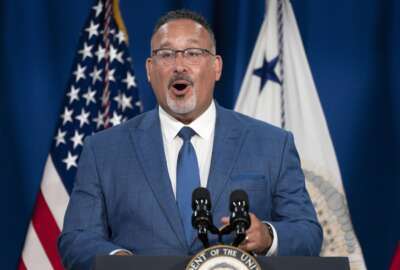 Work at a school or nonprofit? You could erase student loans