A look inside the small but potent Office of Special Counsel

The Office of Special Counsel which handles whistleblower and Hatch Act cases, is something of an enigma to many federal managers. The law firm Shaw, Bransford and Ross, which produces the weekly fed talk show here on Federal News Network has organized what federal managers need to know better to handle OSC investigations. Here with the highlights,...

The Office of Special Counsel which handles whistleblower and Hatch Act cases, is something of an enigma to many federal managers. The law firm Shaw, Bransford and Ross, which produces the weekly fed talk show here on Federal News Network has organized what federal managers need to know better to handle OSC investigations. Here with the highlights, Shaw Bransford senior attorney James Heelan talked to the Federal Drive with Tom Temin.

Tom Temin: Let’s start with where the Office of Special Counsel begins and the Merit Systems Protection Board ends because that’s a little bit of a mystery sometimes, too.

James Heelan: if you compare it to a criminal prosecution, OSC is the prosecutor and the investigator for prohibited personnel practices within the federal government. Prohibited personnel practices are 14 specific kinds of things that Congress has said are impermissible in federal employment. And so OSC does investigations into whether those occurred, and if so they can bring prosecutions before the court analogue of the Merit Systems Protection Board. So the MSPB makes decisions. They adjudicate, whereas the OSC investigates and can prosecute.

Tom Temin: Got it. And so what do agencies need to know then? Why is it so mysterious? It’s been around for quite a long time.

James Heelan: Well, the OSC is a smaller, independent federal agency. They have about something over 100 employees but less than 200. And they have a really incredible responsibility to police PPPs around the federal government. But they have limited resources. And so they sometimes come in to federal agencies and with their limited resources. They don’t do an excellent job of explaining the scope of the responsibilities and authorities to these federal agencies. And sometimes because OSC is so sporadic, you know, it seems in where they go to investigate an agency, you may get an OSC investigation after many years of no encounters with OSC whatsoever. You know, it’s one day, you’re the responsible citizen and the police show up on your door. You may remember civics class from back in high school, but you don’t remember the fine details. And so the nuances of OSC’s authorities can be somewhat mysterious to someone who hasn’t dealt with them in a very long time.

James Heelan: It can do all of those things. One of OSC’s more unusual authorities, was codified by Congress back in 2017, allowing OSC to obtain any records or information relevant to its investigation from a federal agency, including information that agencies would otherwise consider attorney client privilege or protected by deliberative process privilege, etc, etc. Those common law privileges do not allow agencies to withhold information from OSC. OSC is also allowed to interview agency employees without the presence of agency counsel. So OSC can come into your federal agency and interview your employees without the agency employer being present or aware of the details of the investigation. And that’s unusual, but Congress has given OSC that authority.

Tom Temin: What happens when  say they’re to interview a union employee? Can they can that person bring their union representative in to help them?

James Heelan: The individual being interviewed is allowed a representative of their choosing, but the agency is not allowed to be present. So if the employee says I want my own union representative to be with me, or I have my own private attorney to be present with me during the OSC interview, that is permissible, but the agency employer office of general counsel cannot show up and listen.

Tom Temin: We’re speaking with James Heelan. He’s senior attorney at the law firm, Shaw, Bransford, and Roth. So what should an agency do? Just open the doors and say, go at it? Is there any specific strategy may be to  mitigate the effects of the OSC coming in?

James Heelan: Cooperate with OSC and be open. They do not want to be combative with OSC and create disputes that could blow up into something bigger. For example, there was an issue with the FHFA OIG a couple years ago that wound up before Congress because the IG was feuding with OSC over the OSC’s ability to obtain information. That causes a whole extra level  and set of problems that agencies don’t need to deal with. But what they can do is educate their workforce, specifically their managers about their rights and responsibilities. They can encourage managers to be open with OSC. They can encourage managers to get for example, professional liability insurance so that they can get individual representation during an OSC interview. Because the key to a really thorough OSC analysis that addresses all of the high points that could be relevant to an investigation or potential prosecution are prepared witnesses. You want your employees to go in understanding what the prohibited personnel practices are, for example, you want witnesses to go in understanding how much information to give. And we generally recommend giving complete answers not withholding, not playing hide the ball with OSC. Because the more information you give them, the more timely OSC can complete an investigation, conduct a really thorough analysis, and they are rather fair, they do try to get it right. They’re not trying to play gotcha with agencies.

Tom Temin: What sorts of resources do they have? That is to say it’s a small agency, I think, a couple of 100 people, and there’s a really big federal bureaucracy spread out throughout the country. And so what are the chances of them being able to visit your agency and talk? Does this happen in person? And between the time someone makes a complaint, how long could it be till OSC comes around?

James Heelan: We’ve seen OSC focusing their efforts in agencies where there are a couple of factors, including agencies where OSC hasn’t been for some time, you know, OSC may want to come around to that agency, and remind them of the authority of OSC And the importance of abiding by the merit system principles. We also see OSC focusing its resources in agencies where they can make a big impact, you know, they may be more inclined to go to a larger federal agency, maybe  potentially higher officials where an investigation of potential prosecution or settlement agreement could make a bigger impact, make a bigger splash and set an example for the federal workforce. So those are two factors we see really playing into OSC focus in the last couple of years.

Tom Temin: And who is it that makes decisions in OSC? I mean, there is a head, Henry Kerner, who seems to be a very fair-minded individual from my discussions with him over the years, and how do they make their findings?

James Heelan: He is the special counsel head of the agency. And the agency itself is organized into four units. There’s a disclosure unit, where people can go to and say I have information about waste, fraud or abuse, this should be investigated, kind of like an IG function. And that disclosure unit will farm out those investigations back to agency investigators. There’s an alternative dispute resolution unit, which seeks to mediate and resolve complaints without prosecution. There’s an investigations and prosecution division. And that’s where the agency goes into other federal agencies to conduct investigations. When IPD shows up at your front door. That’s when you know, OSC is investigating. And they have their own office chiefs who make decisions about what to investigate and where to allocate resources. Otherwise, OSC is largely comprised of attorneys. These are people with law degrees, people who know how to conduct investigations, conduct interviews, and conduct legal analysis.

Tom Temin: All right. And we should also point out that Shaw Bransford has almost a special course in this and other matters for federal agency managers.

James Heelan: That’s right. Coming up on November 2 at 11am. I’ll be delivering a webinar all about OSC investigations and the audience is federal managers, offices general counsel, human resources officials, and we’re going to talk for an hour about OSC and demystifying its powers and their work practices and federal agencies. And that’s going to be a part of SBR Learning Academy. We’re building out modules to educate the federal workforce on their rights, how to defend themselves, how to defend their agencies, and that’s SPR Academy, 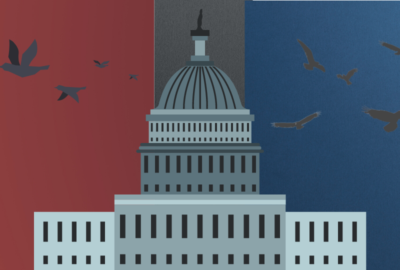 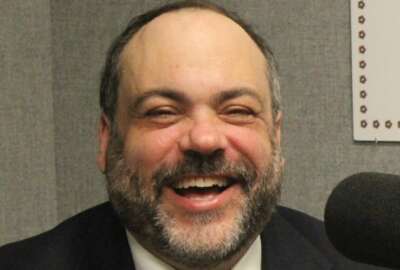 Office of Special Counsel pushing through thousands of whistleblower complaints 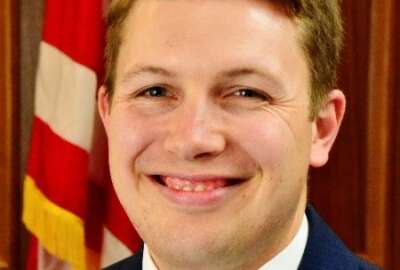 Tristan Leavitt: What it’s like to work at the Office of Special Counsel