The Defense Department has been working under a leadership diversity plan since the Obama administration. A special commission issued a long list of recommendations back in 2011. And that stemmed from a mandate in the defense authorization law from 2009. For how the department has done, the Federal Drive with Tom Temin turns to the Program Director for...

The Defense Department has been working under a leadership diversity plan since the Obama administration. A special commission issued a long list of recommendations back in 2011. And that stemmed from a mandate in the defense authorization law from 2009. For how the department has done, the Federal Drive with Tom Temin turns to the Program Director for Diversity and Inclusion Evaluations in the DoD Office of Inspector General Dana Johnson.

Tom Temin: And review with the mandates, the reports, the NDAA provisions, there’s a lot of interlocking pieces here that have given this mandate to DoD, what are they operating under here?

Dana Johnson: So this is the first evaluation that we issued recently related to military diversity in the DoD Diversity and Inclusion Strategic Plan. We use this evaluation as a gauge to see how well the department implemented the recommendations from the Military Leadership Diversity Commission 2011 report, we looked at documents from as far back as 2009 for this particular evaluation. However, there are older documents that reference military leadership diversity, relating back to the ’90s.

Tom Temin: Yeah, so this is a long term journey. And these recommendations that came from that commission in 2011, just review what those were what do they recommend DoD do?

Tom Temin: So it worked up really not just the leadership, but all of the ranks it sounded like, were part of these recommendations.

Dana Johnson: Yes. That is correct.

Tom Temin: So you looked at the 18 recommendations. And basically, what did you find with respect to how well they were carrying them out?

Dana Johnson: We found that the department and the services implemented six of the eight team recommendations identified in the report from 2011. We also found that the Office of Undersecretary of Defense for Personnel and Readiness, and the Services for Diversity and Inclusion Offices took some actions but did not fully implement the remaining 12 recommendations.

Tom Temin: And the six that they had come out with and did what briefly did those accomplish?

Dana Johnson: The six recommendations were related to adopting the definition of diversity, and leadership within the department and the services, they must make diversity an institutional priority. Recommendation eight was related to services optimizing the ability for members to make informed career choices. And they also implemented the recommendation related to whether or not the services should eliminate combat exclusion policies for women. And they also recommended that the Office of the Secretary of Defense organizational structure be aligned to ensure that a sustained focus on diversity and inclusion initiatives should be established and created position for the chief diversity officer who reports directly to the SECDEF.

Tom Temin: All right. So that’s good progress. And just in general, the 12 remaining ones, what do those generally require that they have not implemented yet?

Dana Johnson: Now, the 12 remaining recommendations, some of them were related to core competency, expanding the pool of candidates, improving recruiting, performance expectations, and promotion criteria and processes. And also, there were a number of accountability reviews and accountability mechanisms that have not been fully implemented.

Tom Temin: All right, we’re speaking with Dana Johnson. She is the program director for diversity and inclusion evaluations in the DoD Office of Inspector General. And by the way, did the look-see that you did, the evaluation that you did, reveal the fact yes or no, whether the leadership is in fact more diverse than it was 10, 15, 20 years ago?

Dana Johnson: So that was not one of the things we looked at during this particular evaluation.

Tom Temin: Okay, so is that something you might look at later on?

Dana Johnson: Yes. So our plan was to look at what they had done as far as the recommendations related to the MLDC report. And then we were gonna go forward and start to kind of plan out and track out feature potential evaluations based on the results from this form.

Tom Temin: And do you feel that the Pentagon has sufficient ways to measure the progress of its own on on implementing these goals since they still have 12 to go, 12 recommendations to get through?

Dana Johnson: While I can’t  answer on behalf of the department, we did make an overarching recommendation to the Office of the Undersecretary of Defense for Personnel and Readiness to develop a plan of actions and milestones to implement all recommendations from the 2011 report.

Tom Temin: And who was responsible in the Pentagon? Is it simply the personnel and HR function channel or is it maybe the combatant commands or I mean, that sounds like a kind of a matrixed responsibility they would have to have here.

Dana Johnson: So we found that there was no official responsible for the oversight progress. So our reporting included another recommendation for appointing an official responsible for oversight of the implementation of the recommendations. And as far as the services, Each service has its own diversity and inclusion office. And those directors of those offices should work with the appointed official to ensure consistency, and adequate documentation are maintained to demonstrate implementation of the recommendations.

Tom Temin: And in the fourth estate, you know, the Pentagon-type of agencies, Office of the Secretary of Defense, do they have similar officials the way the armed services do to look after this diversity question?

Dana Johnson:
Yes, they do. The Office of Secretary of Defense appointed the director for diversity, equity and inclusion.

Tom Temin: And so then what else did you recommend? You’ve mentioned a couple of recommendations that you made, but I think there were a few more right?

Tom Temin: Because this was a pretty hefty report, even by IG standards, at 88 pages. And what was the reaction? What are you hearing back do the people responsible generally agree with you?

Dana Johnson: We had general concurrences from OSD and the Undersecretary of Defense for Personnel and Readiness, and the director for diversity and equity and inclusion. We also heard from the Air Force, and they generally agreed with our recommendations, as did the Navy. We have not heard back yet from the Army and the Marine Corps.

Tom Temin: All right. Dana Johnson is program director for diversity and inclusion evaluations in the Defense Department Office of Inspector General. 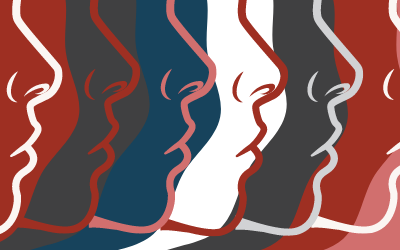 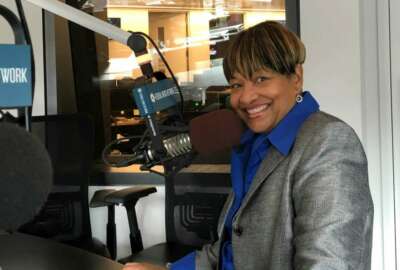 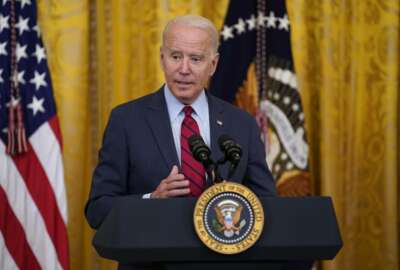