When flying a plane into a hurricane that recently sunk an 800 foot freighter, the body is likely to experience some discomfort.

Joaquin is one of many storms the 53rd squadron’s “Hurricane Hunters” has flown into to provide reliable weather data for the National Weather Service. 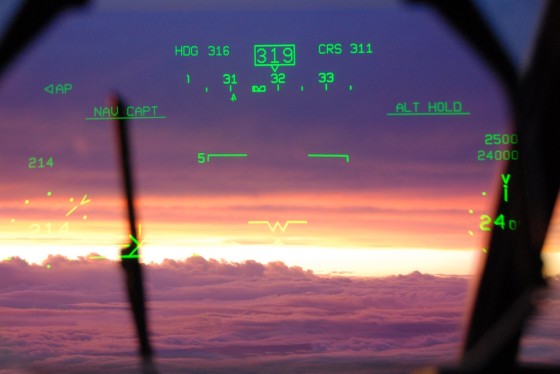 The “Hurricane Hunters” fly storm missions in both the Atlantic and Pacific Oceans during the hurricane season June 1 to Nov. 30 yearly.

But now that hurricane season is over the squadron is gearing up for its winter mission — storm hunting.

During the winter months the squadron provides data to the National Weather Service for “societal impact” storms along the East Coast, the Gulf of Mexico and occasionally in the Pacific Ocean.

“Strong winter storms kill more people than hurricanes do,” Talbot said. “We fly these tracks out in the ocean and we drop instruments out over the areas where these storms are forming and the idea is to provide this data to the computer forecast models that the National Weather Service uses to forecast the intensity of these storms, how much snow is going to fall, how much impact there is going to be.”

In New York City, it costs a $1 million per inch of snow to clean the streets for safe travel, Talbot said.

Hurricanes aren’t cheap either; Talbot said it costs the United Sates $192 million every time there is a land falling hurricane. That’s only for the preparation, evacuation and emergency management activation.

In Miami, it costs about $1 million per mile of coastal hurricane warning. The accuracy in emergency location provided by the 53rd squadron potentially saves tens of millions of dollars in emergency preparedness funds.

“At  $1 million a mile, that adds up very, very quickly. The idea is if you can make that hurricane warning very small, only where it’s really needed, you can avoid that extra cost of evacuating people or shutting businesses down and that loss of commerce,” Talbot said.

By comparison, the 53rd squadron costs $25 million a year to perform its functions.

While the 53rd squadron is based in Keesler Air Force Base in Biloxi, Mississippi, the planes can deploy from a multitude of bases.

The 53rd squadron collects a wide range of data that is constantly fed to the National Weather Service.

Each C-130J the squadron uses has a suite of sensors attached to it that take measurements. Additionally, the planes drop buoys and other devices.

Those readings are critically important during a hurricane because those are the winds that move ashore and cause damage.

Another instrument, which is dropped several times during a flight, takes readings from the plane all the way down to the surface.

“One of the critical places we typically drop it is inside the eye [of the hurricane],” Talbot said. “That provides us with the sea level pressure in the eye of the hurricane so when you see on TV, ‘Hey this hurricane is coming and the central pressure is this,’ that comes from that dropped instrument.”

Other instruments go down into the ocean and measure water temperature down to a depth of about 1,000 feet.

The winter missions drop the air to surface instruments.

“That’s the exact same thing as what the Weather Service does every day by launching weather balloons. The problem is out over the ocean there are no weather balloon reports, which provide all the data to the computer models because there’s nobody out over the ocean. We don’t have an armada of ships out there launching those balloons,” Talbot said.

What the United States does have is the 53rd squadron. 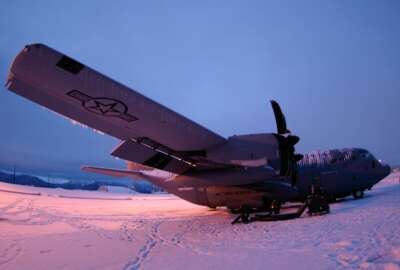 High winds, hail and tornadoes all have this in common

DoD begins use of specialized cloud for big data analytics