How the Air Force made a dent in its 79,000 security clearance backlog

After facing a quickly increasing security clearance backlog through 2017 and most of 2018, the Air Force is making a dent in the number of airmen and civilians waiting for credentials to work with sensitive information.

But after some new programs and cooperation with civilian agencies, the current number of people working...

After facing a quickly increasing security clearance backlog through 2017 and most of 2018, the Air Force is making a dent in the number of airmen and civilians waiting for credentials to work with sensitive information.

But after some new programs and cooperation with civilian agencies, the current number of people working for the Air Force waiting for a clearance now stands at about 57,000, according to Air Force spokesman Maj. Nicholas Mercurio.

“Our biggest challenge with security clearances is getting them through it in the first place,” Wilson told the House Defense Appropriations Subcommittee on March 14 at the height of the backlog.

But due to collaboration with the Office of Personnel Management and the National Background Investigations Bureau (NBIB), that challenge has been, at least for now, slightly mitigated.

Since 2017, the Air Force, in collaboration with NBIB, established temporary centralized interview hubs at 11 key locations where there is a high concentration of investigator case work and the mission in those areas needs immediate relief. Hubs are areas where security clearance interviews can take place without requiring someone to go to Washington to be vetted.

A 12th hub will open in in the next month or two in Hawaii.

Mercurio told Federal News Network that the hubs resulted in the closure of thousands of cases and the associated investigative fieldwork. The Air Force designated Joint Base San Antonio, Texas as an enduring location for military accession security clearances.

NBIB Director Charlie Phalen said during a March Senate Intelligence Committee hearing the Wright-Patterson Air Force Base hub saw increased productivity and finished work in 36 minutes that would normally have taken an hour.

For Air Force employees overseas, the service and NBIB used a similar method. NBIB trained Air Force Office of Special Investigations agents to conduct background investigations overseas where there is a limited pool of investigators, but a high concentration of case work. The effort has since ended, but resulted in the closure of 1,800 cases in “difficult to reach overseas areas,” Mercurio said.

The Air Force has also been using a prioritizing process since the middle of 2017 to close out critical investigations. The program expedites clearances for high-demand jobs.

That is about half the time it takes for an average initial clearance, according to December 2018 numbers from Performance.gov.

Mercurio said more than 7,000 cases have been prioritized to date.

“This means these individuals are now on the job completing the Air Force’s mission in career fields like intelligence, cyber, nuclear, child care, etc.,” he said.

Since Wilson’s testimony before Congress last year, the Air Force has been talking about using video teleconferencing to speed up the security clearance process.

Mercurio said the Air Force tested the program and will soon implement a way for NBIB to interview airmen for their secret-level subject interviews.

The Air Force is also vetting multiple pilot programs to continue to speed up the clearance process. Mercurio said the Air Force supports the current expansion of the continuous evaluation process for security clearance renewals.

The Air Force is sharing the information about all of its initiatives with the Army, Navy and Secretary of Defense.

Meanwhile, the Defense Department is currently in the process of restructuring and reorganizing personnel and resources to take over the security clearance program for most of the government.

The change is part of an executive order signed by President Donald Trump last November and grew out of an initiative Congress authorized in the 2018 defense authorization act that allowed DoD to take over all defense-related background investigations. 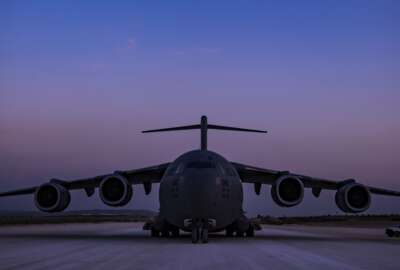 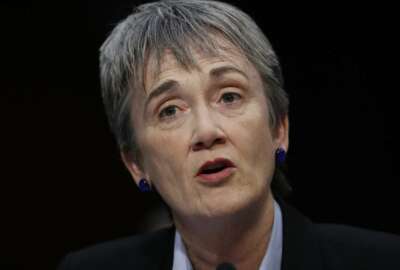