The Air Force Research Lab is setting up a new shop that will specialize in some of the most integral and important parts of the spacecraft the military sends into and possibly outside of orbit.

The Deployable Structures Laboratory (DeSel) is part of the AFRL’s Space Vehicles Directorate. It will focus on saving spacecraft capacity by building smaller energy-harnessing components and communications devices.

The more than 7,000 square foot lab costing about $4 million will “be dedicated to testing large, ultra-lightweight deployable spacecraft structures,” Benjamin Urioste, research engineer and lead for the integrated structural systems team, which will work at DeSel, told Federal News Network. “Anything from booms, antennas to solar rays can be successfully deployed in a simulated microgravity environment here on Earth. That buys us a lot in terms of understanding how these structures behave before they even see launch, and also advancing the science of spacecraft deployable structures and greatly contributing to that area of research for the community.”

The DeSel testing facility should be finished early next year.

“The structures made possible by high strain composites will enable new mission paradigms for the U.S. Space Force,” said Mark Roverse, the AFRL spacecraft technologies division chief. “AFRL has led development of high strain composites for deployed spacecraft structures, and we are excited to see the new mission capabilities that are being enabled.”

In case you’re not a spacecraft engineer, solar arrays are solar panels that can be packed into an object and then deployed. Think something like an umbrella that expands once in the proper environment, while saving space during the launch.

Different sorts of communications antennae can be testing to see how they will unfurl in microgravity.

“We’re using a lot of material science to make these advanced structures that are less complex and less prone to failure,” Urioste said. “For some missions where we want to communicate to further distances, so we need higher powers. To accomplish that in order to generate those higher powers, we need more solar array area. You can think of it just like having larger the house with more appliances. You’re going to need more solar panels on your roof.”

DeSel is using in-house scientists, while also working with contractors and members of industry to build its structures.

“We are in constant conversation with universities to help and facilitate and stand up these programs to develop the next generation of space systems engineers and space engineers — and deployable structures engineers as well,” Urioste said.

The Defense Department as a whole has been looking to the skies much more as space is becoming more of a contested and needed environment.

With the establishment of the Space Force and U.S. Space Command as well as increased investments, DoD is posturing for space to be a big part of the military’s future.

This summer DoD released its space strategy, which focuses on building a military advantage in space and integrating military spacepower into operations.

“DoD will develop an agile space enterprise that can take advantage of emerging technological and commercial innovation in order to continually outpace adversary threats,” the authors of the strategy state. “Space superiority will be achieved through on-orbit, multidomain, and cross-component operations that are fully integrated with our allies and partners.” 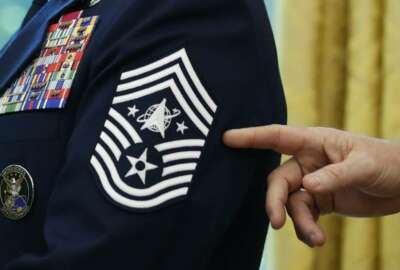