The United States declared monkeypox a national health emergency on Thursday and clinics across the nation are working to get vaccines to those most threatened by the disease. Now, the Air Force is getting the word out that it has vaccines available for its airmen on demand.

The service announced it is providing vaccines to airmen who are at high-risk for monkeypox immediately if possible. If the shot is not at the clinic, the Air...

The United States declared monkeypox a national health emergency on Thursday and clinics across the nation are working to get vaccines to those most threatened by the disease. Now, the Air Force is getting the word out that it has vaccines available for its airmen on demand.

The service announced it is providing vaccines to airmen who are at high-risk for monkeypox immediately if possible. If the shot is not at the clinic, the Air Force will ship the vaccine within 48 hours.

“We are committed to the health and wellbeing of every airman and guardian and helping members navigate through this outbreak is no exception,” Maj. Gen. Dr. John DeGoes, deputy surgeon general of the Air Force, told Federal News Network. “We are empowering airmen with the best possible information regularly through messaging to all of our medical treatment facilities in coordination with the Defense Health Agency. We’re communicating with our providers, clinicians, public health officials, and effective communities to share information on what to look for, and how to prevent exposure, how to treat it, and which communities are most at risk. And our providers and military treatment facilities are also ready to provide guidance on the monkey pox vaccine.”

DeGoes said if an airman falls within the medical guidelines for the vaccine, the Air Force will provide it. The Centers for Disease Control and Prevention recommend the vaccine for people who have been exposed to the disease, someone whose sexual partner has gotten the disease in the last two weeks, people who have had multiple sexual partners in an area with a known monkeypox outbreak and people whose jobs expose them to monkeypox. Those people include laboratory workers and public health workers.

DeGoes said airmen are also eligible to go to private or state-run clinics for the vaccine.

“We don’t have a high concern about broad spread, but our communities at the highest risk of primarily gay and bisexual men and men who have sex with men,” DeGoes said. “We want to ensure that those who may have been exposed and those who are at the highest risk get access to the vaccine. According to the CDC, even if a vaccine is given between four and 14 days after exposure, the vaccine can still help in reducing symptoms.”

Monkeypox is a rare disease that is spread through close physical contact, bodily fluids or respiratory droplets. It is possible it may spread through bedding and towels, but that is not fully substantiated yet. DeGoes said that does not make the disease easily spreadable in situations like basic training or aircraft carriers. However, the fact that a rare disease is breaking out into larger communities makes it a crisis.

Doctors first discovered the disease in Africa in the 1970s and mostly stayed in that area. Monkeypox was mostly transmitted by contact with infected animals like rodents. Now, the disease has infected 7,000 people in the United States and 25,000 people worldwide. DeGose said there are cases in 80 countries that had previously never seen monkeypox.

“The time from infection to showing symptoms is usually about five to as many as 21 days, and monkey pox is treatable,” DeGoes said. “The disease rarely can be fatal. In this outbreak, the only deaths have occurred in Africa in people with impaired immune systems.”

Airmen should be wary of symptoms like swollen lymph nodes, fever, chills and malaise at first. The disease then progresses to a rash of small red spots that blister and fill with highly infectious fluid. Those blisters eventually pop and scab over. Once new skin grows, the patient is no longer contagious.

DeGoes noted it is still early in the outbreak and medical professionals are still learning about the disease.

UK: ‘Early signs’ that monkeypox outbreak may be peaking 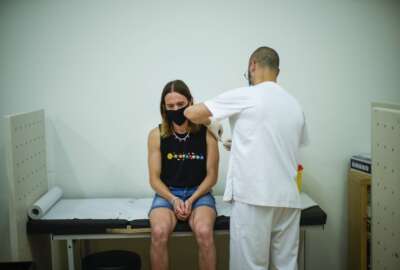 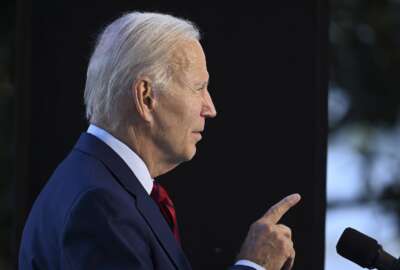