An entrepreneur speaks sharing his path to success 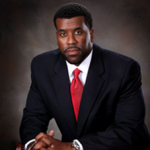 On this edition of Columbia Technology Partners’ Ready to Prime, Allen Scott is joined by Davon Kelly, President and CEO of Novad Management Consulting.

How did he do it?  What advice does he have for other who are ready to step off the ledge and form their own companies to make a run at the almighty government dollar?

Davon Kelly has taught the value of team and sportsmanship as an assistant varsity basketball coach at Episcopal High School since 2003. He shares many of the lessons that he learned on the court in his book, “From Courtside to the Boardroom: A Legacy in the Making.”

Inspired after writing the book, Davon Kelly founded The 13th Man to provide training, mentoring, leadership development and enrichment activities to equip young men with the necessary tools to move from feelings of inadequacy to being in the ‘starting lineup’. All proceeds from book sales are donated to the 13th Man.

Davon Kelly translated those lessons into his work as President and CEO of NOVAD Management Consulting. Since 2003, NOVAD has grown from a one-man shop to a multi-million dollar company employing over 120 full-time employees and independent contractors in the Washington D.C. metropolitan area, Oklahoma City and Atlanta.

Davon Kelly continues to leverage his business acumen, opening My Barber’s Lounge (MBL), a chain of upscale barbershops in Greenbelt, Forestville and Capitol Heights, MD. The award-winning barber shops (recipient of the 2014 Ford Motor Company Neighborhood Awards hosted by TV and Radio Personality Steve Harvey) have become another vehicle through which he mentors and supports the development of successful entrepreneurs.

Davon Kelly has a B.S. degree in finance from Florida Tech University and a Master’s Degree in business administration from Bowie State University.