Navy is missing opportunities with the Littoral Combat Ship

Retired Navy Cmdr. Jim Feldkamp doesn’t think the Navy is thinking enough outside the box when it comes to equipping its new Littoral Combat Ship, designed to be extremely flexible in the missions it can perform, for some of those roles.

“One of the opportunities about the LCS is the modular design. With that, you can be able to bolt on different suites to change the mission of the ship,” Feldkamp, now an adjunct professor at George Mason University, said. “And one of those things is — what they call off-the-shelf technology — is the Naval Strike Missile.”

The NSM is a fifth-generation Norwegian sea-skimming missile, also capable of flying around landmasses, currently used by multiple navies. But Feldkamp said there’s currently nothing like the NSM in the American Navy’s arsenal. He said it could greatly expand the ship’s capabilities at a reduced cost.

“It’s a very good opportunity by tried-and-true weapons systems, very inexpensive in relation to the other stuff that we tend to put on — we’re always enamored with the technology of the day — but I think it’s a very good opportunity to develop these LCSes to make modular design to be able to have a lower procurement cost and have more ships in the commons,” Feldkamp said.

The open architecture model of the LCS presents more opportunities to change the purpose and tactics of a ship. He compared it to an F-150 pickup truck — you can modify it for whatever mission you need to accomplish, which is something the fleet needs to stay competitive.

“We’ve had sequestration last several years, so this has really hampered our ability to modify our fleet,” Feldkamp said.

Other nations, he warned, have been taking the opportunity to catch up. Russia has been building nuclear-powered missile cruisers, while China has been flexing in the South China Sea.

“They are taking advantage of our sequestration and our reduction in our fleet to project their power. So all of a sudden we do see the rise of Russia, and the rise of China, and we should be aware of that,” he said. “We have to ensure freedom of navigation and freedom of the seas.”

The South China Sea is a big opportunity for the LCS to shine, Feldkamp said. Its low draft gives it the opportunity to operate closer into islands and archipelagos where capital ships can’t go.

“The LCS could, armed with this new missile, be able to work through those islands and add a lot more capabilities and provide more distributed lethality, so to speak, against our enemies,” he said. “So if we got into a shooting match or anything like that, the opportunity for us to attack from different angles would be increased.”

He said it’s would be a change in mindset, to buy off-the-shelf technologies and weapons systems from other countries, but procurement needs to change.

“It’s one of those change in philosophies, change in attitudes, change in mentality, that we’ve got to start looking outside the box in order to increase the opportunities for us to project power,” Feldkamp said. 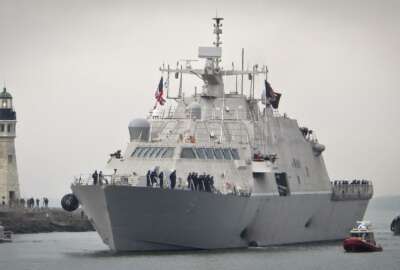 Navy is missing opportunities with the Littoral Combat Ship 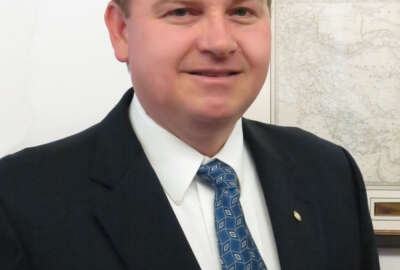 Jerry Hendrix: Righting the ship is the theme for the Navy’s Littoral Combat Ship