Battling on both the judicial and immigration fronts, the Trump administration over the past week faced a legal setback to its action on immigration from seven countries. The issue was before the Ninth Circuit Court of Appeals, likely en route to the Supreme Court.

For regulatory agencies, the White House clarified its earlier executive order calling on them to remove two regulations for every one they issue. The guidance came from the Office of Information and Regulatory Affairs (OIRA), which still lacks a permanent director. It gave details on which types of rules came under the order, the dates covered and more detail on figuring the costs of rules when meeting the requirement for zero net increase in the cost of regulation. For example, the guidance says savings from energy-efficiency rules don’t count.

President Donald Trump faces continued concern in Congress, centered in the House Committee on Oversight and Government Reform, over terms of the lease of a federal building to the Trump Organization. Members also want to see revenue and expense reports for the Trump International Hotel on Pennsylvania Avenue about four blocks from the White House. 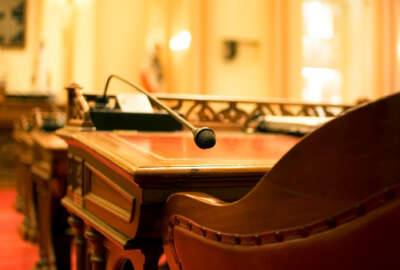