How data analytics can help save agencies money

Everyone wants to know where the government’s money is going, especially the government itself. Initiatives to share and publish agency data, like the Digital Accountability and Transparency Act, are working toward that end, and the Government Accountability Office is overseeing the efforts.

GAO hopes these initiatives will make agencies more efficient and save money by reducing improper payments.

“The greatest benefit [from the DATA Act] for the program managers I believe is going to be...

Everyone wants to know where the government’s money is going, especially the government itself. Initiatives to share and publish agency data, like the Digital Accountability and Transparency Act, are working toward that end, and the Government Accountability Office is overseeing the efforts.

GAO hopes these initiatives will make agencies more efficient and save money by reducing improper payments.

“The greatest benefit [from the DATA Act] for the program managers I believe is going to be the ability to analyze their own data to see [if they are] making erroneous or improper payments, they’ll hopefully know where to go to increase their collections on erroneous payments, they’ll be able to determine whether or not they’re running their programs efficiently and effectively,” Paula Rascona, director of Financial Management and Insurance Issues at GAO, said on Data Analytics month.  “When you get a governmentwide view of spending, you should be able to see there are potential areas of dislocation where maybe programs could be consolidated down.”

The DATA Act requires agencies to report information on its budget and all of its awards, grants, contracts and loans, including where the money was spent, how much was spent, and to whom it was paid.

The Treasury Department has been working on an online tool that would make all this data far more easily understood and searched.

“What we’ve seen so far that Treasury has developed — you can click on a map of the U.S., and then be able to drill down to get information at the state, at the county, at the locality level to see what type of dollars are being spent there, how much, when and who’s getting them,” Rascona told the Federal Drive with Tom Temin.

But a series of recent inspectors general reports reviewed by GAO show a mixed bag of results on implementation, considering the deadline is May 9. Of the 30 agencies reviewed, the inspectors general said 13 will meet the reporting deadline. Another 12 didn’t say whether or not their agencies would pass. And GAO and the Office of Management and Budget expect another five to miss the deadline altogether.

Sixteen more IG reports are in the works but haven’t been reviewed by GAO yet.

“Overall, we’d probably say this is hopeful, but there’s still a lot to be determined,” Rascona said. “We’ll see what happens when the deadlines hit and the IGs get their reports up. We know that some of the smaller agencies, because they’re less complex and don’t have as much to report, will probably do better than these larger agencies because they have so many disparate systems, they don’t have the data fields necessary, and all of their different systems to link the data properly, so it’s going to be quite a challenge for some of these agencies.”

Once the information required by the DATA Act is uniformly reported, other initiatives are ready and waiting to put it to use.

Vijay D’Souza, director of the Center for Enhanced Data Analytics at GAO, said the agency is already looking into public-private collaborations to apply data analytics to the information reported by agencies. He hopes to use this data to help agencies reduce improper payments, but the logistics of coordinating such an effort can be challenging.

“One of the things we talked about is making sure the analytics you pick and how you use them matches closely with the objectives of your organization, whether it’s government or business, so it’s important to have some sort of governance structure for both the data you’re going to use and the different types of techniques you’re going to use. Because there’s always going to be more data than you can use, and more potential leads,” he said.

That prioritization is important if agencies want to get as much out of their data as possible, he said. That’s especially true considering how expensive data analytic tools and software can be.

D’Souza said the Department of Health and Human Services is a good example of how this can be done. He said the agency brought its analytics together in one place, combining business expertise with technical proficiency, which it identified as one key to its success.

Another challenge HHS had to overcome was a hesitancy to share sensitive data.

“When they were getting started, there was a lot of nervousness about sharing information,” he said. “So they looked for ways to share information that wasn’t as sensitive first. They started by sharing information on different types of fraud schemes without a lot of technical details. Once they were able to build trust among the participants, they then moved to sharing potentially more sensitive information, when they felt more comfortable that the other participants would appropriately safeguard it.”

D’Souza said this is a common issue during these types of collaborations. It’s not unusual for the partnership to start with non-sensitive — or even synthetic — data in order to demonstrate an ability to properly handle and safeguard it.

The main thing to remember at the beginning of these relationships, D’Souza said, is to ensure you’re working toward a common goal. 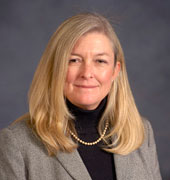 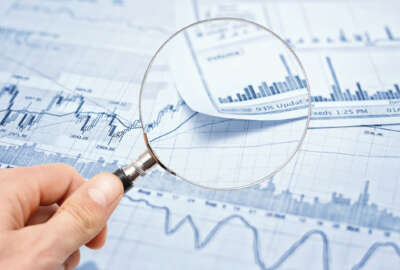