The Department of Energy (DoE) is like any other dinosaur bureaucracy looking for relevance in a political atmosphere that doesn’t focus so much on pure research as it does on saving taxpayer money by cutting costs and increasing efficiency — hopefully for the benefit of the public coffers as well as business competitiveness.

Two approaches to doing this are seen in DoE’s Office of Energy Efficiency and Renewable Energy. As the office’s principal deputy assistant...

The Department of Energy (DoE) is like any other dinosaur bureaucracy looking for relevance in a political atmosphere that doesn’t focus so much on pure research as it does on saving taxpayer money by cutting costs and increasing efficiency — hopefully for the benefit of the public coffers as well as business competitiveness.

Two approaches to doing this are seen in DoE’s Office of Energy Efficiency and Renewable Energy. As the office’s principal deputy assistant secretary, Daniel Simmons has taken charge as a cost-cutting and relevancy guru.

As the DoE’s regulatory reform officer in charge of implementing President Donald Trump’s Executive Order 1377 establishing a regulatory reform task force within each agency, Simmons oversees the DoE task force looking to find ways to improve the overall efficiency of where the DoE spends its research dollars.

A focal point of DoE research is its 17 national laboratories, 16  of which are run by contractors receiving billions of dollars of federal funding every year.

“We want to make sure they are running as effectively as possible without a lot of overhead,” Simmons said. “We are looking for ways to reduce the bureaucracy to save $100 million per year, by taking a number of actions to streamline that process.”

Research spending and efficiency is also a key objective for DoE’s Technology-to-Marketing program, where Director Johanna Wolfson wants to ensure the research done by the agency is not just pushing knowledge forward, but is also actually making an economic impact.

“What we find are often these barriers crop up that prevent technologies from getting to market, and we focus on reducing those barriers so that the market can identify those technologies that make the most sense to develop,” Wolfson said.

Taking a macro-view of the ways to save money via streamlining the processes, Simmons admits to having uncovered little so far in need of regulatory reform.

“Nothing that is earthshaking or super exciting. When it comes down to making decisions on things like how buildings are designated in terms of nuclear security, it may sound very boring, but depending on how that designation happens could save taxpayers $50 million a year. That’s what we hope,” he said “[But] really what we are focused on is just trying to make sure that we streamline as we work with the national labs,” Simmons said.

With the Technology-To-Market program, bringing economic success to individual technology projects was a goal long before the Trump cost-cutting edict came down.

“To the extent that U.S. growth and competitiveness really can be driven by energy technology innovation, we want to make sure that the energy technology that is being developed in the national labs and universities through DoE support has a route to market impact,” said Wolfson.

Wolfson explained that unlike a more typical approach where individual technology projects are shepherded through the commercialization process to ensure their success, her office is taking a more holistic approach.

“We actually focus on improving that pathway itself, so that any projects that do get funded have a more efficient route on their way to having an impact.”

Wolfson said the challenges to doing that are pretty specific to the energy sector or to the development of hardware technologies. On problem Wolfson describes is an energy sector that is risk averse.

“What we find in the energy sector is that the large energy companies have an aversion to bringing on disruptive technologies. There tend not to be strong market signals or great landing pads for new technologies,” Wolfson said.

In terms of technology, the expense of long development times for new hardware becomes even more of a burden when you remember the energy industry requires a massive infrastructure to begin with. Together, however, they create barriers to innovation that Wolfson said are hard to sell.

“There hasn’t been a lot of capital moving into the space from venture capitalists and other types of investors that support innovation. Access to capital, on top of this being an established industry, and on top of the facilities that are required to develop technologies,  makes things even less likely to make an impact … so that’s the kind of thing we address,” she said.

Wolfson’s technology-to-market program has faced these challenges in two ways. One looks at reasons why new technology is not reaching the marketplace or why the private sector isn’t able to access these new technologies. A second looks at giving the business world access to DoE’s excellent labs.

To get around some of that previously-mentioned aversion to risk by industry, the Technology to Marketing program has adapted a very successful National Science Foundation program to create something it calls “Energy I-Corps”, which looks at learning more about the potential customer, and has forced DoE’s labs to provide an environment that encourages connecting to industry.

Wolfson also saw a need to strengthen the agencies two-way communication. Opening the door to the national labs would provide the needed workspace and environment for industry to do the needed research itself.

“We have a program called Cyclotron Road, which actually brings outside innovators and puts them in one of our labs for two years. We don’t fund much of their research, but we are facilitating their access to the lab, which is tremendously impactful because any funding that they do get goes a lot further since they are able to leverage all these resources,” Wolfson said.

Wolfson said she believes there’s something to be gained by taking this different approach.

“There’s an ongoing dialogue about how far along the process is it important for the government to fund,” Wolfson said. “What we think is exciting about the work that we’re doing is that we’re not talking about funding any individual technologies, we’re talking about supporting the underlying infrastructure that lets you have a good hand-off from the public sector to the private sector. What we like about this approach is that it doesn’t pick winners and losers. It actually benefits technologies across the board…which is a more appropriate role for government in the first place.” 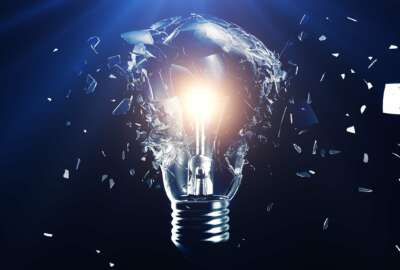 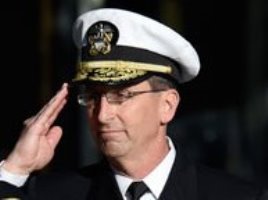 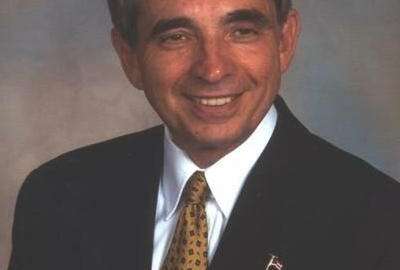