As federal employees open their first paychecks of the new year, they’ll notice that the final number will look a little higher in 2018.

That number typically — though not always — changes every year. A big piece of those changes comes down to locality pay.

In an attempt to help our readers better understand the moving pieces behind their paychecks, Federal News Radio explains locality pay: what it is, what it means for you, how it...

As federal employees open their first paychecks of the new year, they’ll notice that the final number will look a little higher in 2018.

That number typically — though not always — changes every year. A big piece of those changes comes down to locality pay.

In an attempt to help our readers better understand the moving pieces behind their paychecks, Federal News Radio explains locality pay: what it is, what it means for you, how it came to be and how it differs across the country.

It started in 1990, when Congress passed the Federal Employee Pay Comparability Act (FEPCA), originally designed to eliminate what federal economists had observed was a growing pay gap between non-federal and civil service salaries.

The law technically authorizes the full amount necessary to reduce the pay gap between federal and non-federal salaries in 47 broad “locality pay areas” to 5 percent. But previous administrations, and the current one, have not followed the schedule of locality pay adjustments as FEPCA authorizes.

Look to President Donald Trump’s most recent determination on the 2018 pay raise for an example.

“Under current law, in addition to a 1.9 percent across-the-board increase for the base General Schedule, locality pay increases averaging 26.16 percent and costing $26 billion would go into effect in January 2018,” Trump wrote in his August 2017 pay announcement. “A pay increase of this magnitude is not warranted, and federal agency budgets could not accommodate such an increase while still maintaining support for key federal priorities such as those that advance the safety and security of the American people.”

Instead, the president authorized an “alternative pay plan,” which in 2018 called for an average 1.4 percent across the board pay raise and an average 0.5 percent locality pay adjustment.

But generally, how does this work?

Your base pay is established according to a specific formula, which is set under statute.

Instead, locality pay increases are based on comparison from the Bureau of Labor Statistics, which uses the National Compensation Survey to measure non-federal compensation in a particular labor market and compare it to federal pay for GS employees who perform similar work in the same region.

For example, the bureau can compare average salary information for an engineer at a private company or state government in Indianapolis with the average salary of a federal engineer working in the same city.

The discrepancy, or pay gap,  between the two helps determine a locality pay adjustment for a specific area during a given year.

Yet some economists, and even the bipartisan Congressional Budget Office, have called these pay gaps into question. According to a study CBO released last spring, government spends 17 percent more on its employees than the private sector.

The president’s pay agent, a body comprised of the Labor Department secretary, Office of Management and Budget director and Office of Personnel Management director, even expressed “major methodological concerns” with the model used to calculate federal base and locality pay.

What does this mean for me?

First things first: the president’s announcement typically demonstrates the average pay adjustment that you’ll see during a given year. Locality pay is a crucial factor, however, because it means that some federal employees will earn more than the announced average, while others will earn slightly less.

Here’s how to calculate your overall salary, including locality pay, for a given year.

The president’s alternative pay plan reflects an average increase for a given year, meaning some federal employees may receive an adjustment that’s higher than the announced number, while others may see total salary adjustments that are lower.

Step 1: Increase the previous year’s GS base rate by this year’s across-the-board base pay increase.

The total should reflect your total salary for the year. Again, that number will reflect the year’s base pay rate increase and the year’s locality pay adjustment.

Let’s use an example.

Find a full list of all 2018 locality pay areas and their corresponding rates here.

To easily calculate salary adjustment, you can find the Office of Personnel Management’s GS salary calculator for 2018 here.

Who gets locality pay?

Your locality payment during any given year depends on where you live.

It doesn’t become official, however, until an administration publishes regulations that establish a new locality pay area. Recently, the regulations process has ground to a halt. The Federal Salary Council first voted in November 2015 to establish Virginia Beach and Burlington as their own pay areas. The President’s Pay Agent finalized those additions in November 2016, but today, they haven’t been made official.

However, there are some exceptions. Federal employees in these categories typically do not receive locality pay: 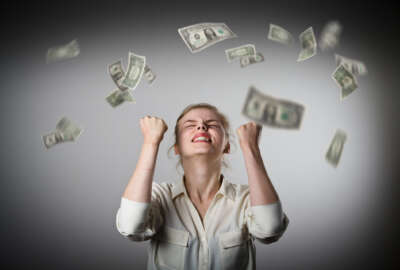