The Army wants to know exactly what role advanced manufacturing might play in its future logistics chain. To help find out, experts are disassembling an entire UH-60 Blackhawk helicopter and taking 3D images of every single component.

For brand new weapons systems, the Army said vendors are now delivering digital models of the kind it’s trying to derive for the Blackhawk at the same time they deliver the actual,...

The Army wants to know exactly what role advanced manufacturing might play in its future logistics chain. To help find out, experts are disassembling an entire UH-60 Blackhawk helicopter and taking 3D images of every single component.

For brand new weapons systems, the Army said vendors are now delivering digital models of the kind it’s trying to derive for the Blackhawk at the same time they deliver the actual, physical weapons platform. But those precise 3D representations don’t exist for older systems like the UH-60, so in essence, they have to be digitally engineered in reverse.

The Blackhawk teardown is happening right now at Wichita State University, in partnership with the aircraft’s original manufacturer, Sikorsky. The Army expects the full set of digital models to be ready within the next couple of months. After that, the service will have a clearer picture of exactly how many of the components can be recreated with 3D printing and other advanced technologies.

“We’ll evaluate every one, and not every one is necessarily going to be optimized for advanced additive manufacturing,” said Maj. Gen Todd Royar, the commander of Army Aviation and Missile Command. “But our intent is to literally go through all of our parts, starting with the UH-60, because those are the first ones we’ll have the 3D files for.”

As big as the project is, using advanced imaging tools to scan the parts into a digital environment is a fairly straightforward process, Royar said. The much tougher tasks are going to be determining which parts are indeed amenable to advanced manufacturing techniques, and whether they can withstand the rigors of combat flights.

“Once you have a 3D model, it’s relatively easy to print something. But ensuring it meets our qualification standards is hard,” he said. “You have to take into consideration, for example, what the metal was made of, what alloy was used…And if I put it into a 3D printer, does that printer have the right tolerances? Is it repeatable every single time to get it within those tolerances? How do we test against that? We have to make sure all those things happen so we can meet not only the Army’s requirements, but in my case, the FAA requirements as well.”

Other Army equipping communities are undertaking similar reviews to see how advanced manufacturing could fulfill their needs for spare parts.

Maj. Gen. Mitchell Kilgo, the commanding general of Army Communications-Electronics Command, said his team has evaluated about a third of the items in the command’s inventory of 98,000 separate parts. So far, 237 appear to be candidates for advanced manufacturing.

“And when I look for candidates, I’m really talking about major items that helps us get beyond long-lead-time parts and obsolescence,” he said. “We’re really focused on things that cause those sorts of problems in the fleet.”

Army Tank and Automotive Command has only qualified one part for advanced manufacturing, but Brig. Gen. Darren Werner, TACOM’s commander, said his organization did use advanced manufacturing capabilities to help produce cotton swabs and other items needed for the national response to the COVID-19 pandemic. He said TACOM is in the process of identifying other candidates.

“We look at parts that are unnecessarily expensive because of [a lack of] competition,” he said. “In some cases, the OEMs don’t produce a lot of them, so the prices go up. There’s also parts that just are not available any longer, so we have to go to manufacturers and ask them to gear up their traditional manufacturing techniques to produce those parts for us. We are looking for those parts so we can prioritize them at top of our list and qualify them.”

Then, of course, there’s the advanced manufacturing use case the military’s been pursuing for years: producing parts at the point of need instead of having to wait for replacement parts to move across long, and sometimes dangerous logistics chains.

“We’re also looking at things that could be remanufactured or improved or repaired using our Mobile Welding and Shop Set (MWSS), which has a five-axle cutter as well as a polymer printer inside the container that can be forward deployed,” Werner said. “So we’re looking at methods that can integrate the repair of parts as well.”

But even for parts that can’t yet be reliably produced via additive manufacturing or other advanced techniques, simply having digital models of them is useful for plenty of other reasons.

For example, those models can be helpful for predictive maintenance, since they could let the Army perform computer simulations to help determine when a part is most likely to need replacement.

“But it also has other capabilities as well — training, for example,” Royar said. “If you have a 3D model, if I’m a soldier and I need to assemble a portion of a weapon system, okay, let’s put the goggles on. They can literally practice taking it apart in a 3D simulation before they actually ever have to do it.”

But the Army also realizes that once it does have high-fidelity 3D models of every nook and cranny of a major weapons system, those datasets are going to become extremely attractive cyber espionage targets for foreign adversaries.

“It’s critical that we treat this more uniquely than our typical data. We leverage our data-at-rest and layered defenses, and probably to some extent, some of this data for mission-critical platforms should be stored offline,” he said. “For the data we control, I feel pretty confident about our ability to secure that. Where I get concerned is where we have second-and-third-tier vendors that potentially have that data as they’re producing parts. But this data has to be not treated as just simple unclassified data. We have to treat it as sensitive.” 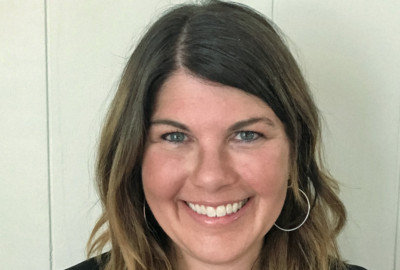