Government managers are supposed to use data- driven approaches to decision making. That’s what the Army is doing and trying to recruit more candidates to ROTC and to boost the flagging effort at regular soldier enlistment. The Federal Drive with Tom Temin talked about this with Brig. Gen. Alex Fink, chief of Army enterprise marketing, a relatively...

Government managers are supposed to use data- driven approaches to decision making. That’s what the Army is doing and trying to recruit more candidates to ROTC and to boost the flagging effort at regular soldier enlistment. The Federal Drive with Tom Temin talked about this with Brig. Gen. Alex Fink, chief of Army enterprise marketing, a relatively new unit of the Army placed in Chicago. We started with some of the trends prompting this new approach.

Tom Temin: And in general, has ROTC enrollment been level or has had been declining down? I mean, it was not too many years ago, where colleges even went back to letting ROTC come on board in a lot of cases.

Alex Fink: Yeah. So we have not failed in our mission within a cadet command, which manages ROTC in modern history. That’s not necessarily the challenge that we’re having here is sufficient quantity, it really is a quality sort of campaign. And so what we have seen sort of the the early indicators, or the number of applications that we get for the four year scholarship, okay? There’s been recent articles about the drop in applications amongst service academies, colleges have fewer people even ACT and SATs tests are having fewer people take those so that the what we’re seeing within our Army ROTC is not that much different than other indicators. But it is concerning. And so how do we ensure that we have the highest quality, college-bound youth, keeping the Army and the opportunity to serve as the Army officer in their consideration set. And so that’s why this campaign was really to drive college-bound youth to compete  for the four-year ROTC scholarship. We wanted to get more applicants doing this, obviously, the more applications we get, we have a better opportunity to select the best. But even those who don’t get selected, they’ve shown some propensity to the Army. And when they get on campus, there’s always opportunities  for scholarships. Three year scholarships, the reserve and National Guard offer Minuteman scholarships. Sometimes there’s local alumni scholarships, and those cadre on those college campuses, they know where to get back. And so even if they don’t get the four year national scholarship that the Army provides, they can still get the three year or they can find local scholarships on campus through the cadres. They really become a great opportunity to develop a good pool of prospects that we can hopefully convince to think about ROTC.

Tom Temin: And getting back to the marketing function of the Army writ large. Are you also applying this data driven approach and this new marketing techniques approach to the general enlistment, where the Army as the other armed services has really struggled in the last couple of years?

Alex Fink: Absolutely. And in fact, we launched a couple of campaigns earlier this year, one of them was called “Know your Army”, then they had a companion campaign called “Passions”, and very different campaigns in terms of how they look and feel but designed to work together and market. And I’ll get to the strategy behind that, we knew a year ago that this is gonna be a tough year between marketing and recruiting command, USAREC. We knew that this is gonna be a challenging year. And so we even we started working back then, what’s our strategy, and when you understand your market at a fairly granular level, like we do, that gives you options about how you how you’re going to approach a mission. And so one of the things we did was we know that bringing folks in who were less predisposed. They really have no connection whatsoever to the to the Army, or the military or any of that, that’s a longer sell. We don’t have a long time, right? We have a short period of time. And so we’re we’re going to on put a finite campaign and the market is not going to last forever.   And so we found audiences that had familiarity with the Army, they were open to the idea, but there was something that was preventing them from becoming a lead. And so trying to figure out what is that something that was preventing them from becoming a lead? And part of that was just the understanding of benefits, right, both tangible benefits and less tangible benefits. And  we need to explain this better, right. And so the “Know Your Army” campaign was  the very practical benefits you get in the army, that a lot of us who’ve served for years take for granted. But you know, those who aren’t familiar with that don’t know about it. And so really, it was about explaining those very tangible benefits. And then the second one was really about the intangible benefits, “the Passion”, the elements of the connection piece you get from joining the army. And so these work together really well, what we didn’t see was bringing necessarily a lot of new people into what we call the funnel. But what we did see was moving people who are already in the funnel to convert down to become leads. And we’ve seen over a 30, 35% increase in contracts, connected right to that campaign, just as we launched in April, May timeframe. So back to the data elements, we see, we can see very clearly that the campaign attracted who we thought it would attract, it got them to become leads, and now they’re converting to contracts. And in many cases, they’ve already shipped to basic training.

Tom Temin: It seems like if you could get 10% of the kids that play these video games that are shooting them up, route them up types of things, you’d be in clover.

Alex Fink: So that’s part of the mix. For sure. Gaming and gamers are certainly certainly part of that, where we place ads.

Tom Temin: I was gonna say you could place an ad and say, Hey, kids, you can do this for real and reach a lot of eyeballs that way.

Alex Fink: The passions element, the passions campaign was specifically about hey, listen, if this is your thing, right, and let’s just say going outside and climbing mountains is your thing, right? You can do that in the Army. If learning, if using code on a computer, writing code is your thing you can do that in the Army.  The idea was everybody’s got a passion, everybody’s got a thing. And you can do that thing in the Army. And that takes me back to the Decide to Lead campaign. What’s the thing about that one, what’s the creative strategy around that, and it’s around the Decide to Lead. So you know, our whole point here is that leadership is not, you’re not born with it, you’re not destined to it, you don’t inherit, you can’t buy it, it’s a choice. And quite frankly, anybody can make that choice. You know, it takes some, you’ve got to have some grit,  you’ve got to have some sort of high achieving mentality, but anybody can make a choice to lead. If you look at our senior leaders across the Army, there’s nothing really that defines them from a personality perspective, right? They’ve all  come from different places. You’ve got introverted, extroverts, I mean, they’re all over the board when it comes to their personality styles. It’s not like it’s just a one size. Anybody can choose to do it. And and so it’s a choice. So that’s why we call it Decide to Lead. 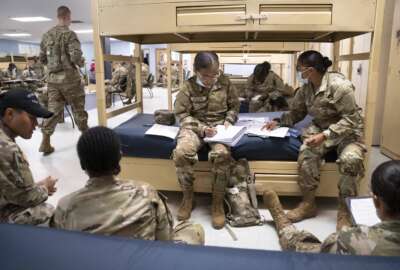 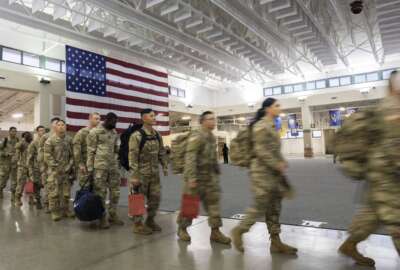