If you’ve got an idea for the next great invention, you’re in good company. The Patent and Trademark Office has approved more than 10 million domestic patents in its more than 200-year history. And with applications coming in every day, it can be hard for examiners to sort out new concepts from what’s already been patented.

If you’ve got an idea for the next great invention, you’re in good company. The Patent and Trademark Office has approved more than 10 million domestic patents in its more than 200-year history. And with applications coming in every day, it can be hard for examiners to sort out new concepts from what’s already been patented.

When vetting new applications, USPTO examiners have to search a growing body of research materials — including scientific articles and technical standards — for any evidence that the pending invention isn’t based on existing ideas. But the accelerating pace of technology has made it even more challenging to navigate through all that research.

Given the growing number of references that examiners need to search through, USPTO Director Andrei Iancu said the agency has begun developing artificial intelligence tools to streamline the patent approval process.

“We have been in the midst of a publication explosion for quite a few years now. And the amount of literature out there that is potentially relevant to any particular patent application is growing at a very fast pace,” Iancu said in an interview with Federal News Network.

While USPTO ultimately looks to create an AI tool that can reliably comb through all the relevant research for a pending patent application, the agency has had more success with smaller projects along the way.

Those include a machine learning “synonym expansion tool,” which pulls in search results for words similar to what the examiner has typed into a research database.

“To some extent, the search results will be only as good as your query is, and the words that are being chosen by an examiner for that query. Our examiners are very good at creating their queries, they have lots of training and experience in that. Having said that, nobody’s perfect,” Iancu said.

The agency is also working on AI tools to better route incoming patent applications to the right department. But as AI tools get better at automating manual tasks governmentwide, it remains an open question of what federal employees will do with their freed-up time.

The Trump administration has placed an emphasis on shifting government employees from low-value to high-value tasks through the President’s Management Agenda. As part of that effort, the Office of Management and Budget, in partnership with the Chief Information Council and the Education Department, launched a reskilling academy last year aimed at retraining employees for cybersecurity jobs, but demand so far has outpaced the number of slots available.

However, Iancu said these concerns about technology displacing jobs are nothing new.

“Folks, for a very long time, since the beginning of the Industrial Revolution, have always worried that the next automation step will displace jobs and the machines will take over and people will be losing their jobs and their skills. But what happens over time, just looking back at history … is that humans use improved automation tools in their daily work. It allows them to do their jobs better, to do their jobs faster,” Iancu said. “The way I look at AI or automation tools is that they are just that — they’re a tool. They’re another tool, perhaps a better tool, and the set of tools that our employees have to do their jobs.”

But amid these efforts to build useful tools for the agency’s workforce, breakthroughs in AI research have raised new questions about who — or what — even qualifies as an inventor.

And until AI algorithms get sophisticated enough that they can explain how they make decisions, it can be hard to decipher whether an AI algorithm is eligible for a patent.

USPTO has launched an internal task force that seeks to answer those questions, and issued guidance in January seeking to clarify the eligibility of patents for abstract ideas. The guidance, published in the Federal Register, defines abstract ideas as mathematical concepts, mental processes, or “methods of organizing human activity.”

Section 101 of the patent code deals with the subject matter eligible for a patent. Patent law prohibits patents on creative arts, like dance, as well as things that occur organically in nature.

But until the federal court system gets a firmer grasp on those concepts, or until Congress intervenes and further defines patent eligibility, Iancu said a lack of legal clarity has held back the public from investing and inventing with confidence.

“It’s the most important, substantive issue in patent law right now, and it is an issue that the courts could solve if they wanted to, and they certainly could. Unfortunately, so far, I have not seen any indication from the courts that they are interested in making any change to their approach they have been implementing for the past few years,” Iancu said last month in a keynote address at the Hudson Institute. 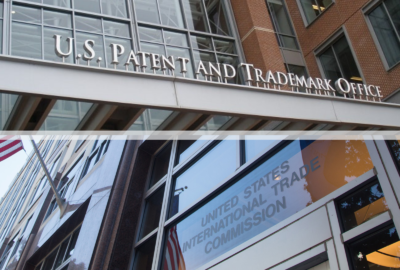 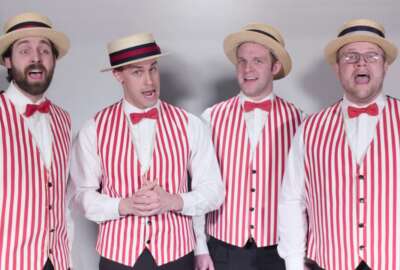