Listen to the second part of this interview here.

Covering the state and local IT landscape at Federal News Network I have often kidded my federal focused colleagues and the federal IT vendor community at large that they are spoiled by the significant extent to which federal agencies document their IT budgets.

Each fall the new IT budgets are broken down by agency, department, and even project. And the state and local IT vendor community would...

Listen to the second part of this interview here.

Covering the state and local IT landscape at Federal News Network I have often kidded my federal focused colleagues and the federal IT vendor community at large that they are spoiled by the significant extent to which federal agencies document their IT budgets.

Each fall the new IT budgets are broken down by agency, department, and even project. And the state and local IT vendor community would absolutely drool over something similar to the data-rich content in the federal IT dashboard at the state and local level. It even includes a photo of the agency CIO, along with his or her email and phone number!

On this last point in comparison, California use to have a directory of all 150 or so agency and department CIOs with their phone and email published by the state IT shop, the California Department of Technology (CDT). Then about five years ago, they dropped the phone number. Soon after that, CDT removed the email address, too. A year or so later, they dropped the first name and only had an initial. Then last year the directory was gone completely — so much for transparency.

I am hesitant to disparage California IT, where I resided as the Golden State’s first CIO at the end of the last century, but it is still a rich target environment especially when it comes to the transparency of its IT spending. It’s a situation that existed when I was there, and continues to this day.

That’s one of the reasons it was so interesting to have a recent conversation with Kevin Plexico, senior vice president of information solutions at Deltek, and who runs their market intelligence business.

“One of the things that we do within my business areas, we do a forecasting and  market trend analysis of federal, state, local and higher education markets for our customer base, government contractors that are going after government work and trying to figure out where things are headed,” Plexico said. And state and local government and education (SLED) certainly is a market that cannot be ignored by vendors. Deltek estimates that it’s more than $130 billion, which is probably $30 or $40 billion more than the annual federal government’s IT workforce spends.

Being so enthusiastic about having accurate data, and being so frustrated at the lack thereof, I asked Plexico to discuss his organization’s efforts to identify and measure state and local government budgeting and spending. To illustrate the challenge I’m fond of recalling the words of NASCIO executive director and long-time friend, Doug Robinson, who has often said that if you know one state, well, you know one state.

This begs the question as to the kind of methodology that Deltek employs to identify and forecast SLED IT budgeting and Plexico complied.

“We rely on a variety of information sources. The Census Bureau does a census every four or five years of actual state and local governments that give us a lot of expenditure data. This gives us an understanding of what cities and counties are spending on goods and services as well as at the state level,” he said.

This process provides Deltek with a logical understanding that if a certain city or county they’ve identified spends 5% of its budget on IT, then other cities and counties of similar size most likely do the same.

“So unlike the federal market where they put out a nice big IT budget, you don’t get something like that,” Plexico said. He explained that state and local governments, while they might have a technology budget and a technology plan, for the most part it just provides budgets for their primary technology organization. Consequently, you rarely see the whole IT budget picture.

As a result Deltek produces forecasts based upon a structure of technology offerings.

“So you might think of IT in broad categories, the big ones would be hardware, software, professional services, and then communications and network services,” Plexico said. Professional services, communications and network services have been by far the fastest growing. “We’ve seen agencies moving to adopt cloud computing, moving away from the kind of tech refresh they are used to,” he said.

In addition, there’s a tremendous amount of effort to reduce the amount of data center activity and leverage more public cloud service offerings.

“Those things have this dynamic of driving down investment in equipment and to a lesser extent software, and increasing those other two categories,” he said.

Plexico emphasized the fact that Deltek is not trying to replicate state budgets.

“We’re trying to do a market sizing for our customers so they can understand the relative spend of different agencies compared to each other, based on population, based on expenditure data from the census, and obviously their budget,” he said. Plus, Deltek tracks actual contracts and bidding activity providing a good sense for spend level at the end of the day.

With the caveat that this interview took place prior to the full impact of the coronavirus pandemic, Deltek sees three specific spending growth area and trends for state and local government. Obviously cybersecurity is No. 1, as it’s dominating the attention of agencies because of the risks that are exposed there. Second is cloud services. Agencies can adopt either their own private clouds and consolidate their data centers or enable public cloud offerings and services.

“I’m even seeing a lot of states starting to look at [Federal Risk and Authorization Management Program], which is a federal program for authorizing cloud providers. Many states are starting to look at that as a bar for them to select a cloud service provider,” Plexico said.

The third trend according to Deltek is the one that seems to just never go away: The constant need to modernize, getting off these legacy systems that they have required so much time and resources going back 30, even forty years. Plexico noted that it continues to attract attention, making the top 10 of the National Association of State Chief Information Officers surveys year after year.

SLED vendor advice: Get in early

Plexico concluded with always welcome advice for the IT vendor community with regard to this SLED marketplace. He explained that it’s really inaccurate to characterize it as one market. Vendors must figure out their primary solution set and who’s the most likely buyer of that solution set.

“If you try to go after all of the state and local, you’re going to fall between two stools very easily. It definitely requires a lot of focus. What is it that you really think is your differentiator, and your value prop,” he said.

The final key is a familiar one. You need to get in early.

“So if you’re trying to get a decision maker, a buyer of technology in state and local government, you really have to get in early and talk to them when they’re not in the middle of a procurement cycle. So that when the procurement cycle comes around, you’ve already had a chance to educate them about your business, your capabilities, and maybe that affects the way they draw up the requirement.” 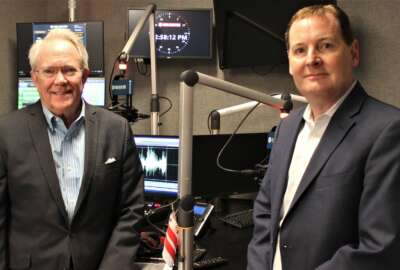 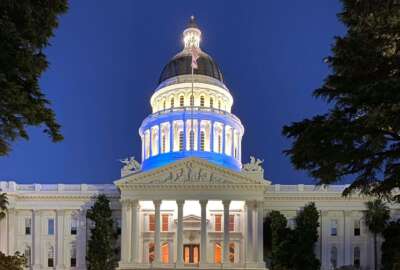