State IT leadership across the country has for the most part been widely praised for stepping up during this coronavirus pandemic and successfully implementing continuity of operations plans almost seamlessly. However, one area of concern which affected scores of states has been the surge of unemployment insurance (UI) claims and its devastating impact on legacy applications.

States from California to New Jersey have seen their 30-40-year-old UI systems grind to a virtual halt in some...

State IT leadership across the country has for the most part been widely praised for stepping up during this coronavirus pandemic and successfully implementing continuity of operations plans almost seamlessly. However, one area of concern which affected scores of states has been the surge of unemployment insurance (UI) claims and its devastating impact on legacy applications.

States from California to New Jersey have seen their 30-40-year-old UI systems grind to a virtual halt in some cases under the weight of the 40 million new unemployment claims over the last three months. In fact, according to Bloomberg this week, “There’s a roughly $67 billion gap between what unemployed Americans are owed and what they have received so far.” The root of this gap certainly includes state legacy UI systems being simply overwhelmed.

Massachusetts all in for UI modernization

However, there is at least one state whose fortuitous UI modernization effort a few years ago has spared it from much of the turmoil affecting so many others. We spoke this week with Anthony Fantasia, the chief information officer for the executive office of labor and workforce development (EOLWD) in my old stomping grounds, the Commonwealth of Massachusetts. EOLWD manages the unemployment programs in the Bay State and related computer systems.

Massachusetts’ modernization effort began about three years ago when it was determined that the UI system was on its last legs.

However, rather than investing in new infrastructure, the decision was made jointly by EOLWD and the executive office of technology services, the state CIO Curt Wood’s shop, to go to the AWS public cloud.

“We did a modernization effort of the application running all brand new Oracle RDS back end, a stack, elastic load balancing capabilities, whatever functionality and technology that we could do, from an infrastructure point of view, to make our system more modern and reliable,” Fantasia said.

I was curious where Massachusetts found the money for the new system. While CIO in Massachusetts and California I was very aware that many of our major computer systems were actually funded to a large extent — 80%, 90% even 100% by the federal government. These IT projects, however, were in the social services programs: Welfare eligibility, child support systems, child welfare systems and so on. They all came with a big chunk of money from the feds to actually develop the systems. But apparently, the Labor Department which provides federal funds for state UI programs does not have the same type of IT funding process for state UI computer systems.

“You’re right. There is no federal money to do infrastructure,” Fantasia concurred. “All of the Department of Labor federal money that we received is for business programs and business grants.”

Consequently, Massachusetts had to basically carve out some state funding to do this modernization effort.

“We’re now tapping into all of those fed grants to do a 10% cut off the top for operational and technology improvements for each year, but back then we had no budget,” he said. They went to the administration and finance agency who controlled the budget and made their business case for modernization. “We told them the problems that we were facing and the cost of it, and everybody agreed that this was the right choice to go forward.”

The modernization implementation itself was revealing as well with customary hiccups along the way. Not so much technology-wise as could be expected, but the usual change management issues, in this case with the federal government. Fantasia described it euphemistically as “learning opportunities”.

Massachusetts like all states obtains data from the IRS and from the Social Security Administration to determine claimant eligibility. There are strict federal guidelines to ensure that Massachusetts provides the proper paperwork, and meets other requirements involved as they were moving from an on premise data set to the cloud.

“The feds had some verification, they had their own testing. They wanted to do the old fashioned on site audit,” Fantasia said.

They had to convince the feds that they couldn’t tell them the location of the Amazon Web Services data center. The people who were managing and auditing state solutions were still considering states to be legacy controlled, brick and mortar data centers. Massachusetts even called in their AWS partners to help make their case with the feds. AWS demonstrated that there were many federal solutions that are successfully operating in the AWS environment.

“So it took the IRS and the SSA some convincing to understand what the cloud data center was really all about,” he said.

Overall the new system was about a year in development and cost around $6 million. There were a number of external partners involved like the bank and the Labor Department’s icon hub for SSA verification.

“So we did most of our testing for those interchanges back and forth on a date of validity point of view, making sure that we could set up the right secure methods for access, making sure the changes there were obviously from a client inside as well as some external partner, making sure all that activity was there safe and secure,” Fantasia said.

Finally, I asked Fantasia’s advice for other states which will no doubt be revisiting their plans to modernize their UI systems given the pandemic’s impact. He said the biggest key is not to be afraid of change. Massachusetts took the effort to not only modernize its infrastructure for UI Online, but also to modernize its call center.

“We’re changing the way we think about doing business. And the advantage of doing something in a cloud solution is literally that if you don’t like it, you can do it all over again,” he said. “Tear it down and go over again. It’s the servers and the infrastructure and not your children.”

It seems that all this effort has paid off for the Commonwealth of Massachusetts. It will be interesting to see what the reaction will be among other states as well as whether the Labor Department may wish to reassess its position with regards to funding UI system modernization efforts. 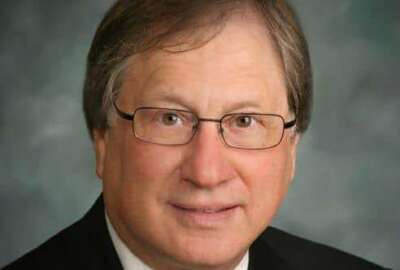 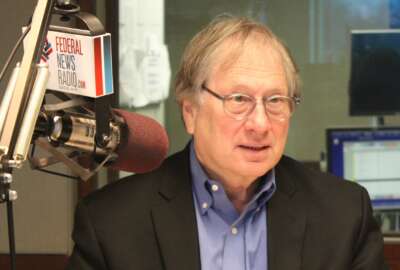