They say timing is everything, and for South Dakota’s chief information officer, Jeff Clines, it couldn’t be more significant. He was appointed by his boss, Governor Kristi Noem, taking office as Commissioner of the South Dakota Bureau of Information and Telecommunications, on April 6, 2020, smack in the middle of the COVID-19 pandemic outbreak in the U.S.

While his timing may not have been fortuitous, he had two things going for him right from the...

They say timing is everything, and for South Dakota’s chief information officer, Jeff Clines, it couldn’t be more significant. He was appointed by his boss, Governor Kristi Noem, taking office as Commissioner of the South Dakota Bureau of Information and Telecommunications, on April 6, 2020, smack in the middle of the COVID-19 pandemic outbreak in the U.S.

While his timing may not have been fortuitous, he had two things going for him right from the start. First, like only a dozen or so of his state CIO colleagues across the country, he is a member of the governor’s cabinet, and second, he oversees a consolidated CIO governance model in South Dakota with complete IT policy, budget and operational authority.

As often remarked in this column, everything is a lot easier to do as a CIO when the position and the authority are properly aligned, with a seat at the cabinet executive table and consolidated IT operational control.

Like so many of his state CIO peers, Cline’s road to his job in Pierre was an interesting one. From his youth he recalled his father’s role introducing him to technology. “He was the type where he brought computers home from work and let us play with them and take them apart and really understand how they work. And that developed a passion for understanding how technology works, and then how to get it to do certain things,” he said. That along with a passion for helping others inspired his professional path. “So I started my career really in technology in the nonprofit world. I worked for the American Heart Association for about 15 years in various roles, and I really enjoyed the opportunity to make a difference in that world.” Much of that experience coincidentally was in a remote, virtual environment.

Moving to Illinois, he had the opportunity to make the transition to public service as the CIO for the Illinois Secretary of State in 2018. Then two years later he got the call regarding the South Dakota job, winding up as CIO in 2020.

I had to ask him about the timing, if it gave him some pause to take the job one month in to a hundred year pandemic, as it must have been part of the calculation in making his decision to accept the appointment. “I think in technology, we face challenges all the time. But I saw it as an opportunity to leverage some of my skill set and experience working in a virtual environment as well. Trying to help lead the technology organization in the different culture that working from home can be,” Clines said.

While South Dakota is the fifth smallest state by population at just shy of 900,000, it’s still remarkable that COVID-19 related deaths stand at only 53, while the unemployment rate of 7.2%, according to the South Dakota Department of Labor and Regulation, is significantly below the national unemployment rate for June of 11.1%.

“I think the big issue for the way South Dakota is handling COVID-19 goes to the people of South Dakota. I really appreciate Governor Noem’s approach where she has been very proactive and saying, ‘This is our responsibility. We all have responsibilities to do the right thing.’ She did not dictate a lot of directions to people, but encourage personal responsibility. And I think the culture here has been where people just stepped up to that, and recognized their responsibility,” Clines said.

were forced into this work from home environment. “But we stepped up, and we had a lot of the underlying technology already in place. So it was a matter of just trying to get a few tweaks here and there to get people set up and working effectively from home,” according to Clines.

Cline’s emphasis on South Dakota’s culture being a positive driver in the state’s effectiveness during this pandemic was an interesting viewpoint on something that is normally not so positive. In fact, cultural environments are often the bête noire of leadership across so many sectors, particularly in the public sector, as summarized so succinctly by Peter Drucker’s, “Culture eats Strategy for Breakfast.” The reason for government’s notorious reputation for resistance to change and reform can be often laid at the feet of this cultural barrier.

Cline described his reasoning on this issue, and not surprisingly, it starts at the top. “This was one of the reasons I really like this job. The governor has been out there and one of her priorities is cybersecurity; building the skill set out but also positioning the state of South Dakota to be a national leader.” He admitted that in many areas in the cybersecurity world, you don’t really see that a lot. For many elected officials technology can be more of a burden than a driver. “So I really like working with Governor Noem, she’s definitely passionate about leveraging technology to improve the services for the citizens of the state of South Dakota,” he said. 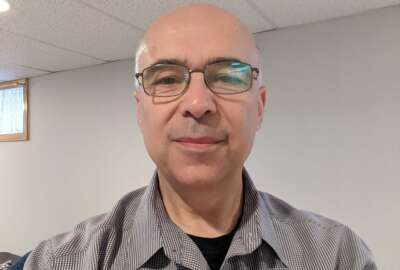 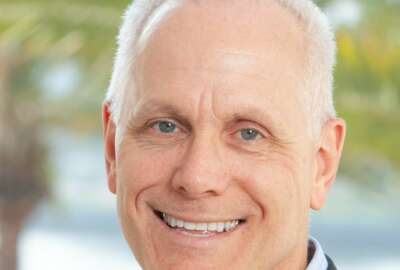 CIO journey from the ivory halls of academia to Montana CIO