CORRECTION: HHS  is part of a pilot with the U.S. Digital Service to improve the federal hiring process, but not through the use of direct hire authority.

The Department of Health and Human Services is testing out an effort to improve the federal hiring process, kicking the effort off  with a job notice on USAJobs.gov on April 5. The notice said HHS and USDS would accept the first 100 applicants over a two-day period to hire four...

CORRECTION: HHS  is part of a pilot with the U.S. Digital Service to improve the federal hiring process, but not through the use of direct hire authority.

The Department of Health and Human Services is testing out an effort to improve the federal hiring process, kicking the effort off  with a job notice on USAJobs.gov on April 5. The notice said HHS and USDS would accept the first 100 applicants over a two-day period to hire four people with skillsets around: IT specialist, IT customer support, IT data management and IT policy and planning.

The idea and plan has been in the works for the better part of the last six months.

“We are trying to take some of what we’ve learned about attracting some 300-to-400 really highly talented people to come work for the government, using impactful mission, the way we vet people in the interview process, code reviews, design portfolio reviews and that kind of thing,” said Eddie Hartwig, the deputy administrator of the USDS, in an interview on Ask the CIO. “The idea would be to work around an 80-90 day hiring pipeline so that lets us run a hiring project and learn from it to test out some of these theories.”

Hartwig said USDS is working closely with OPM on how they can improve the federal hiring process. He said USDS would like to conduct two or three pilots over the course of 2019.

“The goal is to get the career hiring up and running. We are on the tour of duty hiring model, but that is not sustainable for the lifetime of the government. We need great career people taking those jobs,” he said. “But we are open to working with partners in other specialty fields. The idea would be subject matter experts involved in the hiring process and vetting process so that we can deliver better results when we get to the point of hiring so you don’t get 2,000 people who are qualified for the job, but a nicely vetted list of people who are qualified and then with the preferences allowed in government are applied.”

The HHS effort coincided with the release of the final rule giving agencies direct hire authority for 2210 positions. The two efforts, however, are unrelated.

“USDS applauds OPM on granting direct hire authority across all IT Specialist (2210) positions. The hiring pilots currently taking place between OPM, USDS, and a few federal agencies do not, however, relate to direct hire authority. We are piloting a way to improve the quality of certificates presented to hiring managers within the competitive process,” Stephanie Grosser, USDS hiring pilot team lead, in a statement to Federal News Network.

No matter the approach, Hartwig said the long term goal is bring in enough talent that their services are no longer needed.

Trainer the trainer for digital services

Another way USDS is doing that is through the Digital IT Acquisition Professional Program (DITAP), which is almost a year into full production mode of training contracting officers to become better buyers of modern technology.

Hartwig said the DITAP program is moving toward relying on a train-the-trainer model, especially if agencies are going to meet the deadline set by the Office of Federal Procurement Policy.

“The goal is to reach this policy of by 2022 that all contracts over $7 million in the IT space should have a trained DITAP contracting officer on their team. That’s a big lift and we have a lot of work to do,” he said. “By the end of the year, we should have 250 people trained and hopefully we can double that number next year.”

“We are in the walk stage. The crawl stage was getting the program up and running, running it a few times and learning from it,” he said. “We are confident now because we are working with private sector partners to get their perspective and working with them closely to bring the program to speed. That is the big milestone, is we are able to bring in others to help us do this. The run stage would be that we have enough contracting officers to meet this 2022 deadline. We aren’t there yet, but we are getting better and growing. This might be one of the most impactful things the USDS does over time.”

Hartwig said the goal of the DITAP program is not to educate contracting officers like software development engineers, but just give them enough of a background that they can talk and understand the lingo around modern technology development practices.

“We found that we have great companies out there with private sector contracts doing great iterative development and user driven work. Those same companies are working with the government and the government is requiring them to use an antiquated development method from 20 years ago,” he said. “That’s because that’s what they knew in many cases and were taught. So bringing those skills forward to enable the private sector and government to do their best work and bring that value in-house. We are teaching the value of product management. We’re teaching the value of user-centered design. We’re teaching the value of iteration and open source, and then how to manage multiple contractors. That is a skill of weaving that tapestry of different work together and making sure that not just every individual piece of a product works but they work in concert to solve a problem.”

Hartwig said the “train-the-trainer” approach is the only way achieve the scale agencies need.

“Each trainer is force multiplier. My team can’t train 192 people this year, but three teams can, and what can we do with six teams or nine teams?” he said. 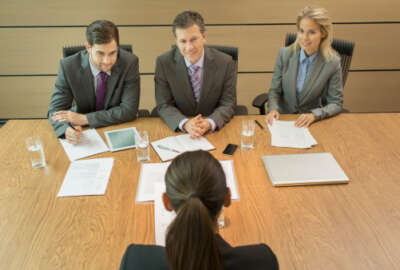 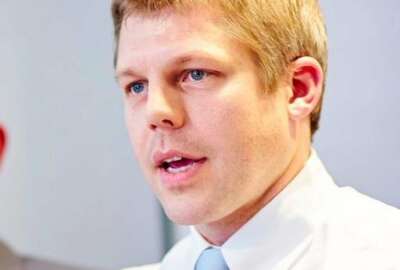 US Digital Service evolves from firefighters to Smokey Bear 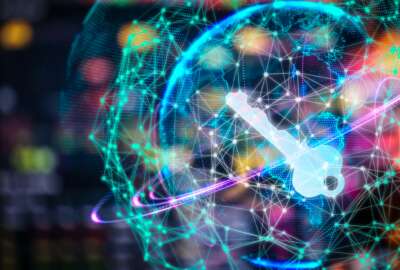