When it comes to the two decade-old focus on reducing improper payments, there is good news and there is bad news.

The good news is the Office of Management and Budget says the governmentwide rate for fiscal 2022 dropped to 5.1% from 7.2% the previous year.

The bad news is there still is a long way to go. Since 2003 when the government began tracking and reporting improper payments, agencies estimate more than $2.2 trillion...

When it comes to the two decade-old focus on reducing improper payments, there is good news and there is bad news.

The good news is the Office of Management and Budget says the governmentwide rate for fiscal 2022 dropped to 5.1% from 7.2% the previous year.

The bad news is there still is a long way to go. Since 2003 when the government began tracking and reporting improper payments, agencies estimate more than $2.2 trillion has gone out the door improperly. That amounts to about $7,000 per citizen over the last 20 years.

A significant factor in the increasing amount of improper payments is the struggle to verify and authenticate the recipient’s identity.

But a new payment integrity report and tool from the Joint Financial Management Improvement Program (JFMIP) that is trying to help agencies get at the root cause of improper payments.

“I think one of the key things the report found and what’s expressed in in the tool are really considerations for program managers to help manage risk. There really are six considerations,” said Tim Persons, the chief scientist and a managing director of the science, technology assessment and analytics team at GAO, on Ask the CIO.  “It really starts with having to the ability to identify a risk, and risk is not the same everywhere so it has to be contextualized. It has to be put in the face of the mission of the given or the intent of the design of the program. Really risk is just the probability of something occurring times the consequence. So obviously, we’re feeling the consequences in payments that are improper, again, trillions of dollars over decades. But we need to figure out how we both again, have our cake and eat it too by delivering the services while minimizing improper payments.”

Persons said the other considerations include the use data analytics, technology and tools that all can be more transaction based. The last two steps are applying design and implementation on the control strategy on the front end of any process.

“It really is important in this new world of data analytics to share the data and to respond to risks, how quickly are able to do that to mitigate to update and improve our processes,” he said. “We won’t be perfect in implementing something the first time, but having a learning and agile environment to update things is going to be important for the CFO community and across the government.”

Through JFMIP, GAO teamed with the Department of Treasury, OMB and the Office of Personnel Management starting in 2020 to develop the report and tool.

What JFMIP found was identity verification and validation was a key factor in how agencies could limit improper payments.

The corresponding tool, called the Identity (ID) Verification Controls Simulator, takes the concepts outlined in the report and lets agencies test them out using sample, but fake data.

“When you look at identity verification, there are really two types of controls,” said Beryl Davis, the managing director of the financial management and assurance team at the Government Accountability Office. “One are front-end controls before the money goes out the door. Then there’s back-end controls where you’re doing recovery audits. Having a front-end control to prevent pay and chase is really most beneficial. That’s one of the benefits of using this tactic to identify identity verification issues, misrepresentation to prevent improper payments.”

Davis said JFMIP also recognized that strong authentication that may prevent improper payments may also make it harder for citizens who need the services to get them.

This is why the risk determination is so important for each program.

“The federated model allows you to adapt, but also allows the applicants to choose from these qualified providers,” Persons said. “The other thing that we heard was establishing a central management entity to oversee and coordinate it as a coordination function. We, at GAO, write a lot about coordination. We know it’s easy to say but harder to do. But I think this is the way that gives flexibility to the programs as well as to the recipients to be able to do that.”

Another key ingredient in reducing improper payments is, of course, data sharing. The working group recognized the governmentwide and intragovernmental challenges associated with that.

Davis said the panel developed some suggestions that they believe should be promoted or discussed on a broader scale.

“The laws sometimes prevent the sharing of data and that is a concern. The laws are written for a specified purpose, but when we look now at that the importance and the value of data sharing, we’re starting to question whether some of those laws can be changed,” she said. “GAO has gone on record in particular about the information that the Social Security Administration has developed or created or obtained, and the value of sharing that with a Do Not Pay initiative. Sometimes the laws prevent that from happening.”

Persons added the amount of data agencies continue to collect is overwhelming, especially over the last two years.

“I think we’ve had some challenges, of course, of improper payments with the stimulus spending through the pandemic. But also, I think we’ve been we are learning a lot and collecting a lot of data,” Persons said. “I’m optimistic that taking a data analysis approach, we can build that risk managed future for these programs to reduce the payments, not do the pay and chase, but to get the benefits to the people who need to get the services and so on in a timely manner. But also while reducing fraud and waste.”

While the simulator tool and white paper are best practices and considerations than true guidance, Davis and Persons emphasized agencies can improve their management of payments through these best practices immediately.

Davis said program offices could use the white paper and tool to reassess their current processes or procedures, and even develop new ones.

“There’s efforts at the program level to reduce improper payments and that’s extremely important. There’s also a need related to sharing data,” she said. “Looking at things through the governmentwide lens, and in particular, maybe looking at a federated model for infrastructure related to identity verification, the value in my mind of cross agency collaboration to try to solve some of our bigger problems in government.” 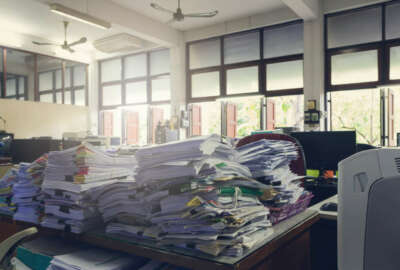 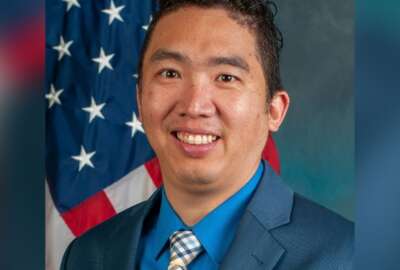 GAO looking for balance and best practices of identity verification