Participants in the Federal Employees Health Benefits Program (FEHBP) will see more modest increases in their insurance costs for 2022 — at least compared to the last two years.

Federal employees and retirees, on average, will pay about 3.8% more toward their health premiums next year, according to the Office of Personnel Management.

OPM on Wednesday announced the annual premium rates for 2022 ahead of this year’s upcoming open season, which runs from Nov. 8...

Participants in the Federal Employees Health Benefits Program (FEHBP) will see more modest increases in their insurance costs for 2022 — at least compared to the last two years.

Federal employees and retirees, on average, will pay about 3.8% more toward their health premiums next year, according to the Office of Personnel Management.

OPM on Wednesday announced the annual premium rates for 2022 ahead of this year’s upcoming open season, which runs from Nov. 8 through Dec. 13. Participants in the FEHBP have an opportunity during that time to make changes to their health, dental and vision plans ahead of the upcoming benefit year, which begins Jan. 1.

Participants can find more details on their specific plans and the 2022 rates here. OPM said it will continue to update its suite of FEHBP tools, which include the plan comparison tool, between now and the start of open season on Nov. 8.

“Quality health insurance has never been more important, and OPM is ensuring all eligible enrollees have the information they need to make informed decisions about their coverage,” Kiran Ahuja, the agency’s director, said Wednesday in a statement. “The global pandemic underscores the responsibility an employer has to provide their workforce with quality, affordable and dependable health care options.”

Once again, OPM said multiple factors impact the annual premium rates. The use of specialty drugs and the costs of responding to chronic illnesses, as well as advances in medical technology, drive up  health care costs.

The pandemic continues to have an impact. OPM bases 2022 premium rates on health care usage from the prior year, and because participants continued to defer doctors visits, elective surgeries and other procedures this year, overall usage of the health care market remains low compared to non-pandemic years.

Testing and treating COVID-19 patients cost the FEHBP $1 billion and represented 2% of the program’s claims in 2020, OPM said. The agency estimates these costs will eventually decline as more participants get vaccinated.

Overall, FEHBP premiums will go up an average of 2.4% next year, according to OPM. The government will contribute 1.9% more toward participants’ health premiums in 2022.

Specifically, non-postal FEHBP participants will pay an average of:

Assuming non-postal federal employees receive a 2.7% pay raise as planned, OPM estimated the average worker will earn a biweekly salary of $3,599 next year. Health insurance, on average, will cost employees $171.74 for each pay period, or roughly 4.8% of their salaries, OPM said.

That’s slightly more than this year, where biweekly salaries averaged $3,504 for each pay period and employees paid $165.52 toward health insurance, or 4.7% of their salaries, OPM said.

Again, these are averages; individual health insurance plans will vary, meaning participants may pay more than the average premium increase, or they may pay less depending on the options they choose.

A formula set under law determines the shares the government and the enrollee pay toward FEHBP premiums each year. Government pays about 75% of a participant’s premium up to a certain cap. The cap equals 72% of the weighted average of the previous year’s premiums.

FEHBP premiums fluctuate annually, though they inevitably increase every year. Next year’s premium rate increases are less than what employees and retirees experienced in 2021, when they paid an average of 4.9% more for their health insurance.

The 2022 increases are also well below what federal employees saw in 2020, when they paid an average of 5.6% more for their health plans.

But the 2022 premium increases aren’t nearly as low as they were back in 2019, when participants paid 1.5% more toward their health insurance. It was the smallest overall rate increase since 1996 and the lowest premium hike for participants since 1995.

Still, OPM maintained the 2022 premium increases fall below projected health insurance costs from other large public and private sector employers. CalPERS, which purchases health insurance for California state government employees, has premiums that will rise an average of 4.8% in 2022.

CalPERS is the nation’s second largest public insurance purchaser after the federal government.

“Clearly the administration did a better job holding down the employees’ share of premium costs in the FEHB program for 2022, and we commend that progress,” Tony Reardon, national president of the National Treasury Employees Union, said in statement. “But we will encourage our members to prepare for price increases and use the upcoming open enrollment season to evaluate all of their options to decide which plan is best for themselves and their families.”

The National Active and Retired Federal Employees Association acknowledged its members will continue to feel the pinch of ever-rising health care costs but called next year’s rates “modest” in comparison to increases in other systems.

“In a time of ever-increasing health care costs, I commend OPM for its hard work in keeping the FEHB average premium increase below that of the private market,” NARFE National President Ken Thomas said.

Federal employees and retirees can also choose from 37 high deductible health plans, including two that are open nationwide, and 28 consumer driven health plans.

Federal retirees can choose from 29 FEHBP plans that will offer some type of reimbursement in 2022, up from last year’s total of 25.

Participants should use OPM’s FEHBP plan comparison tool to review which choices offer a Medicare part B incentive.

Average premium rate increases under the Federal Employees Dental and Vision Plan are relatively minimal for 2022.

Premiums will rise for FEDVIP dental plans by 0.81% on average, while vision plans will go up by 0.95%, according to OPM.

Participants will have access to 23 dental plans, including 14 nationwide options, from a total of 12 carriers.

They can choose from 10 nationwide vision plans from five carriers in 2022, OPM said.

Participants can find more information about these FEDVIP plans in October or November ahead of open season on Benefeds.com.

In addition, federal employees must reenroll each year in the Federal Flexible Spending Account Program (FSAFEDS) if they want to set aside pre-tax dollars for their health or dependent care costs.

Special COVID-19 flexibilities allow employees who had a health or dependent care FSA this year can carry over all unused funds at the end of 2021 to use for the following year — if the participant reenrolls.

Carryover flexibilities will be more limited for 2023, which federal employees should consider when deciding how much to contribute in 2022, OPM warned. 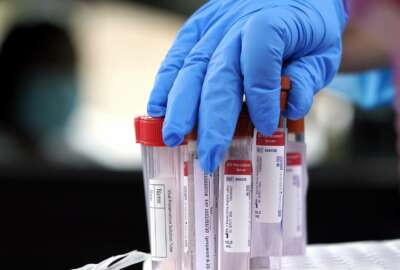