“America’s data agency” is making big moves to live up to its name.

That effort starts with creating a data-driven workforce.

“America’s data agency” is making big moves to live up to its name.

That effort starts with creating a data-driven workforce.

Andrews has been thrilled with the reception; roughly 3,500 Commerce employees have signed up for training so far. The department wants all 47,000 of its employees to take the training courses within the next two years, depending on the availability of funding.

“We learned that staff across the Department of Commerce was not just hungry, but they were excited to learn about the tools of the digital economy,” Andrews said.

Educating its current workforce is particularly significant, as Commerce and other federal agencies are having a tough time recruiting and retaining new qualified professionals.

The department’s goal is to make that data more accessible to the public, he added.

The Open Data portal, which the U.S. Patent and Trademark Office officially launched May 2, is one example. The site lets users pull national information on patents and trademarks and combine and compare it with data from other sources.

“Let’s say we have a data scientist working in the financial sector,” Andrews said. “He or she could match filing rates to geographical data in order to help investors to identify regional trends.”

The information itself is displayed using interactive visuals, maps and graphs. The portal also has a space where anyone who uses PTO data to create a visual or graph can post it online to the public.

Looking at the data this way helps PTO better visualize where its patents are going and how the agency can best position its resources in the future, said Tom Beach, senior adviser and portfolio manager of digital services and data analytics for PTO.

For example, the agency recently learned that 30 percent of filers who submit for a patent without an attorney don’t get through the beginning stages of the application process.

“That doesn’t even make it to the examiner,” Beach said. “We’re losing that population. Improving customer experience both on the trademark side and on the patent side is critical to our agency.”

Ultimately, Beach wants to be able to pull customers’ questions and posts from Twitter, Reddit and other online forums and respond to their questions and complaints in real time. He described that kind of solution as his “north star.”

“When folks come and file, they can immediately shout to the world, ‘I have a problem’ and immediately get an answer,” he said. “One of the feeds that we’re getting on the developer hub on the community section is an overwhelming amount of people going, ‘I can’t get this, I can’t do that.’ We’re not at a point yet to really understand when are we giving legal advice and when are giving just help. That’s one of the things we’re going to have to figure out.”

PTO noticed that the bounce rate from the agency’s website to its call centers was high, Beach said.

“The reality is we need to get to a world where someone should be able to just express their problem and we address it,” he said. “What that looks like, I don’t know.”

When big data gets too big, agencies seek creative approaches

Roots of IT reform starting to take hold 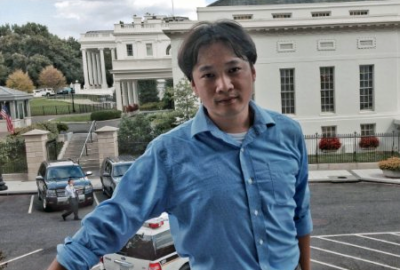