Less than six months into the Federal Data Strategy’s one-year action plan, the chief data officers tasked with getting the best real-time information in front of agency leaders have found the ultimate stress test in the coronavirus pandemic.

In the race to get a big-picture view of the pandemic’s impact on public health and the economy, the team behind the Federal Data Strategy continues to check off objectives in its 20-point timeline to build a robust data infrastructure in government before the end of the year.

Agencies since March 31 have published more than 95,000 datasets to agency dashboards, while the Census Bureau has partnered with the University of Michigan to launch a portal that gives researchers access to restricted data from the federal statistical agencies.

Trey Bradley, the program manager for strategic data initiatives at the General Services Administration and member of the Federal Data Strategy team, said the one-year action plan envisioned building data fundamentals into agencies, but added that many have already shown proficiency.

“In fact, all agencies out there have pockets of excellence, where they’re doing these things well already,” Bradley said during a webinar Tuesday hosted by REI Systems and Johns Hopkins University’s Center for Advanced Governmental Studies.

The survey includes questions and feedback from the Department of Housing and Development, which will use that data to allocate more than $3 billion in CARES Act spending as grants to building medical facilities and house the homeless.

Todd Richardson, the general deputy assistant secretary of HUD’s Office of Policy Development and Research, said these “fast turnaround surveys” will help the agency better understand, for example, how many people who applied for unemployment benefits have received them.

However, this new stream of data from the Census Bureau will also supplement other sources that HUD has relied on for years to make data-driven decisions.

“There’s a lot of great data out there, [we’re] very excited about the new technologies that allow us to get this data fast so we can start moving quickly with implementation,” Richardson said.

For decades, HUD has received data from the Postal Service on vacant housing, and has zoomed out on that data to track vacancy trends across neighborhoods.

More recently, however, the agency has relied on data from the National Multifamily Housing Council, which tracks how many households have paid their monthly rent, and the financial data analytics firm Black Knight, which found that 7% of all mortgage-holders in the U.S. have taken advantage of a provision in the CARES Act to pause or reduce payments for a limited period of time.

HUD gets much of its data from state and local governments, which in turn benefit from the analysis that the agency produces.

Richardson said his office also shares data with the HUD’s inspector general and the Government Accountability Office, both of which give the data context — not just for the short-term, but also years after the fact.

“They write down what is happening. They’ll do case studies, they’ll present information on specific situations, they’ll write it down and that’s publicly available for time immemorial,” he said. “Sometimes you’ve got to go back and say, ‘Hey, do you remember that program?’ and maybe we didn’t evaluate it [but] GAO did look at it. We can go back and look and say ‘OK, well what did they do then?’”

While agency chief data officers and their colleagues continue to build a framework to help agencies respond to the coronavirus pandemic, much of this work stems from the Foundations for Evidence-Based Policymaking Act, which President Donald Trump signed into law last year.

While the legislation didn’t foresee the pandemic, John Righter, the Senate HELP Committee’s deputy staff director, said the legislation has given agencies the tools they will need to study the impact of nearly $3 trillion in pandemic spending.

“In a lot of ways, it was meant to deal with exactly this type of moment, and to have agencies be ready to have the leadership in place to really emphasize that collaboration, have the capacity and really emphasize smart, data-driven, evidence-based decision-making,” Righter said. 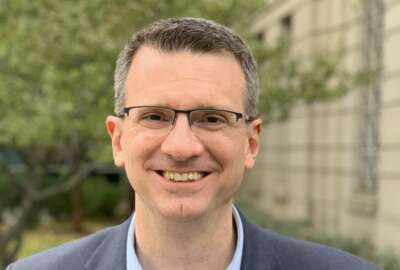 Using data in the fight against coronavirus 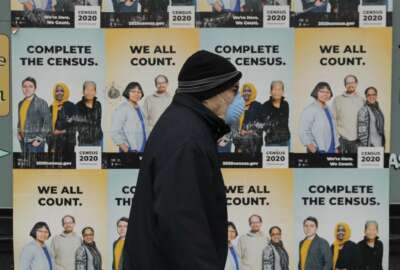 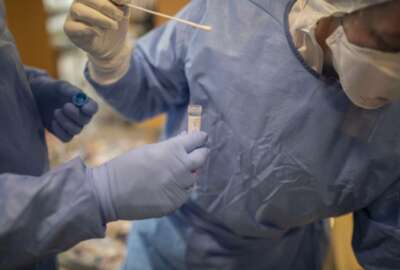