Most chief data officers are new to their jobs, but they’re usually not new to their agencies. That gives them a leg up meeting agency goals under the Federal Data Strategy and the Evidence Act.

But an annual survey of CDOs finds common hurdles, like workforce challenges, change management and funding make it harder to get work done.

Most chief data officers are new to their jobs, but they’re usually not new to their agencies. That gives them a leg up meeting agency goals under the Federal Data Strategy and the Evidence Act.

But an annual survey of CDOs finds common hurdles, like workforce challenges, change management and funding make it harder to get work done.

CDOs made the most headway putting together a diverse data governance body, but they also made progress completing data inventories, assessing the maturity of their data infrastructure and identifying data agency executives need to answer mission-critical questions.

Another 75% of CDOs who took the survey described their role and the scope of their work as very or completely clear, a more than 20% improvement compared to the first annual survey, when most CDOs were just getting started.

CDOs who took the survey said they spend the most time with agency customers, as well as the agency’s chief financial officer and chief information officer.

Tracy Jones, a manager at Grant Thornton Public Sector, and one of the report’s authors, said that CDOs, surprisingly, don’t spend much time working with agency evaluation and performance officers.

“It’s not necessarily that that’s a bad thing at all, but it is worth noting, because in some instances, the CDO may actually be the evaluation officer,” Jones said. “It is interesting that there’s less communication going on in this area, and so it’s an area we need to look at — would that have more value if there was more communication? And what barriers are there in establishing more communication?”

The report recommends the Office of Management and Budget issue further guidance to clarify responsibilities and expectations for CDOs.

CDOs who took the survey specifically request clearer guidance on actions mandated in the Federal Data Strategy, even though the timelines have already passed for some key goals.

The report also recommends Congress give appropriate funding directly to agency CDOs and increase flexibilities for their offices to receive agency funding. Half of CDO survey respondents said they “somewhat” have the resources they need to meet their goals, while only 35% said they had “a lot” or completely enough resources.

The report also recommends Congress remove a statutory sunset for the CDO Council, which is scheduled to disband in 2025.

The CDO Council, meanwhile, is also tracking the progress its members are making. Transportation Department CDO Dan Morgan, the council’s vice chairman, said the council held its own survey earlier this year, and found similar trends.

“We really wanted to begin studying how our own role was evolving, how our agencies were responding to the role of chief data officer, and where we needed to support our own members to help them be successful,” Morgan said.

The CDO Council held its first meeting in January 2020, just before the start of the COVID-19 pandemic. But despite the pandemic, CDOs are making good progress.

Many CDOs are new to this role, but they’re not new to their agencies. The Data Foundation and Grant Thornton survey found the vast majority of CDOs at 24 large CFO Act agencies said the job was their primary responsibility.

More than 60% of CDOs at small and independent agencies, however, said the CDO role wasn’t their primary responsibility.

“They have been serving in their organizations in other kinds of roles and maybe have assumed this new role, or they’ve been given this role as an additional responsibility,” Morgan said.

There’s also the question of who a CDO reports to. The Evidence Act left that reporting structure up to agencies. And Morgan said there’s no one-size-fits-all answer.

CDOs are moving the needle on some important goals. Many are putting together agency data strategies, and putting data goals and objectives into their agency’s strategic plans.

But CDOs are also running up against a few walls. Morgan said many have limited staff or need to raise the data literacy of the agency’s workforce.

More than half of respondents to the Data Foundation and Grant Thornton survey said their office has 10 or fewer full-time staff. Another 50% said they hire contractors to carry out their mission. CDOs hired contracted staff mostly for data product design, data operations and data visualizations.

“Even if we’re just a one-person shop, we are recognizing the need to partner across the agency and really lift up the data skills of all of our data users,” Morgan said.

CDOs, however, are making some headway in bringing new data talent into their agencies.

The CDO Council partnered with the U.S. Digital Service and the Office of Personnel Management earlier this year on a government-wide data scientist hiring initiative. More than 500 people applied in less than 48 hours.

That got narrowed down to 100 qualified data scientists for agencies to hire at the GS-13 and -14 levels.

“This is not a function that was put into a budget cycle quite yet. It’s just starting to get in the budget cycles, and so being able to prioritize or leverage resources across the agency is a skill that CDOs are honing every day,” Morgan said.

Aside from meeting the goals of the Federal Data Strategy and the Evidence Act, Morgan said CDOs have to also help their agencies overcome culture change to succeed at their jobs.

“CDOs are not just technical experts in data. They are leading change inside their agency, building an appetite for data governance while they’re also trying to focus on unlocking the value of data to support their mission,” he said.

As far as the next steps go, Morgan said it helps when CDOs have buy-in from the leadership, and that data figures prominently into the Biden administration’s top priorities.

“Whether it’s equity or climate change, defeating COVID-19 or driving economic justice, data is at the center of what we’re going to need to understand the issues, and is essential to tracking our progress,” Morgan said.

Who is a CDO’s boss? Survey finds mixed role in agency hierarchy 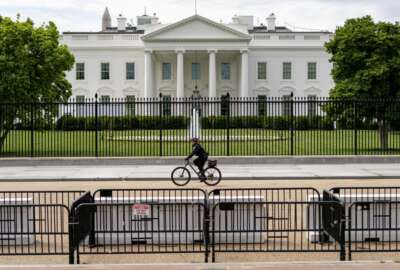 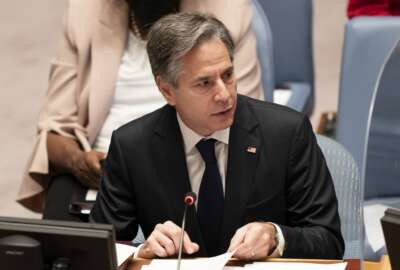