This story is part of Federal News Radio’s special report, The Need for the Next Generation.

The Veterans Affairs Acquisition Academy, located in Frederick, Md., has a three-year internship program that Chancellor Lisa Doyle says is unlike anything else in government right now.

This story is part of Federal News Radio’s special report, The Need for the Next Generation.

The Veterans Affairs Acquisition Academy, located in Frederick, Md., has a three-year internship program that Chancellor Lisa Doyle says is unlike anything else in government right now.

The program embraces an experiential learning model. After every technical class, interns go into learning laboratories to use those skills on real VA work.

In this environment, “It’s OK to fail because failure means learning,” Doyle said. Interns then go on job rotations to gain real-world experience, she said.

But, Doyle said, technical skills are not enough. To be a well-rounded adviser, interns must develop their team-building and interpersonal skills as well. Part of this training is to take the Myers-Brigg personality type assessment in order to “understand who they are as individuals and how they interact in a team so they can understand others and interact better with them,” Doyle said.

The internship program inaugurated its first class of 30 interns in 2008 and has since accepted an additional 30 every year. Interns have come from 22 states to enroll in the three-year program.

A key tenet of the program is to connect interns to the VA mission. The hallways of the VA Acquisition Academy are lined with Veterans Day posters dating back to 1978. On the front wall is a quote by Abraham Lincoln: “To care for him who shall have borne the battle, and for his widow, and his orphan.”

Interns take field trips to VA medical centers, where they see how their contracts translate into the real world. Interns can talk to staff as well as to veterans.

The program, which utilized the now-dismantled Federal Career Internship Program hiring authority, will be following guidance from the Office of Personnel Management to implement the Pathways Program, said a VA spokesperson by email.

The Academy “will also explore use of the direct hiring authority of veterans to maintain our trends in hiring a significant number of veterans,” the spokesperson wrote.

It’s too soon now to know if the investment in the first 90 interns will pay off. What could happen, as this Partnership for Public Service study indicates, is that as many as 70 percent of them could leave within five years of being hired, taking with them their skills paid for by the government. 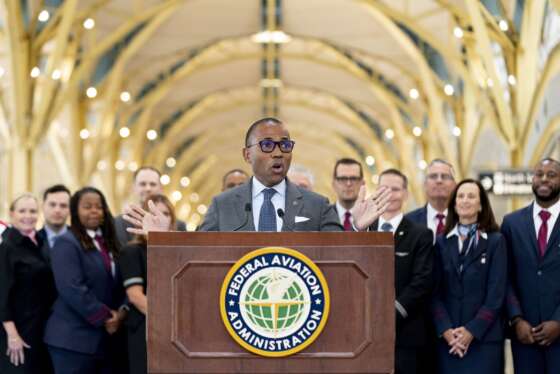