Number crunchers and fiscal watchdogs will have to wait until May for a complete look at President Donald Trump’s first federal budget, but the administration offered a few details ahead of his inaugural State of the Union address.

Number crunchers and fiscal watchdogs will have to wait until May for a complete look at President Donald Trump’s first federal budget, but the administration offered a few details ahead of his inaugural State of the Union address.

Speaking to reporters during the White House’s daily press briefing Feb. 27, Mulvaney doubled down on the numbers as only topline figures, which don’t include mandatory spending, entitlement reforms, tax policies, revenue projections, or infrastructure plans.

“This is not a full-blown budget, that will not come until May,” Mulvaney said. “This blueprint was never going to be that, it is a topline number only.”

Mulvaney said agencies are getting their topline numbers today and will have the next week or so to review recommendations from OMB on how it thinks each agency can hit their number.

This “pass back” process should take until mid-March, which puts the administration on a schedule to get out the full budget by early May.

The continuing resolution that lawmakers passed last year expires Apr. 28. Congress must still agree on a funding solution for the remainder of fiscal 2017, and according to the congressional schedule, most lawmakers are on recess for two weeks in April.

Mulvaney said the full budget will contain the “entire spectrum of the president’s proposed policy changes.”

“We are taking his words and turning them into policies and dollars,” Mulvaney said.

Trump has indicated his desire to repeal and replace the Affordable Care Act and implement a major overhaul to the tax code.

The Associated Press reported the $54 billion boost in military spending will go toward new ships, aircraft and fighters.

The President has said he wants to boost military spending and raise defense spending caps, but Democrats have said they won’t support that increase without a bump to domestic spending caps.

The Overseas Contingency Operations (OCO) fund could once again be an option for the administration. But Mulvaney has called the OCO account a “slush fund” in the past and was one of four co-sponsors of an amendment to the 2017 Defense authorization bill that would have reined in its use for non-wartime spending.

A former member of the House Freedom Caucus, Mulvaney has expressed his opposition against raising the defense spending caps.

The cuts from non-defense discretionary spending would likely be felt by departments like the Environmental Protection Agency, and foreign aid, AP reported.

“We’re going to start spending on infrastructure big. It’s not like we have a choice — our highways, our bridges are unsafe, our tunnels,” the president told a group of governors at the White House on Monday, AP reported. He added, “We’re going to do more with less and make the government lean and accountable to the people.”

Veterans programs are safe from cuts, along with some law enforcement programs and plans for a wall along the southern border.

Mulvaney said he expected a future supplemental for 2017 to help cover some of the plans for the southern border wall, and the 2018 budget will contain “longer term dollars” for the border.

Rep. Mac Thornberry (R-Texas) and chairman of the House Armed Services Committee, said the administration “can and should do more” when it comes to funding the military.

“The administration will have to make clear which problems facing our military they are choosing not to fix,” Thornberry said in a statement. “We cannot make repairing and rebuilding our military conditional on fixing our budget problems or on cutting other spending.”

Sen. David Perdue (R-Ga.) and a member of the budget committee, said he was optimistic more could be done and “bold actions” would need to be taken  to get out of the red.

“Setting clear spending priorities is a good first step, but let’s be realistic, there is a lot we have to do to fix our country’s fiscal problems,” Perdue said in a statement. “We can’t simply cut spending to solve the debt crisis.”

Mulvaney said the plan wouldn’t add to the deficit, which is projected to hit a half trillion dollars next year, but it wouldn’t help to cut it down, either, the AP reported.

Fellow Democrat Sen. Tom Carper of Delaware, said the blueprint shows the president “is not serious about keeping American safe or being fiscally responsible.”

While defense spending is important, Carper said in a statement, “getting better results in government for less money requires thoughtful decision-making, not irresponsible, short-sighted cuts that will do far more harm than good.”

The Committee for a Responsible Federal Budget issued a statement urging the administration to “stop digging the hole deeper” when it comes to formulating a budget.

“Any plan should open the door to a budget that puts the debt on a path to sustainable levels,” said committee co-chairmen Mitch Daniels, Leon Panetta, and Tim Penny, in their statement. “This will require tough choices, but it will be well worth the effort as it avoids the pitfalls of excessive debt and will instead contribute to a more vibrant and growing economy.”

The Associated Press contributed to this story. 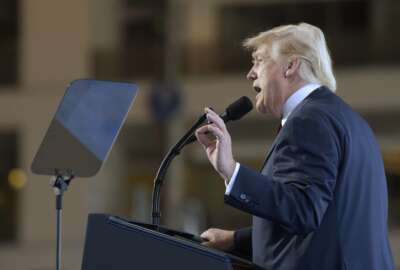 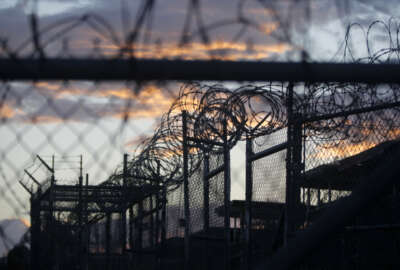