The Trump administration has made it clear to lawmakers that it expects a fiscal 2019 spending bill on time this year.

Senate Majority Leader Mitch McConnell made those priorities clear when he canceled most of the chamber’s August recess.

But the pieces are coming together. Senate Appropriations Committee approved all 12 of its spending bills by the end of June, while its House counterpart still has one more bill to pass.

The Trump administration has made it clear to lawmakers that it expects a fiscal 2019 spending bill on time this year.

Senate Majority Leader Mitch McConnell made those priorities clear when he canceled most of the chamber’s August recess.

But the pieces are coming together. Senate Appropriations Committee approved all 12 of its spending bills by the end of June, while its House counterpart still has one more bill to pass.

Here’s a look at some of the budget items lawmakers will have to iron out before they reach a final spending bill:

More than a decade into the Department of Homeland Security’s ongoing effort to move all its components’ headquarters to the St Elizabeths campus, the project continues to face budget and scheduling challenges.

The Senate Appropriation Committee gave DHS and the General Services Administration less than half of the $460 million they requested for the next phase of the project: constructing a new headquarters for the Federal Emergency Management Agency.

In its report on the spending bill, the committee urged GSA and DHS to come up with a revised master plan for the St. E’s project, and expressed reluctance to provide full funding for the consolidated campus until lawmakers see a new construction roadmap.

At a House Homeland Security Committee hearing in April, GSA and DHS officials told lawmakers they had gone back to the drawing board to create a new St. E’s timetable that factors in budget shortfalls and delays in construction.

Under the current plan, GSA and DHS expected to receive full funding for the FEMA headquarters in fiscal 2017, but Congress fell short of that goal in its fiscal 2017 and 2018 spending bills.

The lack of full funding for FEMA has created a domino effect for other DHS components.

Immigration and Customs Enforcement should have received full funding for its headquarters in fiscal 2018, and Customs and Border Protection should’ve gotten its funding in fiscal 2019, but both of those projects have yet to move forward.

As St. E’s continues to face delays, the Government Accountability Office remains unsure of the project will move forward.

Between 2016 and 2020, 70 percent of DHS leases in the Washington, D.C. metro will expire. Without a headquarters to move into at the new consolidated campus, some components may find themselves forced to renew their current leases.

The Transportation Security Administration, has already decided to walk away from the St. E’s project. Instead, it will build a new headquarters in Springfield, Virginia, taking more than 3,000 jobs with it.

Funding for the new FEMA headquarters comprises only a fraction of the $230 million total budget DHS requested for the St E’s project in fiscal 2019.

The agency requested another $55.1 million for “continued operational support costs” for the new campus.

The House Appropriations Committee has not yet released its DHS spending bill for fiscal 2019.

According to its current lease, Transportation must decide by Oct. 18 whether to renew its lease for another 10 years, indicate it’ll plan to buy the property at fair market value, or negotiate a new agreement.

Transportation is the only cabinet-level agency with its headquarters based in a leased facility. Meanwhile, GSA says buying the agency headquarters will save the government nearly $50 million a year in rent.

But whether Transportation decides to buy or rent, the Bipartisan Policy Center says the agency can expect to pay more in the now-booming Navy Yard neighborhood, compared to when it first moved to the area in 2006.

The agency headquarters, a short walk from National Park, is located a neighborhood that’s currently the fifth-busiest for apartment construction in the country.

“In all likelihood, DOT’s rent for the building will substantially increase if it opts to renegotiate its lease next year, and if DOT opts to purchase the building, the fair market value will likely be much higher than it would have been back in 2006,” BPC policy analysts Andy Winkler, Jake Varn and Bryce Campanelli wrote last year.

After scrapping plans to bring the FBI under one roof in suburban Maryland or Virginia, the Trump administration didn’t request any funding for a new FBI headquarters building in fiscal 2019.

In turn, the Senate Appropriations Committee didn’t provide any funding for the project, but continued to express its doubts about the administration’s plan to build a new headquarters on the site of the J. Edgar Hoover building in downtown Washington, D.C.

“The committee continues to be reluctant to appropriate any additional funds for this project due to the unanswered questions regarding the new plan, including the revision of longstanding mission
and security requirements,” the committee wrote.

Lawmakers said they’re encouraging the FBI to reconsider plans to move to a consolidated headquarters building in one of three sites — Springfield, Virginia; Landover, Maryland; or Greenbelt, Maryland.

“This bipartisan bill makes it clear that the Congress does not accept the administration’s new position and that any new prospectus should include one of the earlier identified sites. We will not spend billions of dollars on this project until there is a clear plan that meets the needs of the FBI. If President Trump really wants a secure headquarters for our nation’s top law enforcement entity, we urge him to work with us on this effort.” 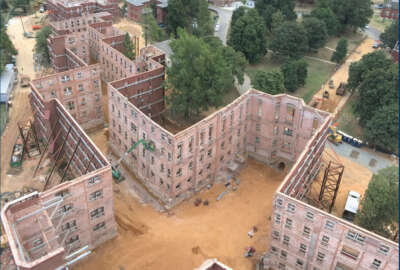 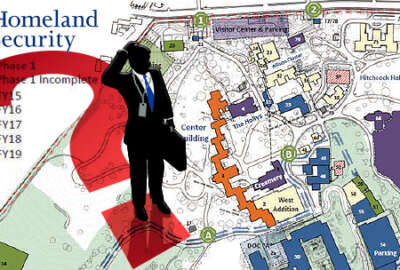