Filling the Federal Reserve Board

You’d think for the way Congress appropriates the United States has unlimited money, and those trillions and trillions in debt are just academic. But budgetary policy and monetary policy are two different things. And that’s where the Federal Reserve comes in. For why the appointment of a new fed governing board member is important, Federal Drive with...

You’d think for the way Congress appropriates the United States has unlimited money, and those trillions and trillions in debt are just academic. But budgetary policy and monetary policy are two different things. And that’s where the Federal Reserve comes in. For why the appointment of a new fed governing board member is important, Federal Drive with Tom Temin  spoke with David Beckworth, a former Treasury economist now with the Mercatus Center.

David Beckworth: So monetary policy is the part of government – is typically independent to preserve its ability to make decisions based on facts and data. But it’s a part of the government that helps determine interest rates, monetary conditions, the cost of financing. And it’s been given a mandate by Congress to both maintain stable business conditions, void booms and busts, but also to try to aim for full employment to keep the economy running at a level where people are working as much as possible without overheating. So it’s involved with that, versus the Treasury and fiscal policy, which is more about the budget taxes on that hand.

Tom Temin: Because when you look at those variables, that is the economy and interest rates and jobs and so forth, t’s like a balloon. And if you squeeze any two parts of it, a third one pops out. And the one that’s popping out seems to be the accumulating debt. Now that even the Federal Reserve is buying government debt as well as the Treasury. True, false?

David Beckworth: Yeah, they are definitely interrelated. So I said earlier, they’re independent, and they are to an extent. But it’s the case that without a doubt, they are interrelated when it comes to the fact that they do buy mostly US government debt. So when they inject reserves, they inject money into the economy. When they try to influence interest rates, they do it by buying up government debt, typically. Now they’ve been buying up other assets during this crisis and the last crisis in 2008. For example, they buy mortgage-backed securities, this time around, they’ve been buying some corporate bonds as a part of their emergency room efforts during COVID. But undoubtedly, what they do does have some bearing on the cost of finance for government.

Tom Temin: Sure, and when they buy this debt, aren’t they buying it with debt, essentially?

Tom Temin: So indirectly, then it sounds like fed activity then can really affect political activity in the sense of what consequences politicians might think there might be from the actions they take, say appropriating a trillion dollars to help with a pandemic, for example.

David Beckworth: Absolutely. Now, there’s a lot of moving parts here. And to be fair, there’s a huge appetite for US government debt, even if there were no fed. So the world is clamoring in our door to get debt. The fact that interest rates are so low, and our debt tells us that the world actually wants more government debt – it’s a safe place to put your money. But yeah, it is the case when the Federal Reserve buys up this debt, it has some bearing on what government can afford. How big it is, is open to debate. The Fed does try to do that explicitly. When it did QE 1, QE 2, these large-scale asset purchases previously, and even now, the goal was to lower the cost of long-term government debt, the financing costs. So the Fed is very explicit about that. So yeah, it does have a bearing on how much you can afford. The other thing I would mention, though, is that a lot of what the government did during this crisis was to kind of do off balance sheets, instead of the federal government incurring an even bigger amount of debt, they asked the Fed to creatively do some things. So sometimes the Fed will go and intervene in a way that doesn’t make the budget look bigger. But even as we mentioned earlier, it’s still effectively using up fiscal space because it is, again, it’s an arm of government, it’s independent, but it’s still issuing government liabilities, indirectly.

Tom Temin: We’re speaking with David Beckworth, senior research fellow at the Mercatus Center at George Mason University and former Treasury Department economist. So therefore, someone appointed by the president and confirmed by the Senate – Chris Waller, for example, the latest new Fed board member – even though it’s independent, the members are appointed politically. So how does that all work? And why is this person a good choice?

David Beckworth: Well, the appointments are generally given to these 14-year terms. Now, Chris Waller, in particular, I believe, has 10 years. So he’s been appointed to a term that has already had some time eaten up on it. So he’s not getting the full 14 years. But oftentimes, people will get appointed to 14-year terms, what’s left of them, and then they can get reappointed. They’re only supposed to serve one full 14-year term. And the 14-year term gives them independence from the sitting president and Senate who appointed them. So that’s the idea, it’s kind of like Supreme Court justices, but on a smaller scale. Why does Chris Waller matter? Well, he’s going to go in and be a part of the body the makes a decision on whether to keep interest rates low going forward, whether to raise them up, and he shares the vision consistent with what the current Federal Reserve is doing. And what they did, there is a big change that’s kind of been lost in the news is they have committed to keeping rates lower for longer, specifically tied to the inflation rate. The Fed has persistently not hit its inflation target the past decade. And so they’re going to work extra hard as they claim they are to get it back up. And what that means in practical terms for you and me is lower rates for a longer period.

Tom Temin: But lower rates for a longer period, then also would have less effect on the government’s debt service as a part of the budget. And therefore, that’s really kind of saving the government in a sense, because if interest rates rose on the federal debt, that slice of – which is bigger than the Defense Department at this point, and approaching the size and expenditures of some of the big, untouched entitlement programs – that could squeeze out a lot of other spending if it really got out of control.

David Beckworth: Yeah, absolutely. So to the extent the Fed purchases the government debt and its low-rate policy does bleed back into the cost of what Congress has to pay, yes, it will definitely make life easier for the Treasury Department and Congress to finance itself going forward. Again, I would just stress that even if the Fed weren’t doing this, many people would argue rates would still be low, just because there’s such a huge appetite for US government that you can think of people not literally, but figuratively, at the door of the US Treasury, knocking, “Knock, knock, knock – we want more debt.” And because there’s this huge demand, the Treasury can offer lower rates. But what the Fed does is above and beyond that, it adds a little extra pressure to push those interest rates down. So yes, the Fed is indirectly helping our financing costs.

Tom Temin: And just looking at this more as a philosopher and maybe perhaps less as an economist, is there a point in the future at which other sovereigns might say, you know, what? I’m not so sure about that US debt anymore? Would that be indicated by just the size of the debt already that they would be buying into? Would it be a function of what the economy is doing? What could be the turning point?

David Beckworth: You’re asking for a tipping – what’s the tipping point when people around the world who are knocking at the door say “I don’t want to knock at this door anymore.” Well, I think it’s gonna be really hard to find a substitute for the dollar. So you’re right. That is a question to think about and in fact, lots of people talk about this. During this crisis, all this run up in debt, “Oh, is this the moment when finally the dollar loses its status as the reserve currency of the world?” But here’s something just to think about. So if you measure all the dollar assets, so treasuries but also other government assets, other private assets, the world likes dollar denominated assets, because they know they’re relatively safe. And they know they’ll be effectively bailed out by the Fed. So if you – one measure, there’s different measures but one measure of the total amount of dollar assets, dollar denominated assets outside the U.S. is close to $30 trillion, some are larger than that. So again, that’s everything from dollar bank deposits, to government bonds to corporate bonds, so forth. It’s hard to think of anything that could replace that size of assets. So let’s say you do have doubts about the US government, the US economy, where are you going to run to place $30 trillion? You might say gold or crypto currency but 30 trillion is a huge number. So it is really hard to imagine. And we would have to have a near end of the world scenario for people and dumping. The dollar is so pervasive, they call it dollar dominance. It’s a network – once people use it so much, it’s hard to break out of it. But it is possible, I don’t want to discount that.

Tom Temin: And just getting back down to earth, as a functional matter do Treasury people regularly interact with Fed Reserve people on a day-to-day basis?

David Beckworth: Yeah, yes for example, Secretary Mnuchin, US Treasury Department secretary, he interacts regularly with [Jerome] Powell, the Fed chair. They would have breakfast together and of course, when the crisis was at its peak, they were talking on the phone all the time. Yeah, absolutely. So in theory, again, you want to try to keep some some kind of wall between them because you don’t want the Treasury Secretary saying, “Hey, Fed chair, I want lower financing costs.” That has happened in the past. There’s a famous story: World War II, President Truman was browbeating the Fed and keeping rates low so the government would have low costs, and eventually the Fed rebelled. And I think he once called this famous “Fed accord.” They said, no, we can’t do this because if we continue to keep rates low, what could happen and was happening was higher inflation. That’s the fear. If Treasury is putting too much pressure on the Fed, then you could end up with high inflations, which is that something would be – from the 1970s. So that’s the fear but I think we’re a long ways from that point now. 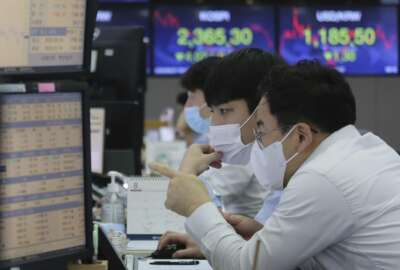 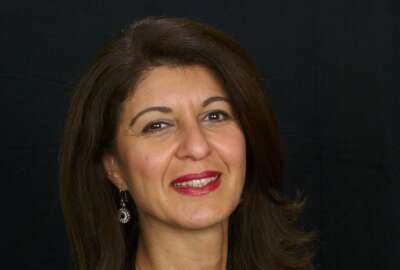 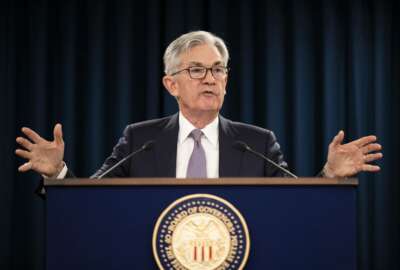