What happens if your health plan goes postal?

What would a standalone health plan for postal workers and retirees mean for other government workers at Interior, the FAA, the General Accounting Office, Pentagon and the IRS and other agencies? What impact would it have up to 2 million postal workers, dependents and retirees left 8 million member Federal Employee Health Benefits Program for their own plan or plans?

Would any new postal-only plan or plans, still in the planning stage, strengthen or weaken the FEHBP program that is considered the gold standard of employer-sponsored health plans? Earlier this week, the government announced that premiums for plans in the Affordable Care Act (aka Obamacare) would be going up an average of 26 percent. In January, by contrast, FEHBP premiums will rise an “average” of 6.2 percent for workers and retirees. The government will continue to pay 72 percent of the premium for the average non-postal worker and retiree and even more than that for clerks, letter carriers, mail handlers and other postal employees.

In September, this column reported on a new study by the Heritage Foundation that warned  plans to reorganize the postal service and set up its own health program could be problematic. Heritage is a conservative think tank and, as the column pointed out, has been the source and data-gatherer for various studies that said federal workers are overpaid (any way you look at it) compared to American workers in general, or compared to private sector people doing the same jobs as government workers.

What made the 14-page postal white paper stand out is who wrote it. The author is Walton Francis, the recognized authority on the FEHBP and editor of the Consumer’s Checkbook Guide to Health Plans for Federal Employees & Annuitants. Many federal agencies subscribe to the online version of the guide for their employees. Among other things he warned that the proposed reform would mean shifting postal retirees primary coverage from the federal FEHBP program to Medicare. That he said, would have a significant impact on the retirees and taxpayers. You can get more details on what he said and the report by clicking here.

But many influential groups with skin in the game — members who have a major stake in the federal health program — say Francis got it wrong on many points. Fredric V. Rolando, president of the National Association of Letter Carriers acknowledged Francis’ expertise in the insurance program, but wrote him that “your understanding of the proposed postal reform bill, and who is backing it is seriously lacking.” The letter also said that when Francis appeared on our Sept. 28 Your Turn radio show that Francis made “a number of statements about these issues that are simply not accurate.”

The National Association of Active and Retired Federal Employees said while it supports efforts not to force postal retirees into Medicare against their will, also voiced, “skepticism over the estimations provided in the report, as well as concerns that FEHBP was mischaracterized in a political climate where Congress is looking to take benefits away from the federal community. “ Jessica Klement, NARFE’s legislative director will also be on the show to give NARFE’s position.

So, today at 10 a.m. EDT we will be talking with James Sauber, chief of staff of the NALC, about the postal reform package, where it’s at in the legislative process, what it would mean for feds — postal and non-postal — and retirees. He will also deal with the issues of cost in the proposed program, where the money would come from and what, if anything, the shift to Medicare would mean for retirees and the taxpayers. The show will be archived on our website immediately after it is aired so you can listen anytime.

If you have questions about the reform proposal please email them to me before showtime (10 a.m. EDT) and I will ask Sauber to comment.

In 2001, the Hang Fung Gold Technology Group manufactured a 24 carat gold toilet worth $2.5 million. For an extra $1.3 million, you can purchase a matching solid gold toilet paper roll. 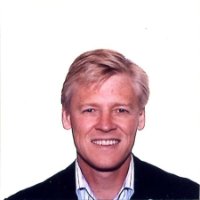 12 tips to choosing the right legacy IT modernization partner

The good old days: When a COLA was a COLA

HAV or HAV-not: DOT ponders a self-driving future