Sexual harassment at the office: Lessons not learned

The first case of sexual harassment in the workplace probably occurred around 10,000 to maybe 15,000 B.C., when a group of entrepreneurial Cro-Magnon guys opened a spear shaft factory and advertised for a woman who was quick with a chisel to take notes on their rock tablets. Shortly after she joined the crew, several of the guys — probably Murax and Zog — started doing stuff that their 21st-century descendants would say constitutes a hostile...

The first case of sexual harassment in the workplace probably occurred around 10,000 to maybe 15,000 B.C., when a group of entrepreneurial Cro-Magnon guys opened a spear shaft factory and advertised for a woman who was quick with a chisel to take notes on their rock tablets. Shortly after she joined the crew, several of the guys — probably Murax and Zog — started doing stuff that their 21st-century descendants would say constitutes a hostile work environment.

Not much has changed, it appears. We ‘discovered’ fire and figured out the wheel, but in some areas, we (many of us guys) are still knuckle-draggers.

Sexual harassment — on and off the job — has probably been around forever. In fact, it has only been considered naughty for a few decades. And yet, some guys still haven’t gotten the memo. In addition to really stupid guys who don’t get it, some otherwise very smart, successful, even religious types do it, too. Many, maybe most, never get caught, or if they do, rarely get punished for it. Back in the day, when an executive had an affair (consensual or not) with a subordinate, the thing was to transfer, sometimes pay off, or fire the woman.

Nobody knows whether the prevalence of workplace sexual harassment is worse or better (happening less often) now than it was then. Or if it happens more, or less, in government than the private sector. Or the military.

What we do know is that it is still happening and that it is usually (but not always) men bothering and intimidating women. Or other men.

The latest high-profile case in government involves a high-level Interior Department law enforcement official. He’s accused by six women of touching them and inappropriate conduct and comments. After seeing a female subordinate icing her leg after a bike ride, he allegedly uttered this mother-of-all-bad-pickup lines. To wit: “Do you want me to be like your daddy and kiss your boo-boos all better for you?” Seriously.

Some of Interior’s National Park Service executives and employees have been accused of patterns of sexual harassment. Several have decided to get out of Dodge. Others face, or probably will face charges.

Obviously, it’s not just in government or the military. The quick-to-scold media has produced many, many examples of sexual harassment of the worst (and stupidest) kind. Can you say Megyn Kelly?

In the latest case, brand-new Interior Secretary  Ryan Zinke is on the case. Zinke is from Montana, which is scary enough. But he also wears a lapel pin on his business suit which shows he was a Navy SEAL. Wearing one of those, or an Army Ranger tab (like my son-in-law, Rick) is a badge of honor. People who wear them but didn’t serve in the elite units learn the hard way (“stolen valor”), that’s not a smart move. Zinke is the real thing. And on his first day, he emailed each Interior employee warning them about “lapses in judgment.”

So guys, if you are thinking about winning a fair maiden by proposing to kiss away their boo-boos, hold those thoughts. And hold your tongue. Think unevolved thoughts if you must, but don’t say stuff like that out loud without supplying barf bags to all present.

The writing is on the wall. Only the size and location of the caves have changed.

Over the past 20,000 years, the average volume of the human brain has decreased from around 1,500 cubic centimeters to 1,350 cc, losing a chunk the size of a tennis ball. 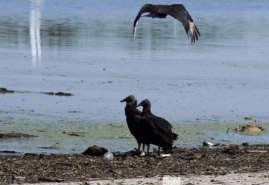 Are those buzzards circling your G fund stash? 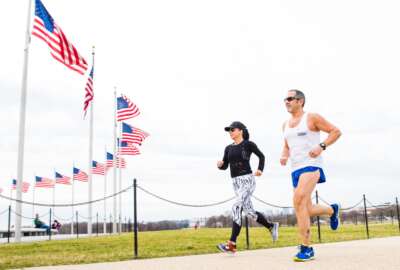