SBA to bring back Bluestein as new CIO

The Small Business Administration didn’t wait long to name a new chief information officer. Keith Bluestein is coming back to SBA to take over for Maria Roat.

Bluestein, who served as SBA’s deputy CIO and acting CIO for about 17 months starting in 2015, is coming over from NASA where he was the associate CIO for enterprise services and integration (ES&I) for the past three-plus years.

A SBA spokesperson declined to comment on the status of its CIO.

Roat, who had been SBA’s CIO since 2016, is now the federal deputy CIO at the Office of Management and Budget. She started at the end of May.

Bluestein is no stranger to SBA having held the acting CIO role before Roat joined the agency. During his first tenure, Bluestein kicked off several IT modernization initiatives, including the use of Office 365 in the cloud and network and data center modernization efforts.

In coming back to SBA, he inherits a much different organization than what he left. SBA is almost all in the cloud, at the forefront of cybersecurity initiatives, including the continuous diagnostics and mitigation (CDM) and Trusted Internet Connections (TIC) programs, and moving toward modernized digital services.

SBA has an IT budget of $117 million, but received hundreds of billions of dollars under the stimulus bills that are forcing acceleration of updates across its IT infrastructure. The Federal IT Dashboard says 88% of SBA’s projects are on schedule and 100% are on budget.

Guy Cavallo, the SBA deputy CIO, said at a recent AFCEA Bethesda webinar, that the agency has seen a 8000% increase in web traffic over the last three months, developed online loan applications in a matter of days and stood up more than 2,000 virtual desktops for employees to connect back to the network and get their work done.

“Overnight, we were able to fix this because of the three-and-a-half years of work that happened before that,” Cavallo said, citing the fact that nearly 100% of employees were able to telework on Day One of stay-home orders. The groundwork included commercial cloud use, increasing virtual private network (VPN) capacity and ingesting large quantities of portable computing devices.

As associate CIO for ES&I at NASA, Bluestein manages all NASA enterprise IT services within the Office of the CIO, including end-user services, communications, computing and IT security support.

Before coming to SBA the first time, Bluestein spent his entire career working for the Navy, including four years as the CIO of the Navy Engineering Logistics Office. 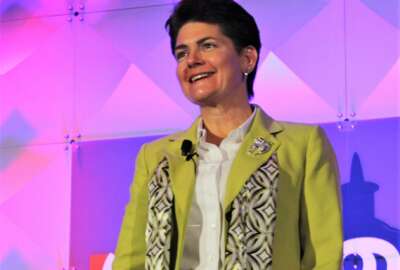 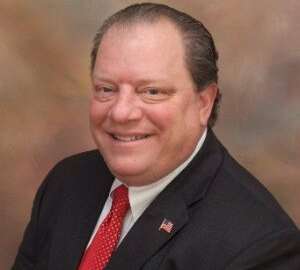 How much is enough for IT modernization? 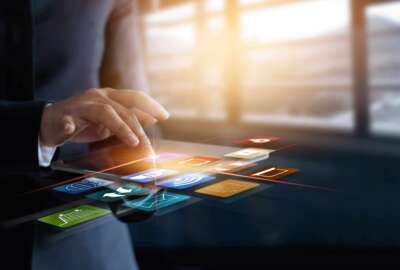