State to name DoD’s Fletcher as its new CIO

At the same time State is filling its CIO, the National Institutes of Health announced Andrea Norris, its CIO, will retire...

At the same time State is filling its CIO, the National Institutes of Health announced Andrea Norris, its CIO, will retire on Dec. 31.

Norris is one of the longest service agency CIOs, joining NIH in 2011. She has more than 30 years of federal service.

“NIH has benefited greatly from Andrea’s rich knowledge in strategic planning, business management and technology. She established the NIH Science and Technology Research Infrastructure for Discovery, Experimentation, and Sustainability (STRIDES) Initiative, which accelerated the adoption of cloud computing by the NIH-supported biomedical research community,” wrote Lawrence Tabak, who is performing the duties of the NIH director in a statement. “She also led the expansion of Biowulf, which is ranked as one of the top supercomputers in the world devoted exclusively to biomedical research and is NIH’s high-performance computing environment used by researchers at NIH. This expansion resulted in a 500% increase in computing capacity and significant modernization of NIH’s overall computing and networking environment.”

State’s hiring of Fletcher is an interesting choice. She has never worked for State, spending almost her entire career in the Defense Department, apart from an 18-month stint at the Homeland Security Department.

Besides the last two CIOs, Stuart McGuigan and Jones, the previous technology leaders all have worked for the State Department for all or most of their career.

Fletcher, however, brings six years of leadership experience in DoD, including the last year as both acting DoD CIO and principal deputy CIO.

She joined DoD in 2011 as an operations research analyst in the Command, Control, Communications and Computers and Cyber (C4) and Information Programs Division.

Fletcher also worked for the Department of the Navy as principal deputy CIO and acting CIO before moving to the Office of the Secretary of Defense.

At State, Fletcher will inherit an IT budget of $2.5 billion, of which $1.9 billion is spent on operations and maintenance of legacy systems, according to the Federal IT Dashboard.

Of the 41 major projects at State, six received a CIO rating of “green” or low risk, two received a rating of “red” or high risk, and 33 were “yellow” or medium risk.

Additionally, most projects are on budget and schedule, according to the Federal IT Dashboard.

Fletcher’s biggest challenge, however, will be bringing all the different bureaus and offices together under the CIO’s purview. This has been a systemic issue for previous State CIOs, particularly around cybersecurity.

Jones said State was close to changing the name of the CIO’s office, the Bureau of Information Resources Management (IRM) to the Bureau of Diplomatic Technology. It’s unclear if State leadership signed off on the final approvals yet.

NIH looking for a new CIO

Over at NIH, Norris’s decision to retire comes after a successful tenure of more than a decade.

Norris, who also is the director of the Center for Information Technology (CIT), developed the first NIHwide technology strategic plan. She also led the implementation of a 100-gigabit high-speed networking infrastructure to support public access to health and science information and connect researchers around the world.

“Under her leadership, communication and digital capabilities for NIH staff were significantly expanded, including a broad range of NIH IT systems and services that support research and operational activities,” Tabak wrote. “Andrea also is responsible for NIH’s cybersecurity program, which was significantly bolstered under her leadership to reduce high-impact risks, including maturing the cyber tool infrastructure with multiple layers of defensive software and implementing state-of-the-market secure identity and access technologies to support more than 300,000 researchers who access NIH data resources and systems.”

Tabak said NIH will begin a national search to replace Norris. Dennis Papula is the deputy director in the Office of the CIO, but it’s unclear if he will be acting CIO when Norris leaves in a few months.

During her time at NIH, Norris served as a fellow in the National Academy of Public Administration and received the Theodore Roosevelt Government Leadership Award. She also was recognized twice with the Presidential Rank Award, once at NIH and once at NSF, for Meritorious Service for delivering exceptional public sector leadership and high-impact results.

NIH has an IT budget of $1.6 billion that supports the research of NIH’s 27 institutes and centers as well as researchers at more than 2,500 universities and medical centers across the country that receive agency funding support. 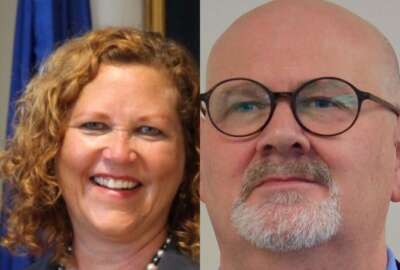 Cloud Exchange: NIH and NHLBI are innovating through cloud services